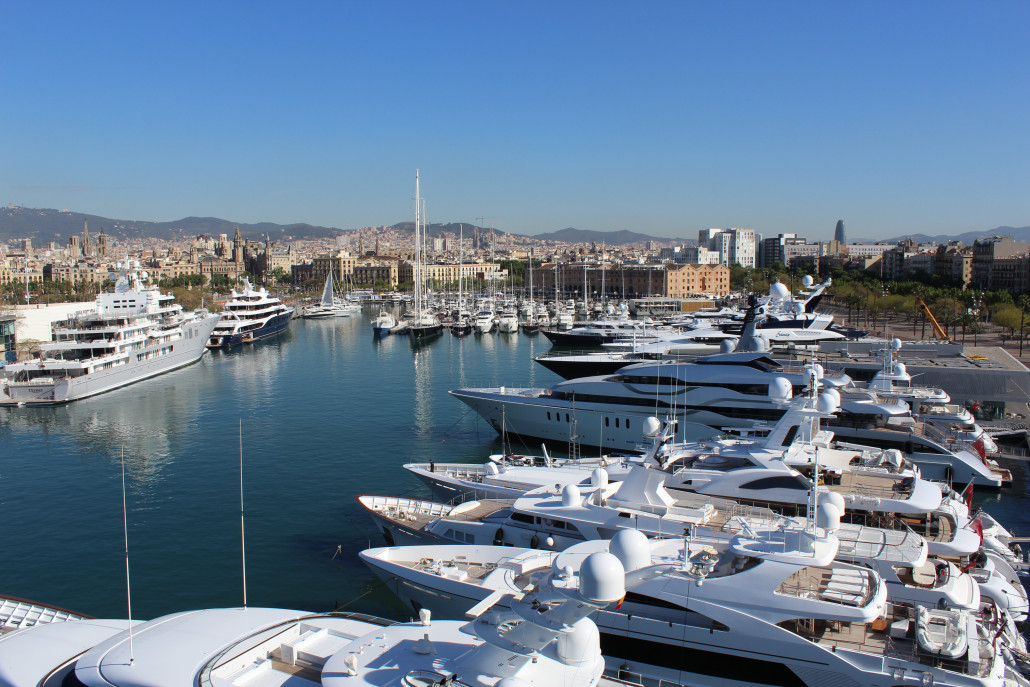 Barcelona on the Rise with 160m Superyacht Berth Sale

Just a few short days after the sale of their largest berth yet, we had the pleasure of speaking with General Manager at OneOcean Port Vell, Paul Cook, to discuss the monumental sale of a 160m superyacht home, which offers a prime position on Barcelona’s glistening Spanish Quay.

Reporting on one of the biggest berth sales ever, and an increasing and escalating demand for room, we wanted to know exactly why owners were choosing not only the location, but the marina itself and in addition, what it means for the city. Discussing the excitement around the news, Cook began: ‘’It’s a game-changer for OneOcean Port Vell and Barcelona. I think for marinas in general it’s significant. There haven’t been any major long lease sales for a couple of years now so hopefully this will be the change in tide that was needed.’’

And, of course, there are plans to sell more long leases. Surprising figures in the marina’s traffic were promising to say the least; ‘’Spanish Quay is the longest berth in the world but we cannot sell every meter of it. We’ve only got 215m left now and as you can imagine the phone just hasn’t stopped ringing. One client has a draft contract , which we are hoping to close soon. With the large number of 100m being built at the moment they have nowhere to be berthed and this has put us at the top of the tree which is fantastic news.’’

The main attraction is of course the capacity of Port Vell. Finding a home for such a huge vessel is a challenge and when superyachts are involved, it’s not always possible to find somewhere suitable to accommodate them. We asked whether or not the owner was planning on making OneOcean a home port and with an unsurprising answer; ‘’they’ll probably use it mainly as a winter home port and a central base but the owner has been incredibly smart, as I am sure they have also thought about their friends and business colleagues who own or charter yachts and the fact they can offer the use this berth located in one of the world’s best marinas, in the heart of one Europe’s best loved cities and strategically located to cruise elsewhere in the western Mediterranean.’’

Following a recent 100 million dollar investment from the UK-based Salamanca group, the marina is now considered one of the premier superyacht destinations in the Med. A combination of city-charm, the best suburban-beach in the world  and attention to detail from all involved, Cook was able to comment on why exactly it’s worth-while investing in OneOcean;  ‘’You cannot get a better location than OneOcean Port Vell. It’s such an upcoming marina in a favorite city. We’ve had another record breaking winter and we’re looking forward to the summer. We try to attain the levels the captain and crew provide on the yachts so our service is paramount and that customer care and reputation is what we build ourselves on. This is why the yachts keep coming here and what they love about the marina staff. ‘’

The draw of Barcelona and Port Vell is therefore becoming more and more apparent and this sale seems to be only the beginning however it’s also important to look at what the city will reap in return; ‘’It’s incredible for the economy and certainly for the local businesses. We recently established a OneCoWork business hub and all the desk space has almost sold out. We’ve had to extend the original area where you can lease a desk for any yacht and marine related businesses. We want to grow this business hub to helps businesses get an office location footfall, to be working in a marine environment with other yacht orientated businesses and to be different to any other marina; that’s our marketing approach.’’

Finally, we had to ask how logistically feasible welcoming a 160m vessel was going to be for those in charge at the marina. Equipped and excited for the arrival, their answer radiated simply “not phased”, and a colossal set of figures to back up that claim…  ‘’We’ve had some of the world’s biggest yachts here. If you look at the number of days stayed from 2015 to 2016 of yachts over 100m we’re up by 3623%. It’s crazy. Over 80m, we were up by 85%- It is because OneOcean Port Vell’s reputation is growing so much, as yachts really appreciate the service and facilities when they visit. It’s a challenge to have yachts this grand as you can measure the crew and supporting workers and contractors in their hundreds not in their 10s. But we are set up to deal with these challenges and Barcelona is also set up to deal with the additional demands and we think the yachting industry here is  just going to get better and better!’’