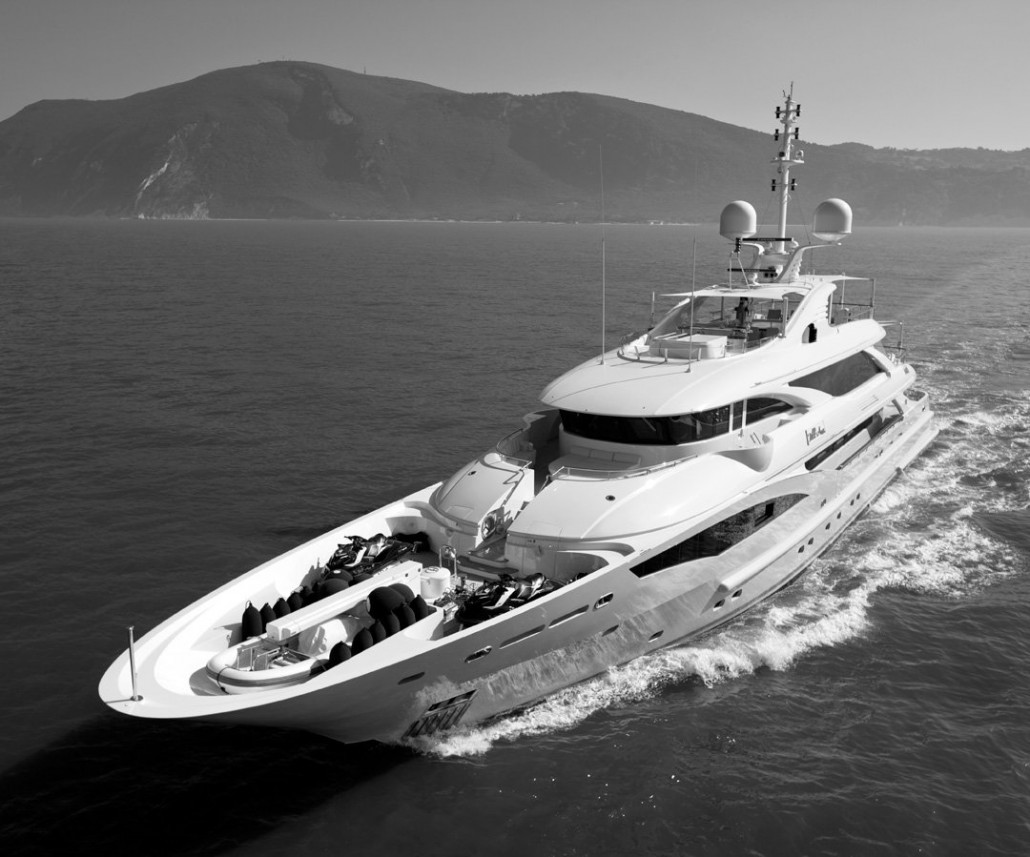 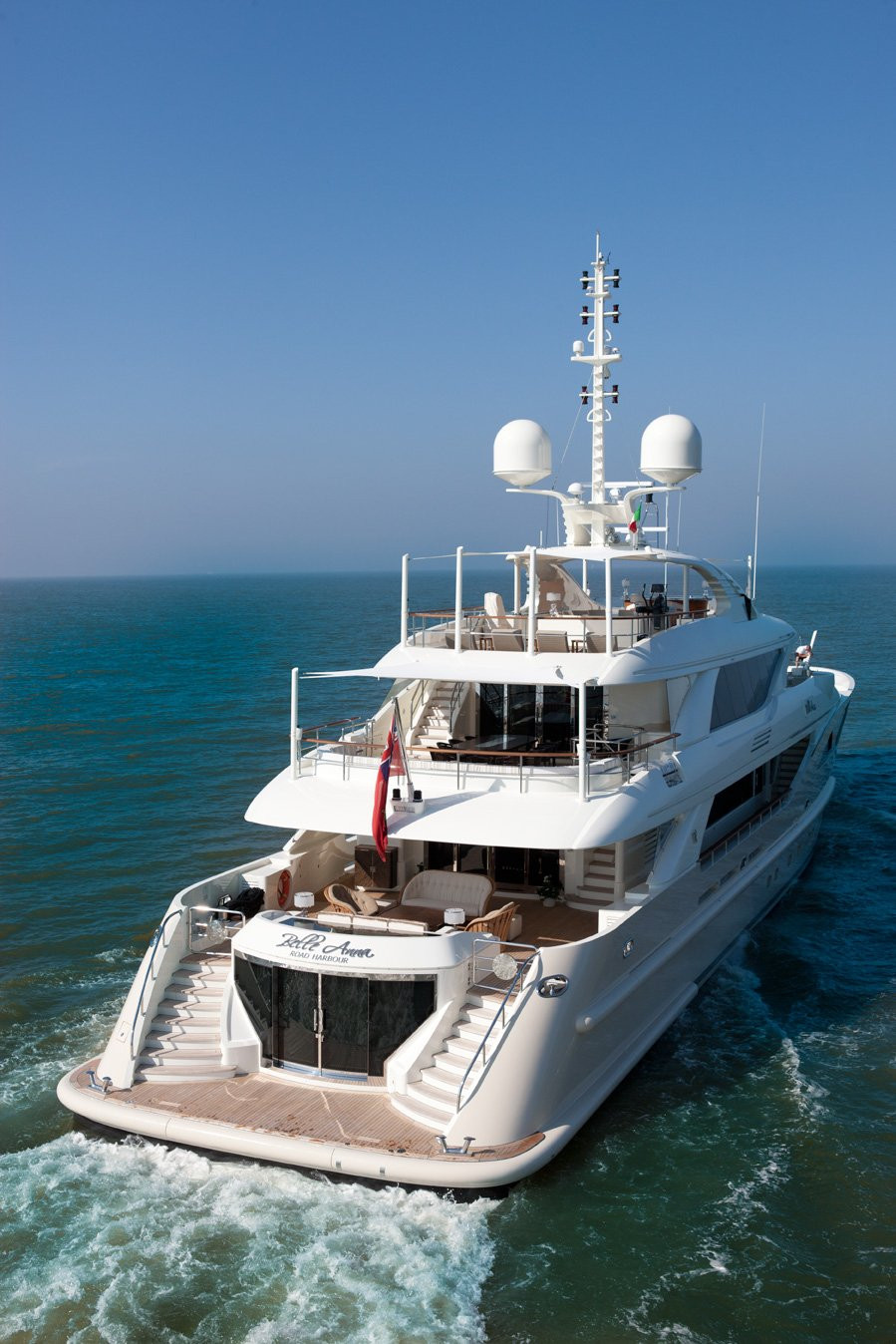 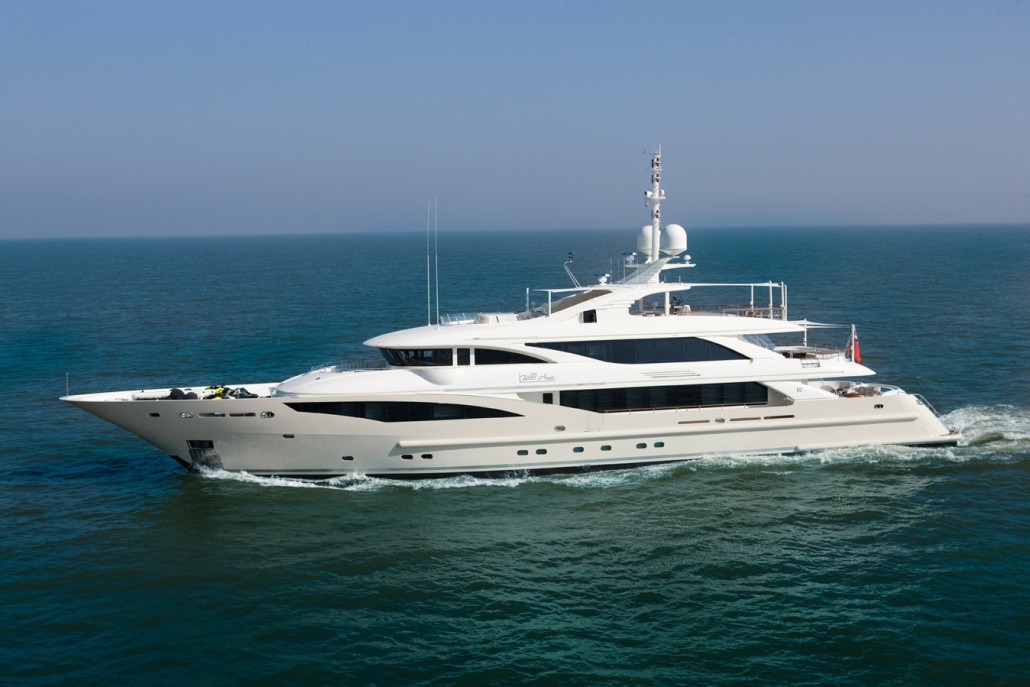 Belle Anna: Life On Board An ISA Superyacht

Developed from the ISA 50m Classic platform, ISA customised Belle Anna to respond to the wishes of a very demanding client looking for a vessel offering big volumes without compromising the characteristic design and comfort found in yachts built by the Italian yard.

“We began paying close attention to other yachts,” continue her owners. “We became frequent guests at Boat Shows. Wandering around the yachts we have noted ISA Yachts which we considered to be a new shipyard. ISA were showing a unique yacht with a beautiful colour and shape. In addition to the stylish yacht we were particularly impressed by the greeting and attention of a Managing partner Mr. Marcello Maggi.”

In effect the exterior lines were magnificently styled by Studio Andrea Vallicelli Design while granting three decks with a 9 meter beam to provide the perfect amount of space. A sense of movement is imbued on board, even when the yacht is at rest, giving her an overall dynamic which is comfortable, sleek and smooth to match her elegant exterior.

“The challenge when designing a 50 metre yacht is always the compromise between the accommodation and technical spaces,” Managing Partner Marcello Maggi explains. “You have to avoid trying to stuff too much into the plan. The ISA 50M CLASSIC is a clever concept which goes further than the usual A,B,C choice of designs.”

While the slender bow lends an aggressive look, the transom – which is accessible by open stairs - is elegantly shaped to leave space for a magnificent beach lounge, opening to the swim platform through two large curved sliding glass doors and forming an important beach area: this is the ideal place for the owners and their guests to enjoy the sea in total relaxation and privacy.
The owner’s privacy in this beach area is ensured by the clever idea of making the operation of the garage tender possible through a convenient hull side hatch located forward of this area.

The yacht can host up to 12 guests accommodated in six cabins of which five distributed in the lower deck amidships and the owner’s suite located in the main deck. The crew quarters include four twin-berth cabins and a Captain’s cabin.

"As soon as a work on the yacht began we had the feeling that our choice of ISA was correct. By the time we launched we were convinced that we had chosen the right company.

Our yacht was delivered on the contracted date, 15.07.2012 at 12pm at the Ancona Shipyard. It was the beginning of our first wonderful vacation on this yacht and we were satisfied not only with exterior look, but with interior design also.

There were many compliments and delights from our friends, who are familiar with yachts. Among our friends one was a fan and owner of Lurssen, who was very critical and sceptical of our boat but unable to make any negative comments.”

The maximum speed of 17 knots and the cruising speed of 14.5 knots are comfortably achieved with the two Caterpillar engines 3512C developing a maximum power of 2400 Hp each; allowing for a phenomenal range of 2500nm at cruising speed and 4750nm at 11 knots.

"As designer for our yacht we chose Francois Zuretti," conclude owners of Belle Anna. "We thought that stylish yachts were Benetti; some of them were made by Francois Zuretti. So we had a great deal with him.

We are planning to use our yacht in the Mediterranean for family holiday only. We are confident that our yacht will continue to bring us true delight!"

"As soon as a work on the yacht began we had the feeling that our choice of ISA was correct. By the time we launched we were convinced that we had chosen the right company."

"As soon as a work on the yacht began we had the feeling that our choice of ISA was correct. By the time we launched we were convinced that we had chosen the right company."