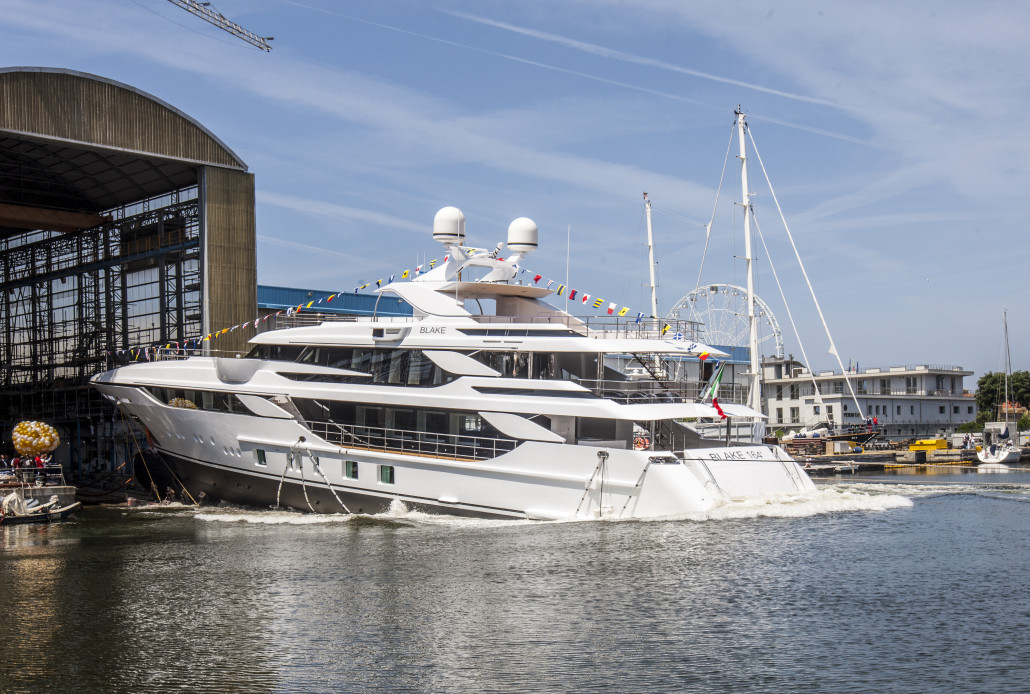 M/Y Blake was launched at the Viareggio shipyard last week and is Benetti's 11th slipway launch since 1999. At 50 metres, fully custom Blake is the longest GRP hull and aluminium superstructure yacht the yard has ever built.

Blake’s distinctive interior layout has been created in partnership with London-based firm Bannenberg & Rowell Design. Functional and liveable on board spaces were a priority with guest areas on the lower deck occupying 310 square metres divided between four cabins. The lounge on the upper deck can be transformed into another VIP cabin. The sun deck has a large area for socialising and the spacious owner’s apartment is forward on the main deck. Neutral shades are used throughout with cool blues and warm peaches livening the palette. Glossy tiles and pearly mosaics combine with rich walnut woodwork to create an offset of geometric shapes throughout.

Further key features onboard Blake include a large garage capable of holding a 6.3 metre tender. Two jet skis are stowed in the bow as well as a rescue boat compartment. To the stern a door can be opened to reveal a spacious beach club with terrace at water level.

Designed for long cruises in the utmost comfort, Blake has a remarkable stability, a low level of noise and vibration and an impressive range of 4,000 nautical miles at 11 knots. She has a cruising speed of 14 knots and a top speed of 15.5 knots powered by two Caterpillar C32 Acert engines.

It has been an exciting month for Benetti, with the announcement of M/Y Botti delivered to her owner on May 4th. Among the other projects due for launch this year, Benetti especially looks forward to introducing the world to 63 metre Project Balance.