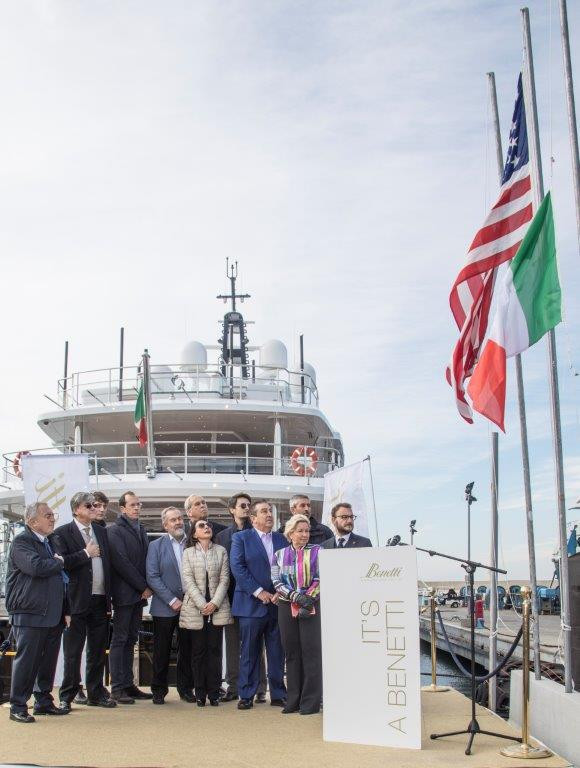 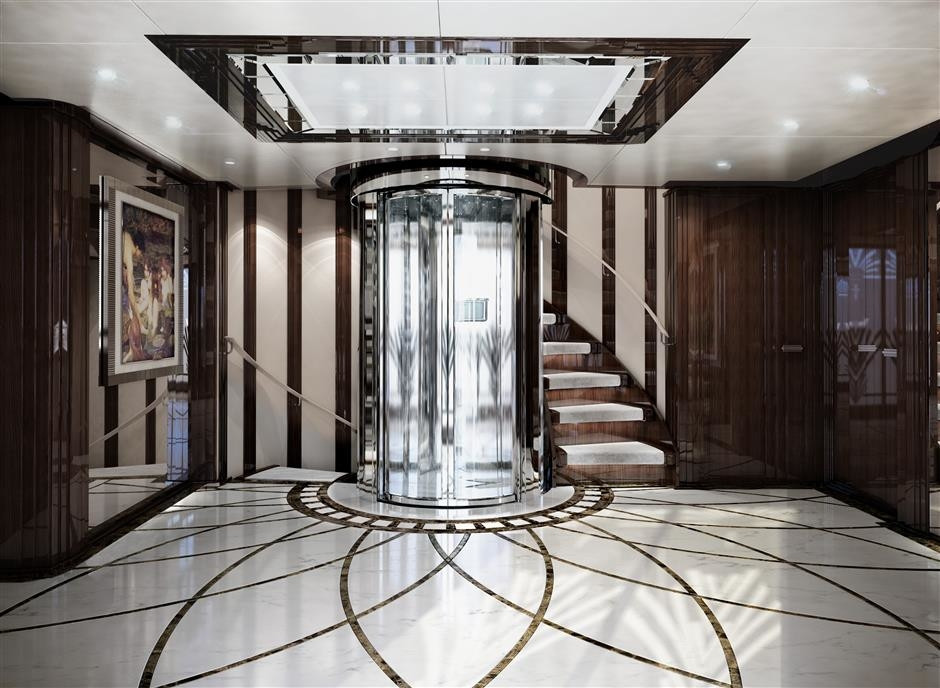 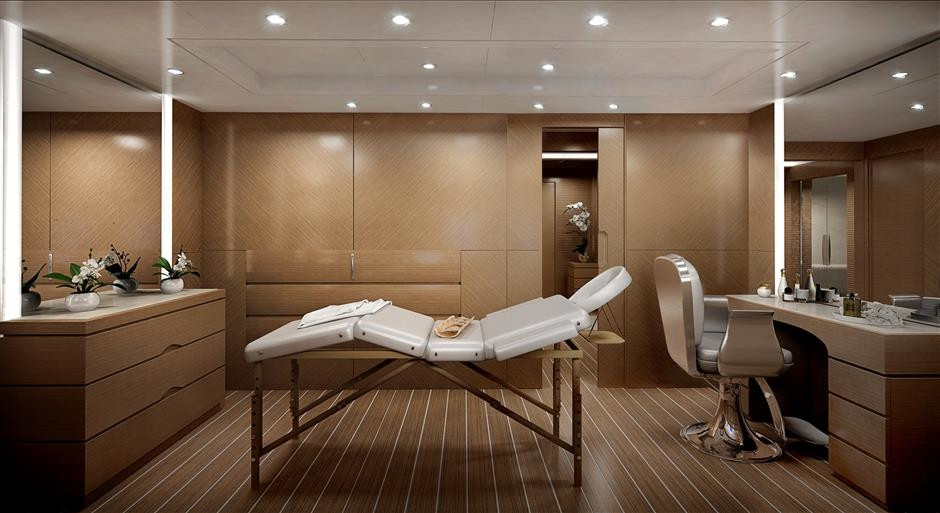 Yesterday, Benetti delivered 69m Spectre during a grand ceremony at the Livorno shipyard. Owner couple John and Jeanette Staluppi - repeat clientele with Benetti in a series of Bond-themed boats - were in attendance during the exclusive reveal. This is a delivery that has been much anticipated since we spoke to Peter Thompson of TWW Yachts about the then-imminent (yet still secret-shrouded) launch…

After numerous challenges, much speculation and 750,000 working hours, Spectre was finally delivered to the New York couple on the 19 November. A product of Italian pedigree and the successor of M/Y Diamonds Are Forever and Skyfall, the vessel that emerged was predictably spectacular. She strikes a perfect balance between sportiness and comfort, also achieving extraordinary capability for a boat of her size.

Spectre’s steel hull, aluminium superstructure, swimming pool and ‘touch and go’ helipad immediately mark her out as a high-caliber yacht. Exterior lines by Giorgio M.Cassetta serve to set her apart, whilst hull lines and naval architecture by Mulder Design are equally distinguished. The Staluppis had a distinct vision of pop-culture cool for this yacht; every line and curve is meticulously planned to marry a sense of sporty adrenaline and Italian sophistication.

This is where Giorgio M. Cassetta came into his own. Charged with the task of designing a boat that replicated the thrill of a sports car whilst retaining a demeanor of class, Cassetta went about creating a fluid yacht with huge volumes. The resultant vessel has a long bow and extended superstructure, with much attention afforded to the seamless joining exterior and interior lines. This unusual level of collaboration between inside and out is evidenced in the outdoor furniture, which has been designed to replicate interior focuses.

Cassetta is uninhibited in his enthusiasm for the project, commenting: "Spectre is a perfect example of a virtuous synthesis between the owners' and the builder's cultures. Benetti has taken up the challenge and created a yacht respecting the highest quality standards."

Dutch firm Mulder Design was responsible for the lightweight nature of the yacht, which was achieved through meticulous research and calculation. The resultant performance is incredible, with the vessel boasting maximum speeds of 21.2 knots. Another way in which Spectre is pioneering onboard technology is in her deployment of Naiad Dynamics Ride Control; originally developed for naval ships, this technology ensures navigation stability and improved comfort.

Reflecting on his 9th collaboration with the Staluppis, founder of the eponymous studio Frank Mulder has commented on how proud he is to have been a part of the construction of the pioneering 69m: “The ground-breaking use of Total Ride Control, which is a combination of roll reduction and pitch reduction, will greatly improve comfort when cruising at 20 knots”.

Spectre’s lower deck is home to a large garage accommodating tenders and jetskis, with an adjacent full-beam complete with gym, hammam and massage room. The main deck, meanwhile, features a lounge, living and dining area, as well as four wine cellars! Moving aft, the main lobby is characterised by a spiral staircase and cylindrical glass lift, whilst an impressive VIP stateroom represents an alternative to the owner’s cabin.

The upper deck is a realm of indulgence, coveting a stern external space housing a 4m dining table, buffet area and space for al fresco dining. Inside, a vast salon with sumptuous L-shaped lounge area awaits. The upper level is completed by a guest lobby and owner’s suite, as well as the unique feature of external access to the bow area. Finally, the bridge deck is appointed with a swimming pool, sunpads, bar, lounge and even more informal dining in the form of two buffets and a pizza oven!

Spectre’s interior is a creation of the Benetti Interior Style Department, with a healthy dose of influence from the Staluppis. The onboard ambience is a tribute to 19th century France; the floor of the main salon is a statement design resembling a Déco style hotel whilst windows simulate Parisian Liberty Shops.

The original concept of M/Y Spectre garnered huge amount of industry attention, and the culmination of the conjecture is every bit as spectacular as forecasted. A supreme result for the owners and shipyard alike, Spectre stands to become one of the proudest symbols of Made in Italy excellence currently cruising the high seas. Spectre is currently listed for sale with TWW Yachts.

"Spectre is a perfect example of a virtuous synthesis between the owners' and the builder's cultures. Benetti has taken up the challenge and created a yacht respecting the highest quality standards"

"Spectre is a perfect example of a virtuous synthesis between the owners' and the builder's cultures. Benetti has taken up the challenge and created a yacht respecting the highest quality standards"