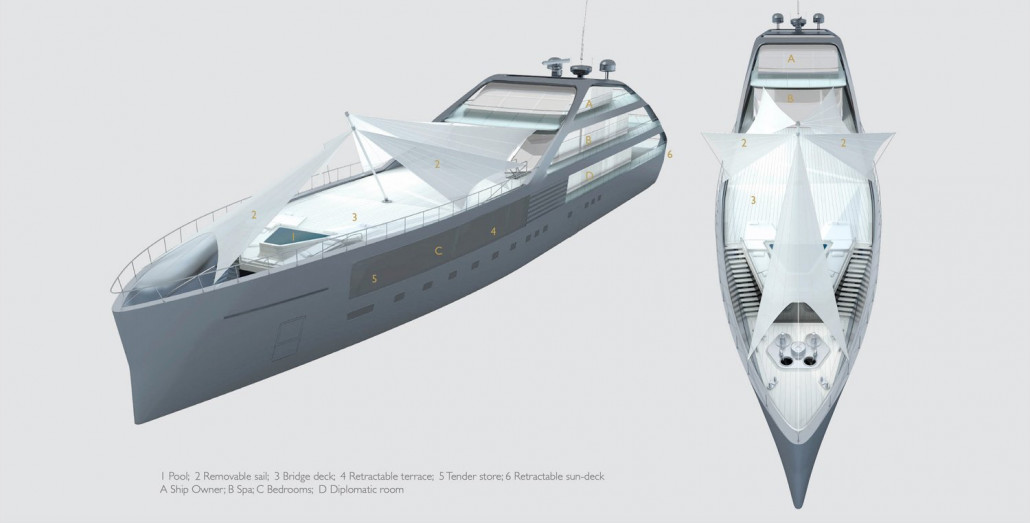 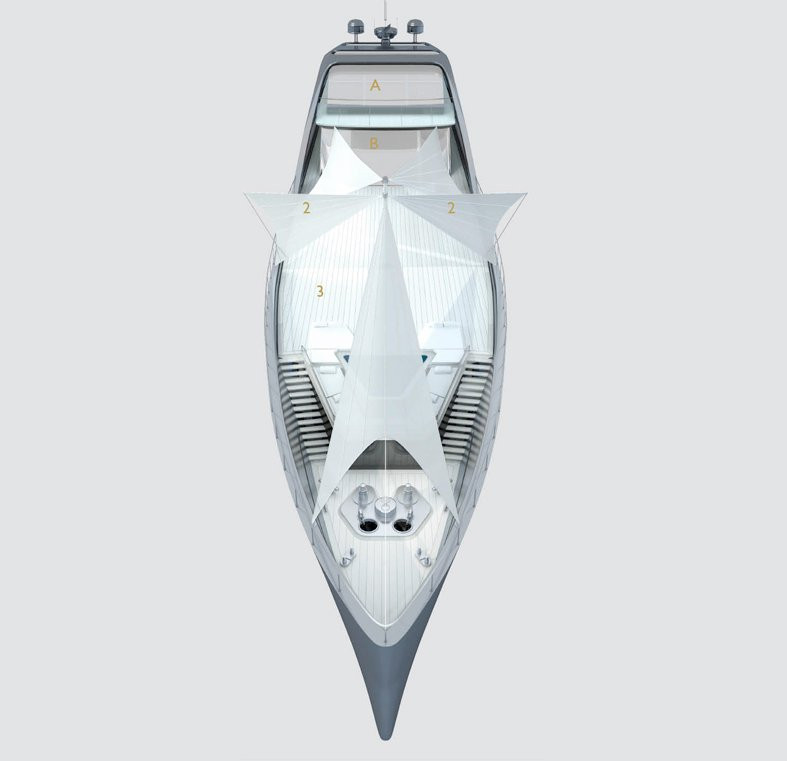 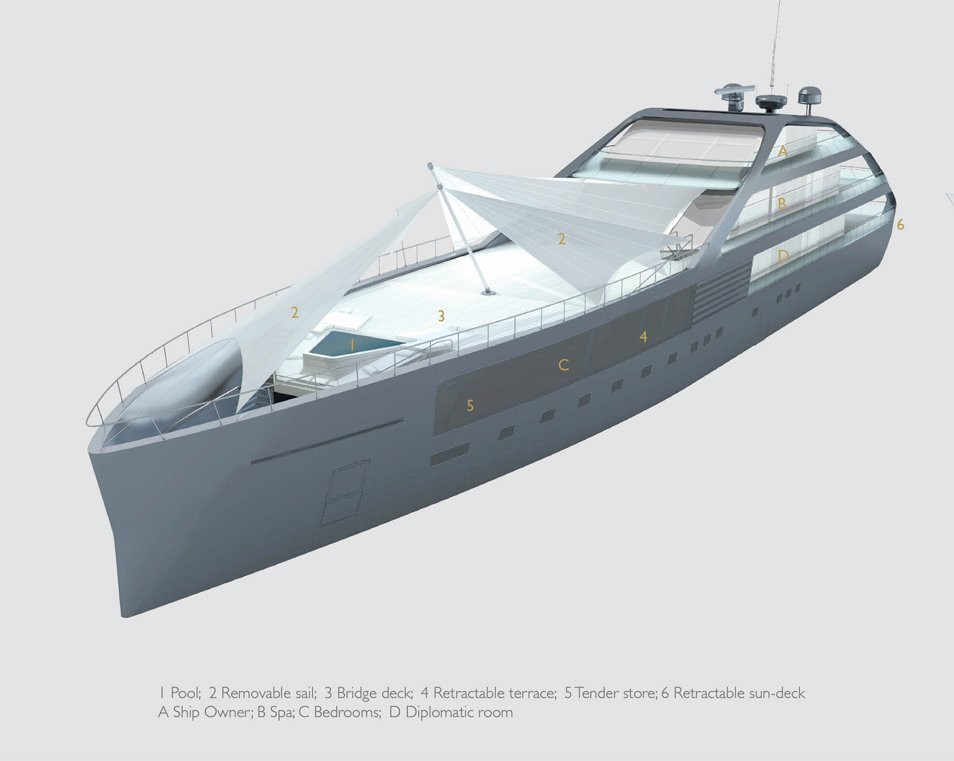 The Benetti Design Innovation Project 2012 has proudly introduced the Jolly Roger concept by Palmoba+Serafini out of the 16 participating yacht designers.

“We started from the idea of ' high-powered car of the sea'. Aristocratic and futuristic. An automotive dna that is in the structures, which release the decks from visual obstruction by giving back the relation with nature and the sea. Finally, large windows and a long deck that looks like a terrace overlooking the water. "

Behind the project Jolly Roger is the desire to rebuild a relationship with the sea, the true drive behind this innovative yacht. The decks are supported by a system of 'ribs equipped' which lighten the volume and allow the insertion of large windows, reinterpreting the element of powers typical of Benetti. A long suspension deck at the bow also becomes an ideal space for relaxing and social gatherings.

The ship owner has an entire floor at his disposal on the top deck, a privileged position that allows him to look at the sky through a removable cover.

The inspiration came from the automotive sector: its lines reminiscent of that of a high-powered car. Jolly Roger re-establishes a relationship between the dynamism and elegance of the yacht and nature.