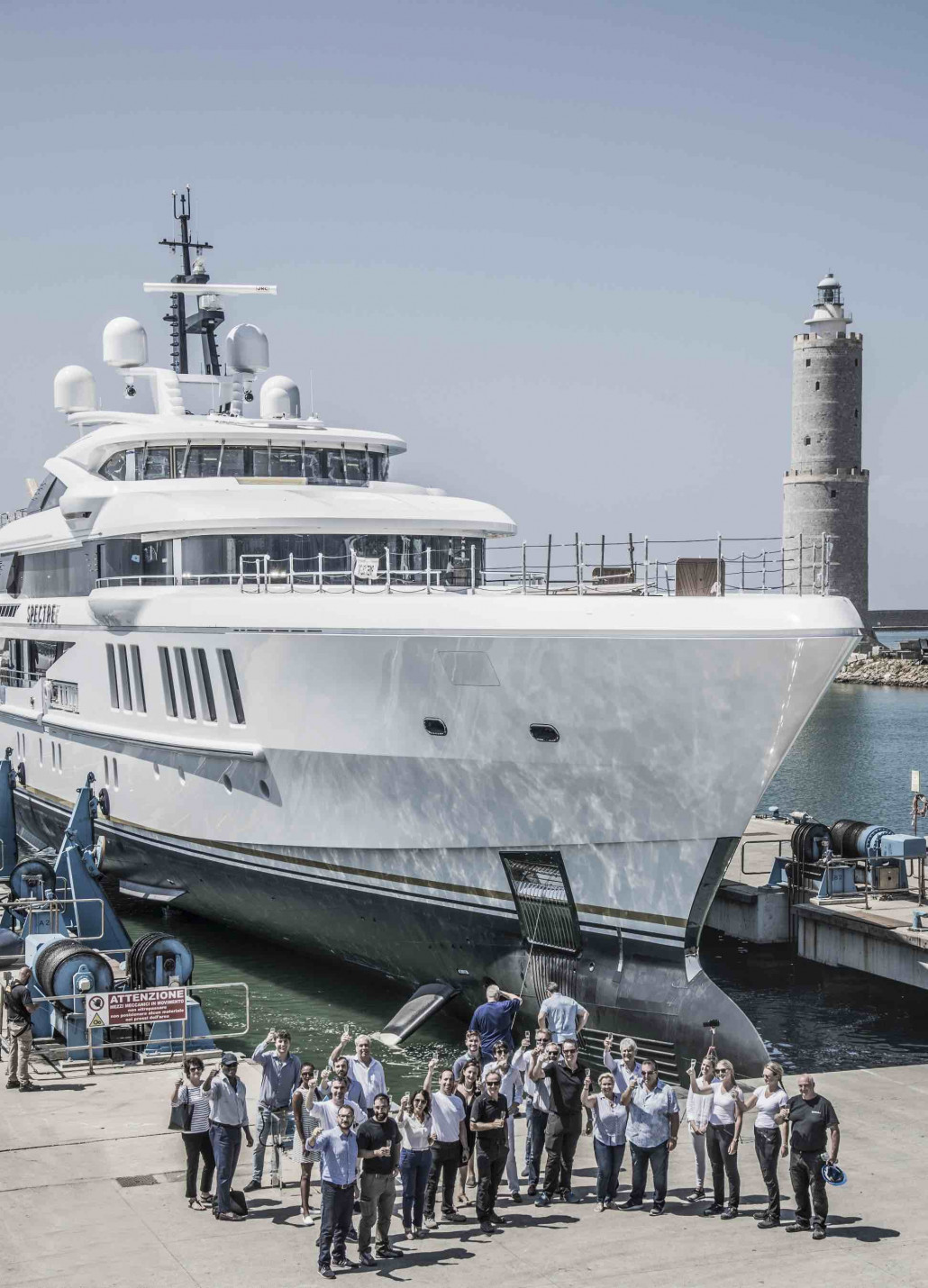 Commissioned by Jeanette and John Staluppi as their third James Bond-inspired yacht, 69-metre motoryacht Spectre was launched on August 10th at Benetti’s facilities in Livorno, Italy.

After Quantum of Solace and Diamonds are Forever, Spectre is the latest project by the New York-based couple, which has been inspired by their love for the James Bond franchise. Spectre has been named after the title of the famous 2015 film, inspired by the novels of Ian Fleming.

With a steel hull by Dutch firm Mulder Design and aluminium superstructure with five decks, Spectre is a fully custom superyacht. The exterior design was completed by Giorgio M. Cassetta and the interior by Benetti’s Interior Style Department, working together to create strongly contrasting spaces.

The exterior contours are contemporary and flowing, giving the yacht a modern aesthetic. Central to the design of the project was the need to stay above a draught of 3.2-metres, as the owners wish to cruise in the shallow coastline of the Bahamas.

The floors and décor pieces and finishes are particularly reminiscent of the French Art Deco period when bold and opulent designs were prevalent. Think of angular, geometric forms, exotic materials including polished woods and lacquer finishes and plenty of metallic finishes in brass and chrome.

Spectre is fitted with Ride Control technology by Naiad Dynamics, which significantly increases stability during navigation from four stabilising fins and three vertically-adjustable blades. She has also been built on a Hi Speed Cruising Hull from Mulder Design, which delivers maximum navigation efficiency with a range of 6,500nm at 12 knots and a top speed of 21 knots — 30 per cent more than a traditional displacement hull.

With the launch of Spectre successfully completed, Benetti looks to a busy production period at its Livorno yard, focusing on some larger projects. With delivery predicted for 2018/2019, Benetti is set to build seven fully custom yachts, including three giga yachts that are each over 100 metres in length.