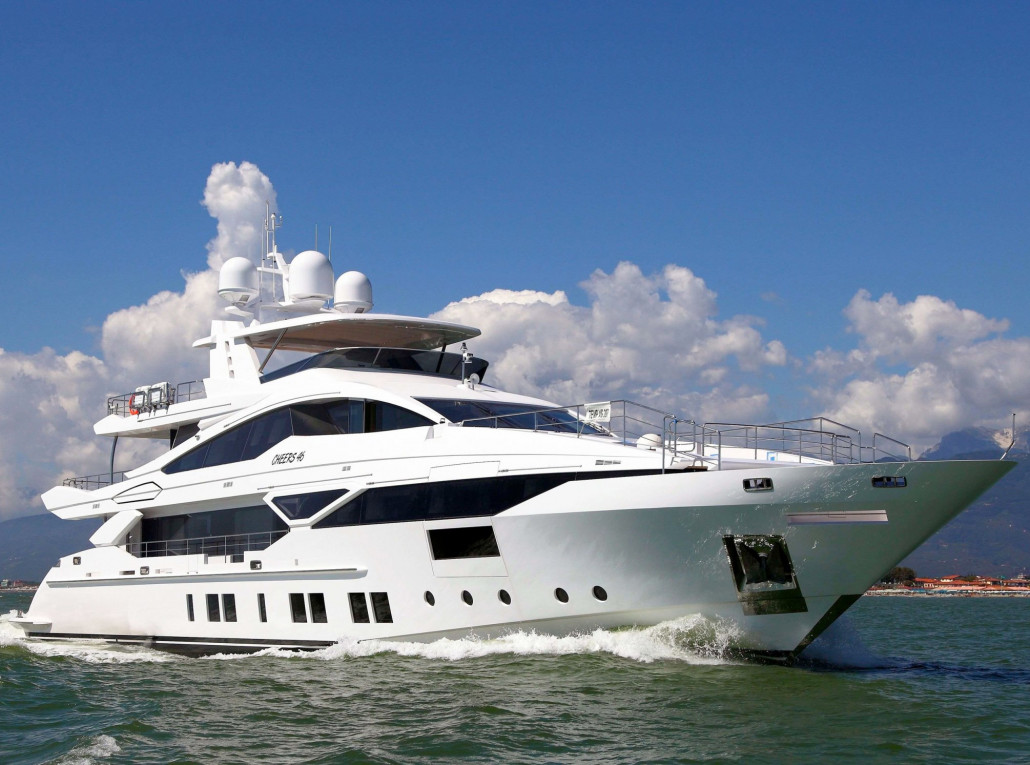 Veloce 140’, the first yacht of the Benetti Class Fast Displacement, is to have its world debut at the 2014 Fort Lauderdale Boat Show at the end of October.

Featuring a new D2P hull designed by Pierluigi Ausonio Naval Architecture Studio and the Azimut|Benetti Research and Development Center, the semi-custom 42-metre motoryacht is considered one of the most technically advanced yachts to launch in recent years.

According to Benetti, the state-of-the-art hull allows Veloce 140’ to reach a cruising speed of 12 knots and a top speed of over 20 knots in total comfort.

The vessel’s exterior styling was developed by Stefano Righini, while the interior design is the work of the British-based RWD-Redman Whiteley Dixon, in collaboration with the owner's personal designer.

As well as being the first yacht of the Benetti Class Fast Displacement range, Veloce 140’ also represents another milestone for Benetti, with its engine the largest ever mounted at the company’s Viareggio shipyard.

Veloce 140’ will be showcased at the Fort Lauderdale International Boat Show from October 20th - November 3rd.