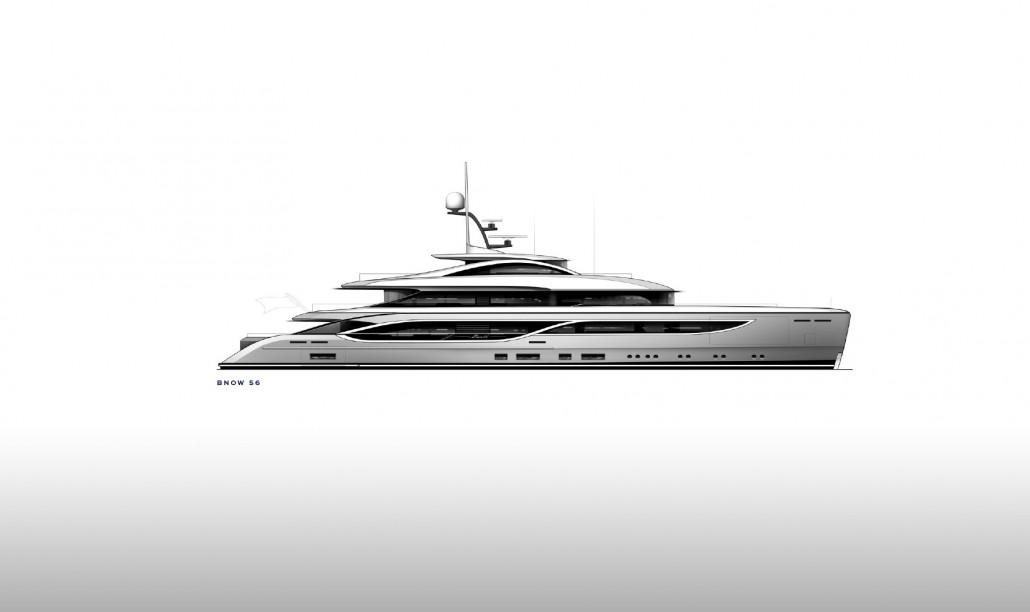 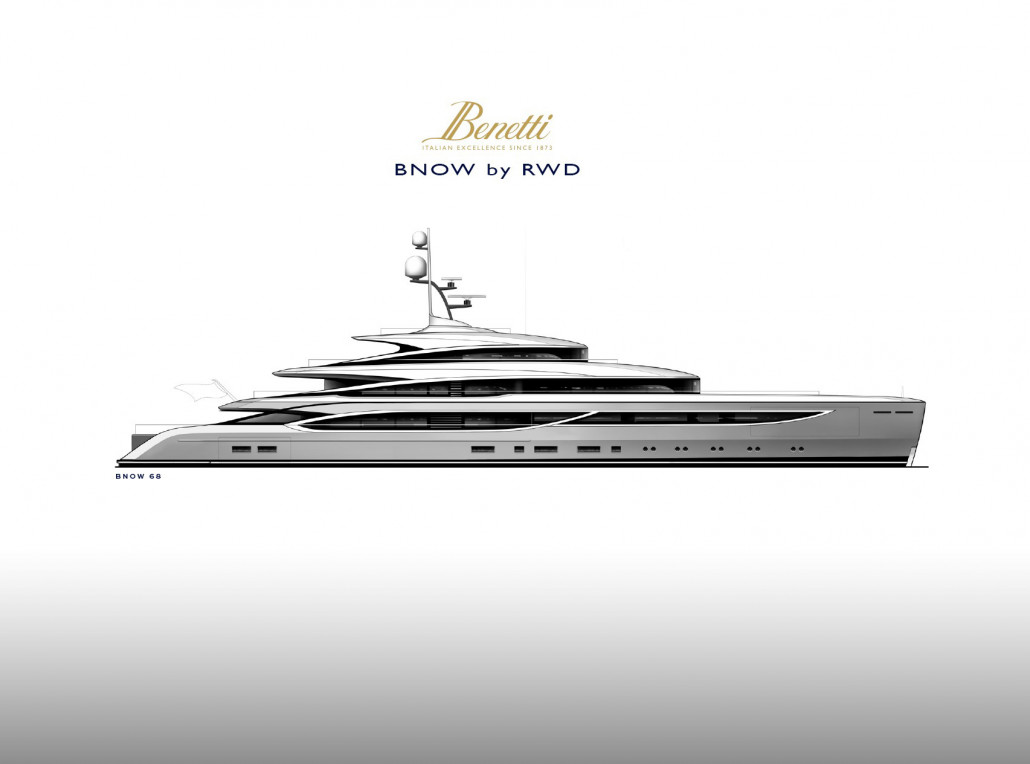 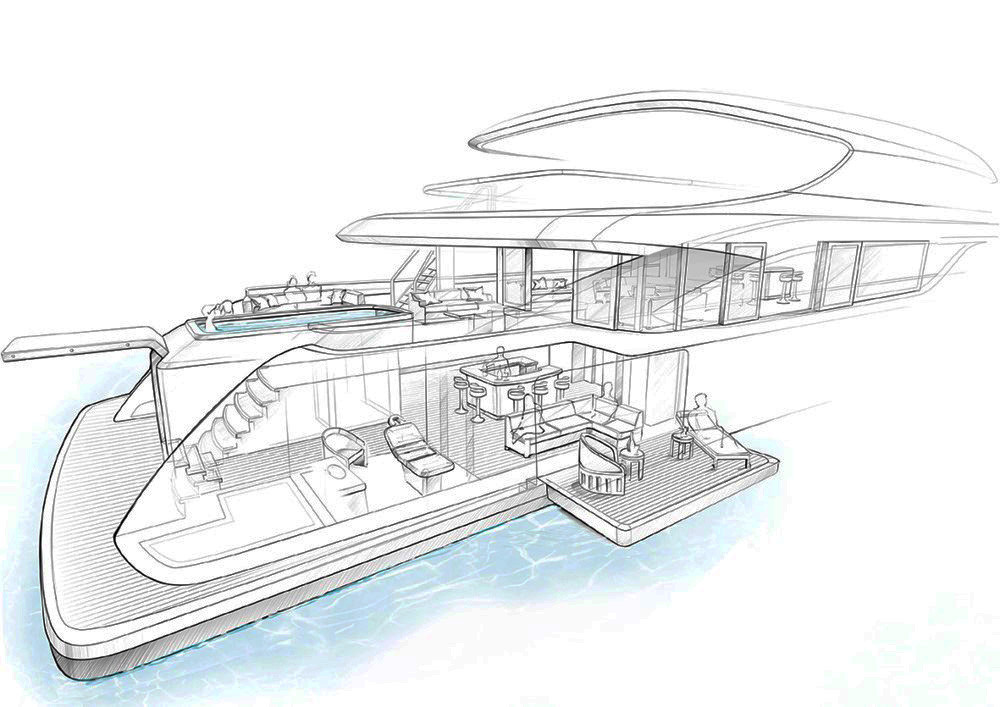 Four new superyacht models have come to light on the docks of Fort Lauderdale today as Italian shipyard Benetti pulled the cover on a BNow by RWD; a new family of displacement yachts created to bring owners Benetti yachts, at reduced delivery times.

BNow by RWD is a new Custom Now product family, offering four different sizes: the smallest is just under 500 GRT and the others move up the spectrum of 56-meters, 63-meters and 68-meters.

Those new models represent an extension of the close cooperation between Benetti and the British design studio RWD, which was announced during the Cannes Boat Show 2017 with the reveal of the new 130’ GRP boat “OASIS”, from the Lifestyle range.

The “BNow by RWD” exteriors and layouts are the work of highly-reputed, UK-based design studio RWD, a long-standing partner of the shipbuilder, and the layout can be revised and tailored according the owner’s requests. The great advantage offered by these models, all characterised by a sleek exterior and a vertical bow, is shorter delivery times, thanks to Benetti’s innovative construction technology.

The layouts feature a new and revolutionary concept of life on board, as well as an innovative use of space, with a very contemporary design approach that strives for high comfort on board and in which a key role is played by light.

Special features to highlight in the “BNow by RWD” models are the wellness areas, which include gyms, spas and beach clubs, as well as modern, informal, indoor and outdoor lounge areas that can easily be customised according to the owner’s needs.

“BNow by RWD” joins “BNow by Natucci” and “BNow Fast by Omega”, launched last year and all part of the Custom Now product family.