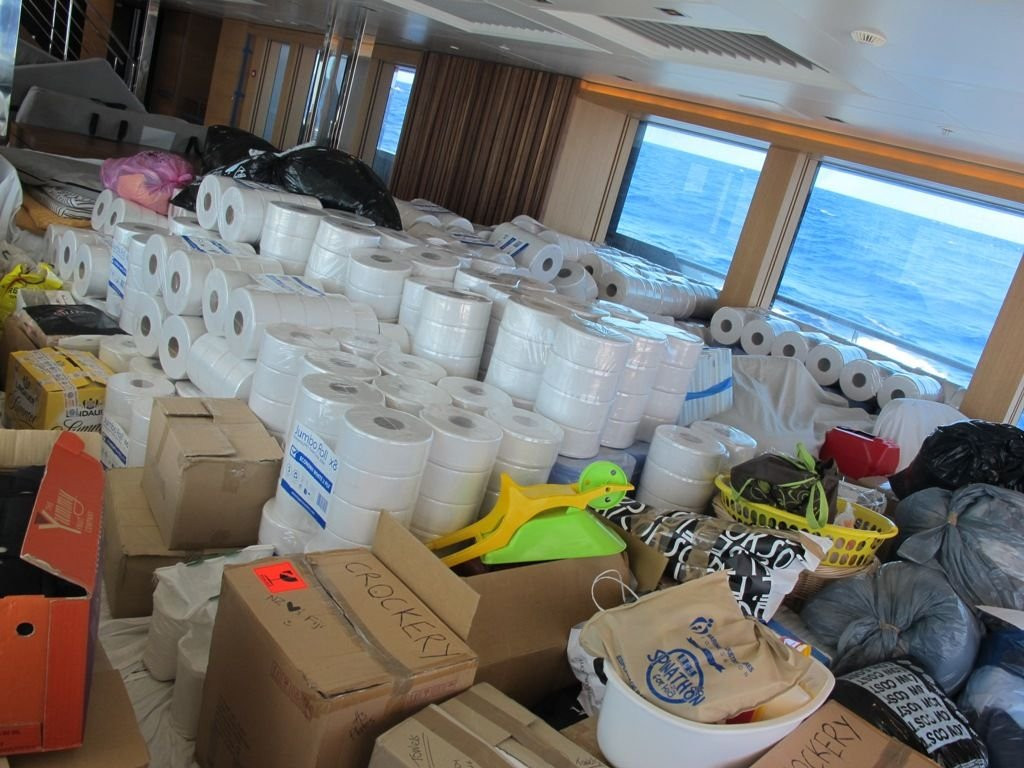 On New Year’s Eve, Big Fish pulled into Lautoka, Fiji, to deliver a mammoth load of supplies for victims of Cyclone Evan. By teaming up with global charity teams, the superyacht industry helped deliver $NZ50,000 of aid in the wake of Cyclone Evan.

Tied up to the Lautoka main wharf, the yacht’s nine crew, spearheaded by captain Winston Joyce-Clarke, unloaded 24 boxes of medical supplies, along with portable generators, mattresses, a cache of hygiene supplies, 129 large bags full of clothing, books, toys, toolsets, kitchen equipment, stationary, food and a host of other much-needed items. The haul totaled over $NZ50,000 and weighed more than two tonnes.

Tropical Cyclone Evan caused widespread destruction across the Pacific and battered Fiji for more than 12 hours when it made landfall on 17 December. More than 11,700 people were forced to use evacuation centres, with many homes affected by flooding and high winds. Schools across the region have been closed and aid distributors Fiji Red Cross, and DISMAC have worked hard to ensure Big Fish’s delivery can assist in helping these prepare for rapid reopening. The Fijian industry is closely tied to New Zealand’s and the Kiwis were eager to help their neighbours out.

“Fiji is a major destination for superyachts heading through the Pacific and quite often the last stop before the vessel arrives in New Zealand or the first stop after it leaves. We have a very close affiliation with the country and for New Zealand to continue to grow as a superyacht destination, we need to help our neighbours when and where we can,” says Superyacht Support’s Jeanette Tobin. “With Big Fish heading up there empty, it was a no-brainer. We employed school leaver, James Cackett, to bring it all together and he used his youthful talent (as only the young can) to get onto Twitter, Facebook and make the most of his contacts outside of the marine industry to add to the usual people and companies who donate. It was his enthusiasm and hard work that made the effort as successful as it was,” says Tobin.