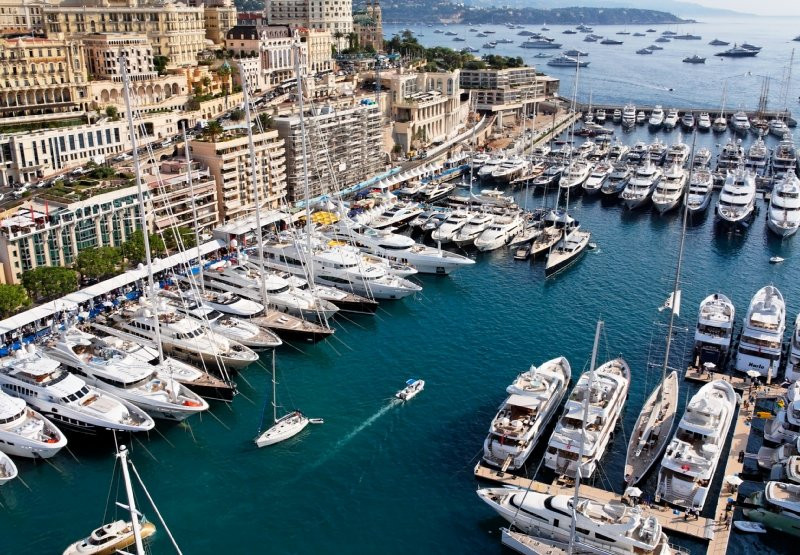 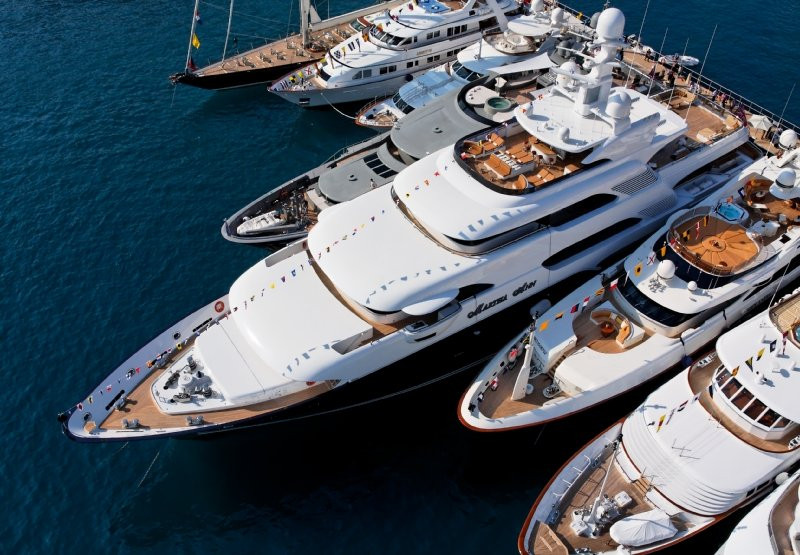 With all the energy and excitement of the 2009 Monaco Yacht Show now only mere days away, some of the world’s biggest and brightest superyachts have revealed themselves as leading lights of one of the year’s biggest boat shows.

Camper & Nicholsons will lead their charge with motor yacht Silver Angel as eager eyes get a chance to see if the 64.5 metre 2009 Benetti has earned her tag as the most impressive launch from the Italian shipyard yet.

The brand new, yet to be delivered 61.8 metre Roma by Viareggio Superyachts will also make a star appearance. The German engineered motor yacht was designed by Espen Oeino and features six cabins, a movie theatre, gym, pool, and a high speed of 17 knots.

Charter favourite Xanadu takes a break from her 117 days of fully-booked charter to show-off her 60 metres of luxury, while the classic 1966 Vuyk & Zonen motor yacht Sherakhan will be displaying a new coat of paint to accompany her 2005 refit.

Edmiston’s Monaco fleet will include some of the latest and largest Feadships on the water including some impressive super yachts over 70 metres.

Candyscape welcomes visitors to her home port of Monaco; the 1994 (refitted 2006) 45 metre Benetti keen to show-off her Candy and Candy designed interior. The famed 62.3 metre Lady Christina will also be making her best efforts to achieve a sale; the 2005 OceAnco motor yacht sleeps 10 guests in five staterooms.

Leading the line-up for Fraser Yachts is the ultra-luxurious 76.91 metre motor yacht Princess Mariana. Built in 2003 by Danish shipyard Royal Denship, the six-deck Espen Oeino and Francois Zuretti designed super yacht boasts an impressive Beach Club that can be filled with water to create a 12 metre swimming pool.

Burgess brings out the big names of Siren and Boadicea to fill its Monaco exhibit. The 73.15 metre motor yacht Siren is a 2008 Nobiskrug with design by Newcruise and accommodation for 12, while the 1999 Amels motor yacht Boadicea measures 70.5 metres and boasts design by Terence Disdale.

Ocean Independence presents the 60.3 metre explorer-yacht Titan, a 1968 Brooke Marine creation rebuilt in 2004 that sleeps an impressive 22 guests in 11 cabins.

The Monaco Yacht Show 2009 will be held from September 23 to 26 and will see around 500 companies exhibit from the luxury yachting industry including ship builders, designers, brokers and suppliers. The Show presents 100 of the finest yachts in the world, including up to 40 world premiers.

"Eager eyes get a chance to see if the 64.5 metre 2009 Benetti Silver Angel has earned her tag as the most impressive launch from the Italian shipyard yet."

"Eager eyes get a chance to see if the 64.5 metre 2009 Benetti Silver Angel has earned her tag as the most impressive launch from the Italian shipyard yet."