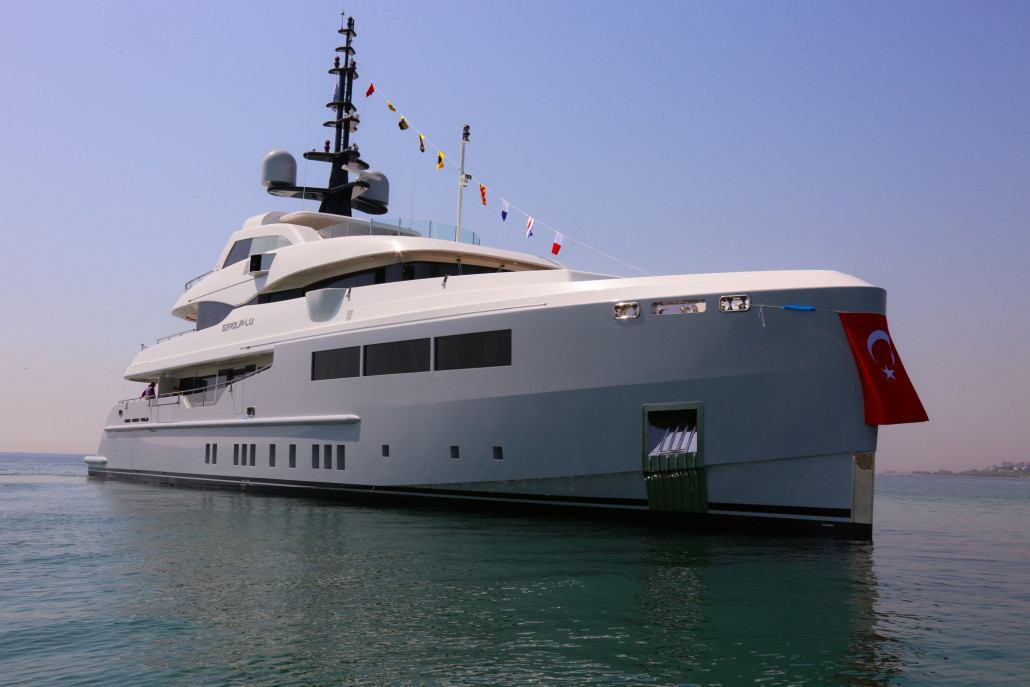 Bilgin Yachts has announced the launch of the 46.8 metre motoryacht Giaola-Lu, marking the Turkish shipyard’s first launch of 2016.

Following a few minor changes to the interior by her Mexican owner, she was launched successfully from their Küçükçekmece facility in Istanbul last week.

A steel/aluminium motor yacht, Giaola-Lu was built over two years and is the result of a collaboration between Bilgin, London-based design studio H2 and Turkish designers Unique.

Originally known as Bilgin 155, she is the most recent vessel of Bilgin’s displacement line. She has a beam of 9.20 metres and a draft of 2.45 metres and is equipped for unrestricted coastal and offshore cruising around Europe.

In terms of specification, she is powered by two CAT C32 1450bhp 2300 rpm Marine Diesel Engines, and is thought to be capable of a maximum speed of 16 knots.

Giaola-Lu will be formally delivered to her owner in late May, following the successful completion of sea trials.