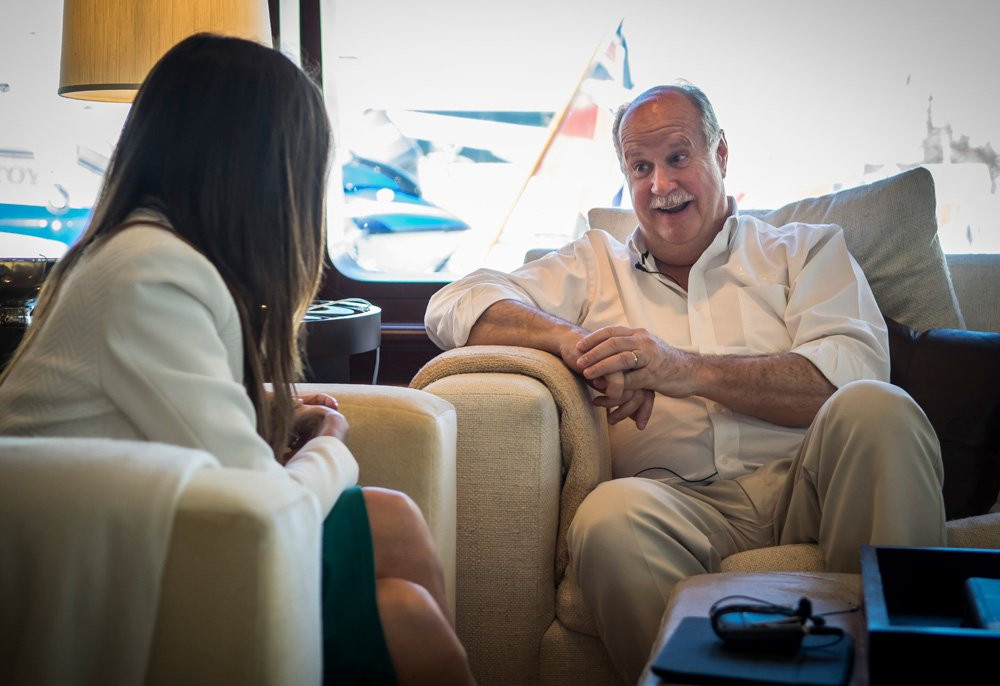 Billy Smith of Trinity on the Industry Revival

As one of America’s biggest yacht builders, Trinity Yachts are well placed to offer their thoughts on what many people consider to be an industry slowly returning to its feet.

So it was with good timing that we caught up with Billy Smith of Trinity at last month’s Miami Yacht & Brokerage Show to hear his perspective.

“It appears that we’re seeing the market turning upright now,” he told us. “The enquiry level has increased, the orders have not increased yet but there’s certainly more interest. We are seeing the smaller boats sell and sell in significant numbers.

“We’re also seeing that the inventory of existing boats is going down, which at some point will put pressure on new construction. So that’s good, but as we speak it’s still slower than it was 4-5 years ago.”

So whilst the future is looking promising, we asked Mr Smith to take a step back and tell us how 2013 was for Trinity.

“In 2013 we signed up a very significant 59 metre (193 foot) motroyacht,” he said. “It’s a repeat client so that’s always gratifying when customers come back to you for their second, third, fourth yacht.”

We also asked Mr Smith about some of the major projects Trinity are currently working on in their yard.

“Well the 193 footer is gonna have a lot of technical advances in air conditioning systems, environmental systems, window treatments, things like that, propulsion a little bit” he said.

“But some of the commercial vessels we’re building will be setting the stage for technology that will eventually trickle down to the yachts. We’re currently building six 302 x 64 foot duel fuel vessels. These vessels will actually burn LMG and when they’re burning LMG they emit 1 per cent of the pollution than they do on diesel.”

You can watch the full video interview with Billy Smith above this article.