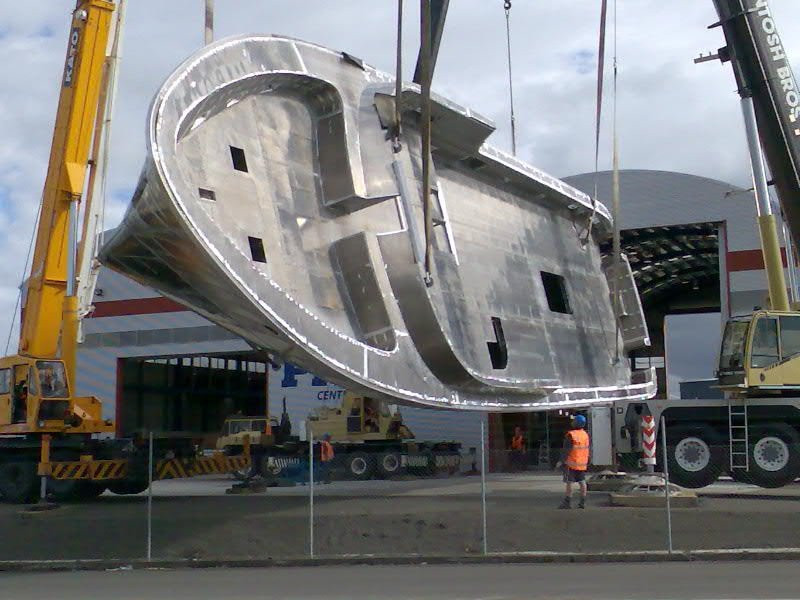 New Zealand is well on its way to producing another luxury superyacht with the construction of a 31.5 metre project BP08 currently underway.

The build is being coordinated by Diverse Projects, an Auckland-based company who are working to build the displacement yacht to Germanischer Lloyd 100 A5 class and New Zealand MSA survey.

The superstructure is currently at an advanced stage at the Profab Central Engineering facility in Palmerston North.

The superyacht will feature a twin Caterpillar C18 ACERT installation and 600 horsepower engines to give a cruising speed of 12.5 knots.

Black Pearl will move to Whangerei once the superstructure is completed for the fitting of its Chris Connell-designed interior and overall finishing.

The yacht is due for delivery in 2010 when she is expected to cruise New Zealand before moving onto the Mediterranean in 2011 for a world cruise ending in Australia.

The yacht has been developed for an owner with a large boat ownership history.

"The superyacht will feature 600 horsepower engines to give a cruising speed of 12.5 knots"

"The superyacht will feature 600 horsepower engines to give a cruising speed of 12.5 knots"