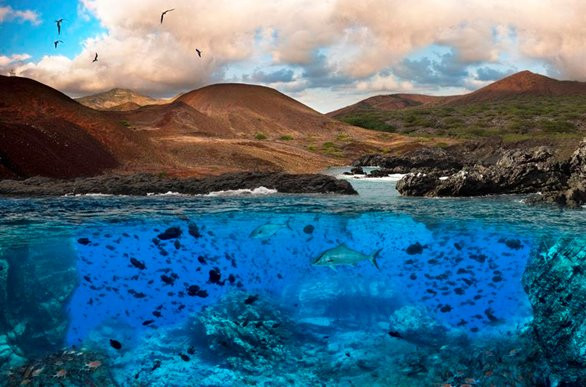 Blue Marine Foundation, which was established to help protect the world’s oceans, has announced the creation of a vast marine reserve in the Atlantic.

Located around Ascension Island in the equatorial waters of the South Atlantic Ocean, the reserve spans over 200,000 square kilometres and is almost the size of the United Kingdom.

Its creation comes as a result of lengthy negotiations between Blue Marine Foundation, the Ascension Island Government and the UK Government, and has been made possible thanks to a grant from the Bacon Foundation.

Charles Clover, the foundation’s chairman, accompanied an expedition in October 2015 to confirm the biological importance of the area.

A £300,000 grant will be used to close an area of 52.6% of Ascension’s waters to fishing, to monitor and enforce the closed area with a combination of satellite and patrol boats, to police a tuna fishery in line with the best international standards in the other 47.4%, and to carry out scientific research to scope the final boundaries of a marine reserve which could be declared, subject to local agreement, as soon as 2017.

Clare Brook, BLUE’s CEO, said, "Everyone at BLUE is hugely excited to have secured such a large and significant marine reserve in the middle of the tropical Atlantic. It is a fitting reward for months of hard work by the team, our partners in the GB Oceans coalition, our founders, our ambassadors and our donors.

"In the coming year we will ensure not only that the newly declared closed area is effectively monitored, and that the fishing zone is managed to best practice, but that the UK government recognises Ascension’s significance as a territory. We want to help Ascension benefit from its extraordinary marine life by encouraging more scientific expeditions and eco-tourism."

Blue Marine Foundation has been campaigning since September 2014, alongside the RSPB and the rest of the GB Oceans coalition, for the protection of Ascension’s waters which have been described as a “hope spot” by BLUE Ambassador Sylvia Earle.