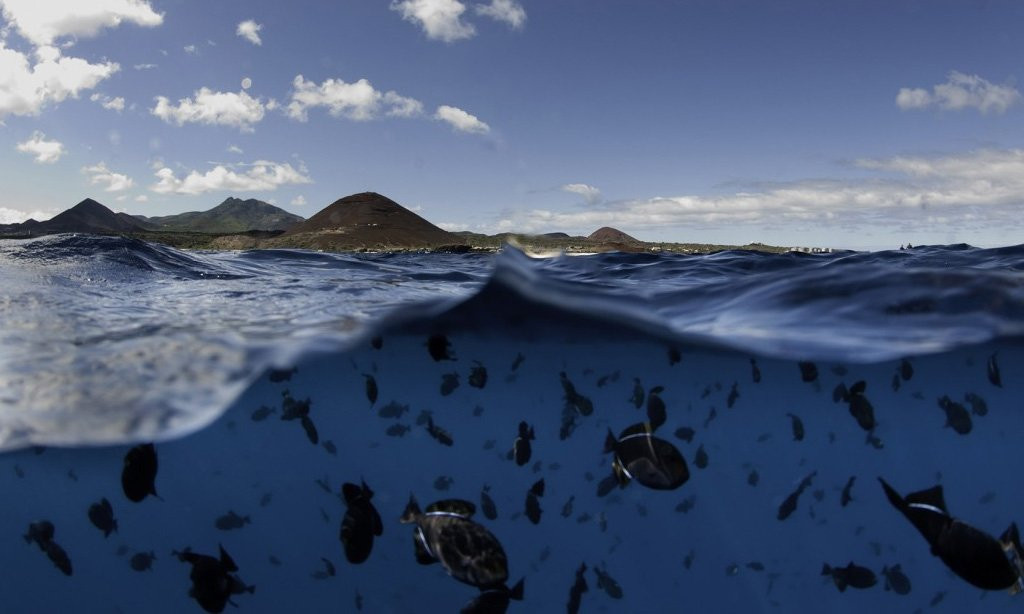 BLUE Provide An Insight Into The World's Largest Marine Reserve

Today, it was announced in the budget that the British government intends to create the world's largest marine reserve around Pitcairn in the Pacific. BLUE has released a report to provide us with a deeper insight into the fight behind creating this unique marine reserve.

“BLUE has been campaigning for more of the UK Overseas Territories to be declared as marine reserves since the historic declaration of a reserve around the British Indian Ocean Territory in 2010.” Begins today’s statement from BLUE. “We recently joined forces with other NGOs to form the Great British Oceans Coalition to strengthen our voice and have been working successfully with BLUE Trustee, Lord Deben's organisation Sancroft to get our message heard in government. Our campaign was given a huge publicity boost last month when our friend Helena Bonham Carter appeared in publications around the world cuddling a bigeye tuna to draw attention to the crisis of over-fishing.”

On hearing the news, Helena Bonham Carter added to the report, “It’s very proud-making that the government has just declared the largest marine reserve in the world. The waters around Pitcairn are teeming with turtles, whales, sharks and tuna, like the one I was cuddling in the Fishlove pictures. Thanks to this move by the government, these threatened species can regenerate and we won’t have to explain to our great grandchildren what a tuna is. I never knew taking my clothes off could be so effective. I must do it more often.”

The announcement is of huge importance in marine conservation. Zac Goldsmith, who has been campaigning strenuously for the creation of marine reserves around the UKOTS, described the move as ‘the single biggest conservation measure by any government’. A role he thanked BLUE for due to their part in making it happen.

The government’s intention to designate a Pitcairn marine reserve puts Britain close to presiding over the largest amount of fully protected waters on Earth. America is currently ahead by a few thousand square kilometres after the creation of the extended Pacific Remote Islands Marine National Monument reserve by President Obama last summer. Britain will now have 1.49m square kilometres of fully protected reserves, compared with the US on 1.57m sq kilometres post this Pitcairn announcement. BLUE is inching further towards its mission of ten per cent of ocean under protection by 2020 – and Britain stands within an ace of becoming the leading government for marine conservation in the world.

“Declaring a marine reserve around Pitcairn is a visionary thing to do and the right thing to do,” says BLUE Chairman Charles Clover. “With Pitcairn, Britain is now perilously close to having the largest amount of protected ocean of any country in the world. At the moment, the Americans still just beat us. Let's see if the manifestos bring an improvement on that. Arguably this has not been the greenest government ever, but it still could be the bluest government ever.

Some 94% of the UK's biodiversity exists in its Overseas Territories and the waters around Pitcairn are regarded as globally significant. Over 1,200 marine species have been recorded around there, including whales and dolphins, 365 species of fish, turtles, seabirds and corals. Forty-eight of these species are globally threatened – such as the critically endangered hawksbill turtle, and some are found nowhere else on Earth – such as the Pitcairn angelfish.”

Today's announcement saw a great leap forward for ocean protection, but there is still a huge amount to do. For more information about the BLUE Marine, click here.