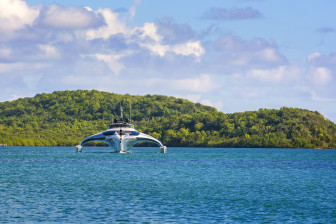 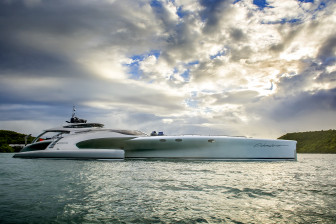 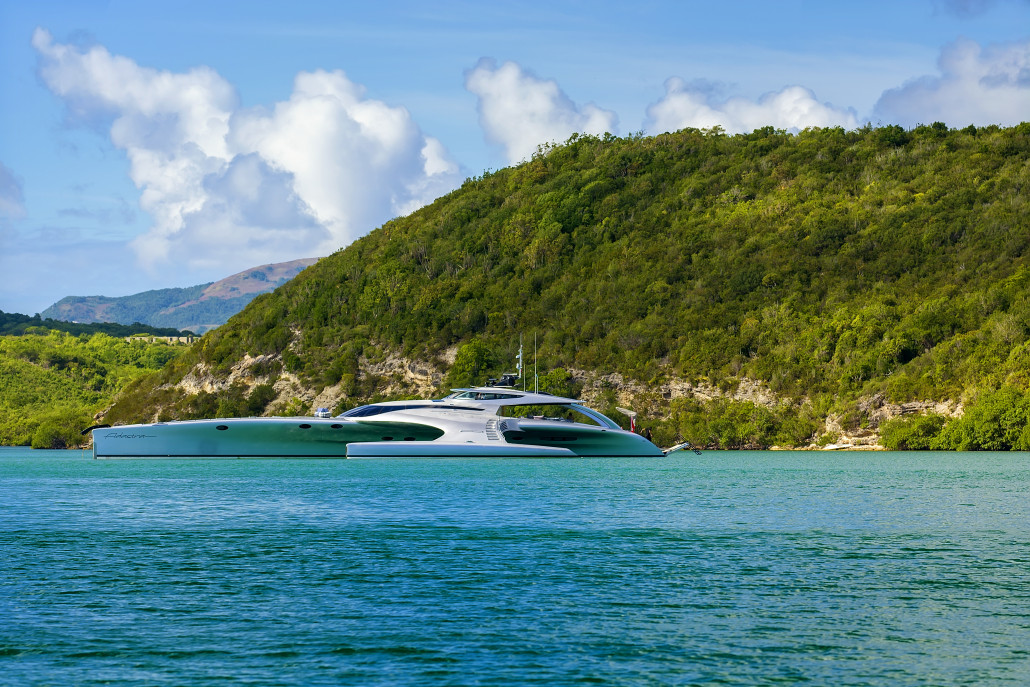 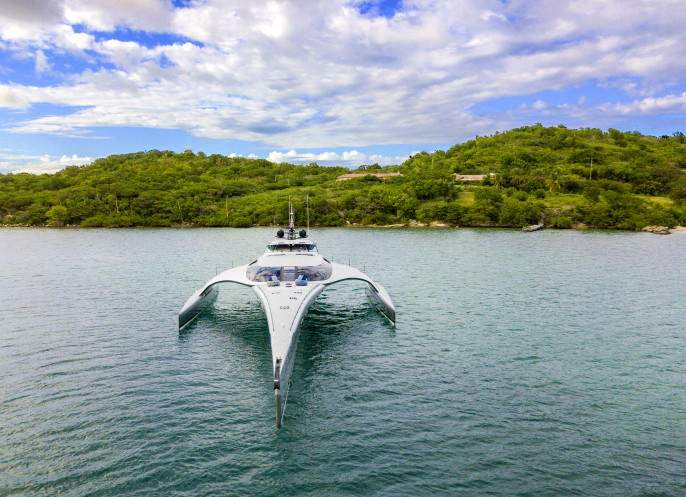 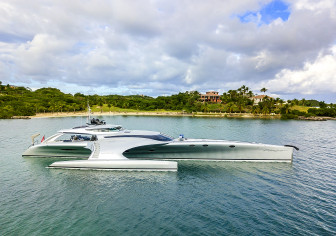 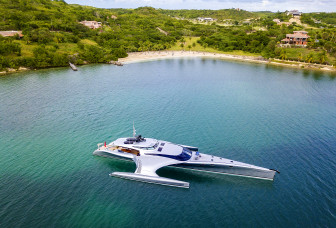 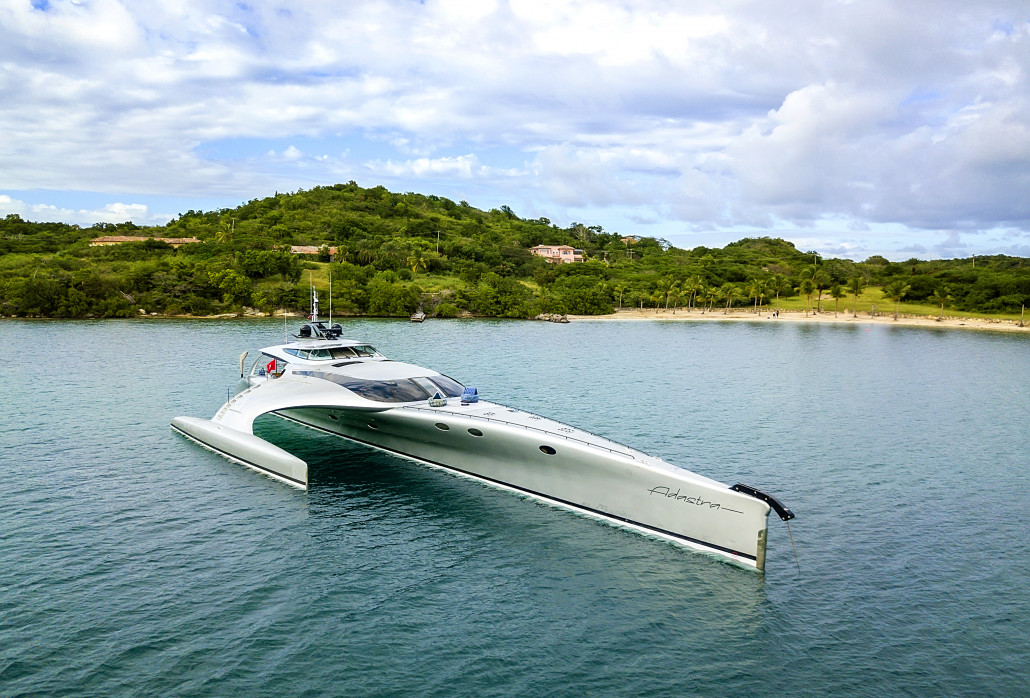 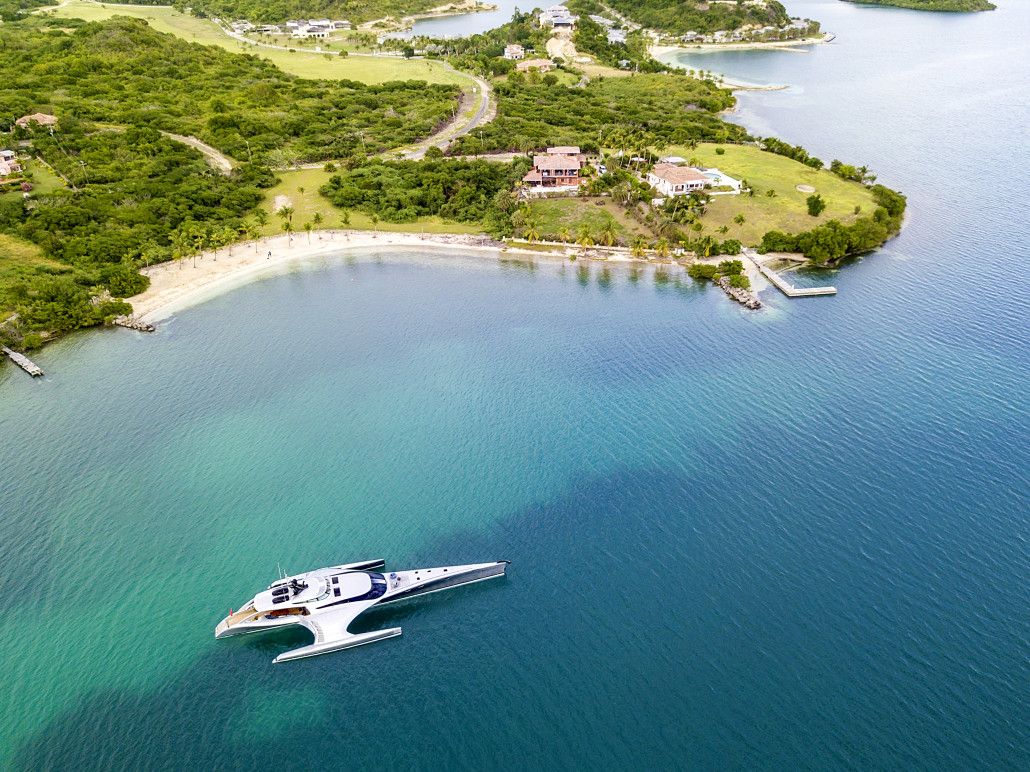 It was a typically tropical Caribbean morning when the Superyachts.com film team and I took to the tender of McConaghy Boats 42.5-metre (140’), Adastra. With attention focused on the superyacht experience, the moody skies of Antigua’s atmosphere shouldn’t have formed the perfect backdrop against which to shoot a vessel new to the Charter Market, but soon we discovered they would...

Continually breaking the mold of tradition, Adastra’s striking silhouette appears epic across any skyline and on the inside; offers endless elegance to balance her dramatic exterior.

As we approached Adastra we were instantly hit with her magnitude. Increasing as we closed the gap between anchor and horizon, her intensity is comparable to the shadow cast by a 70-story building on a summer’s day in the city. We circle a few times in awe of her audacious angles and the deceiving length of her hull - seemingly stretching into infinity - before hopping on board to be greeted by Captain Grant Peach and a large dose of enthusiasm.

We took the tour; learning that inside this slender 42.5-metre, there’s a lot more than meets the eye. The interiors are unexpected for a yacht which evokes such drama. Pastel blues and china whites, elevated with delicate orchids create a cloud-like feel; while tableware reclaimed from shipwrecks adds the unusual level of luxury that modern day charter guests now come to expect. The main saloon is as spacious with 360 glass, boasting views of the aft, the bow and beyond. While below deck, Adastra sleeps 9 guests in 3 cabins that are tastefully embellished with treasures, telling a story of travels both far and wide.

And exotic travels are Adastra’s forte. Since 2012, she’s covered a staggering 40,000 miles and weathered 50 knot winds, crossing both the Pacific and Atlantic Oceans under Captain Grant and his welcoming crew’s expertise. Dominating the sea in this way would usually come at a cost, however with John Shuttleworth at the helm of design and engineering advancements, Adastra has broken records for her economic capabilities. At 17 knots she has a 4,000nm range increasing to 10,000nm when the speed is dropped; offering the opportunity to visit the world’s most remote locations without restriction.

In fact, clever design cues appear throughout. Magician-like storage, carefully concealed TV screens and pop-up bar space are among Adastra’s long list of hidden charms. In fact, as afternoon arrives; the beach club does too, boasting a huge toy collection - and I still can’t tell you where it was stored. It seems Adastra is not only easy on the eye; but a hub of activity with a crew that just can’t help but share every detail, offering an encyclopedia for adventure. We quite literally explore Adastra’s ability to anchor daringly close to shore before we find a bay in which to really enjoy her offerings; tender, toys and all.

However it’s by night when Adastra’s golden charter moments start to reveal themselves. Tasting some of the most deliciously fresh and vibrantly coloured fish-dishes on the aft deck while the soft sunsets over Adastra’s striking linear form was the perfect antithesis to an active day at sea. And just when we thought the surprises were over, the crew began to light a pathway of lanterns along the bow; where guests can retire to the privacy of the forward sun-pads for an evening watching the stars.

Before we left, “what’s in the name?” we asked. “Well in Latin,” the Captain revealed “Adastra means ‘to the stars.’” And as it unfolded, this eternally-hulled trimaran offers an on the water metaphor for exactly that.