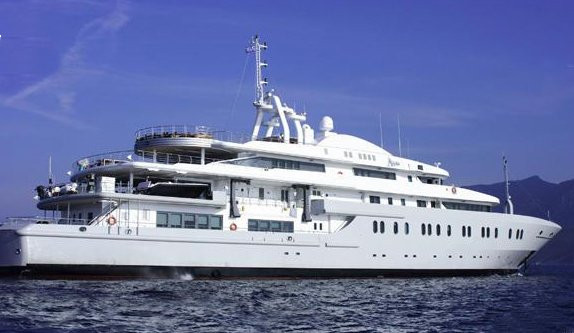 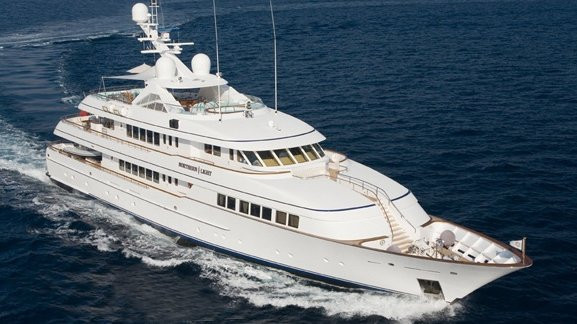 With sales figures affected due to the downturn, we can now start to see the first signs of recovery as we take a look at some of the most successful sales of 2010.

Superyacht Lauren L
This unique sea-faring giant was built in 2002 by Cassens-Werft and has been heralded as the sale of the year so far. Measuring an astounding 90m, Lauren L was originally launched as a 100-passenger cruise vessel which then underwent a refit in 2008 to what is now a remarkable luxury yacht.

The sale was conducted in July by one of the most renowned and respected charter and brokerage agents in the world, Edmiston & Company. Edmiston Broker Rory Trahair commented, “Lauren L is the latest in a long line of Edmiston sales this year which includes the 85m Alysia and 72m Utopia and takes our sales to date this year to well over 1km in total length.”

Ranked at number 34 in our Top 100 World’s Largest Superyachts roster, Lauren L can accommodate for 40 guests aboard her enviably luxurious interior, set at an asking price of €65,000,000.

Lauren L is currently available for Charter through Edmiston & Company.

Superyacht Moonlight II (ex Alysia)
This stunning example of nautical engineering was sold in early June by joint central agents Edmiston & Company, Burgess and Peter Insull Yacht Marketing - with Edmiston introducing the buyer. Spanning 85m in length, Moonlight II holds one of the most impressive exterior and interior designs on the water.

Constructed in 2005 by Greek shipyard Neorion Shipyards Syros with unique styling from Alpha Marine and Lally Poulias, extreme attention to detail was exercised inside and out.

Available for Charter with Edmiston & Company, Moonlight II had an asking price of €85,000,000 and is the second largest sale of the year - ranked at number 52 in our Top 100 World’s Largest Superyachts.

Superyacht Utopia
Utopia is a 71.60m custom built Feadship launched by the De Vries Shipyard in 2004. This sophisticated vessel was sold in late February by Edmiston & Company and features a master suite unrivalled in luxury. Located on the owner’s deck, the master bedroom features a giant bed and oversized windows offering a stunning 180 degree view of the water.

One of Feadship’s larger vessels, superyacht Utopia was listed at an asking price of €52.5 million and is currently available for charter with Edmiston & Company.

Superyacht Phocea
Phocea is a magnificent example of modern sailing combined with a classic style, sold by Fraser Yachts in early June. Measuring 75m, Phocea was built in 1976 by French Shipyard DCAN to compete in the Observer Singlehanded Transatlantic Race and eventually stripped and refitted in 1997 by Lürssen to a new owners design.

With room aboard for 12 guests, comprising of an owner’s suite on the main deck, three double and two twin cabins - the asking price for this ultimately luxurious transformation was €9.9 million.

Superyacht Clarena II
Sold by Engel & Volkers in April, Clarena II was designed by Nuvolari Lenard and built to Lloyds and MCA specifications in 2009. Clarena II measures 72m above the water and is the largest superyacht built by the CRN Shipyard.

Able to accommodate 12 guests across one master suite and five double staterooms, Clarena II was listed with an asking price of €58 million.

Superyacht Natita (ex Ona)
Measuring 66m, the sale of Natita came shortly after the impressive string of large yacht sales that swept across mid-2010. Designed by Alberto Pinto, Natita was built to a large volume specification and offering a generous amount of luxuriously decorated space on board.

Ona was built by Kusch Yachts in Germany, outfitted with a sophisticated aluminium superstructure by Oceanco and launched in 2005. Sold by Burgess - who introduced both the buyer and the seller - superyacht Natita was at an asking price of €59,900,000.

In contrast to 2009, yachts measuring 50-70m, such as the 56m Benetti Superyacht Four Aces (ex Allegro) sold by International Yacht Collection or the 48.8m Mary-Jean and the 46m Northern Light sold by Yachting Partners International, have proven to make a considerable dent in the 2010 sales market.

Even during the economic downturn of the last 18 months, companies such as YPI, IYC and Edmiston & Company has proven that the demand for superyachts across the world has shown signs of recovery. Some of the world’s largest yachts have been sold this year and with a fleet of highly anticipated superyachts currently in construction, the market for high-end superyachts is not only growing, but producing a market where bigger is better.