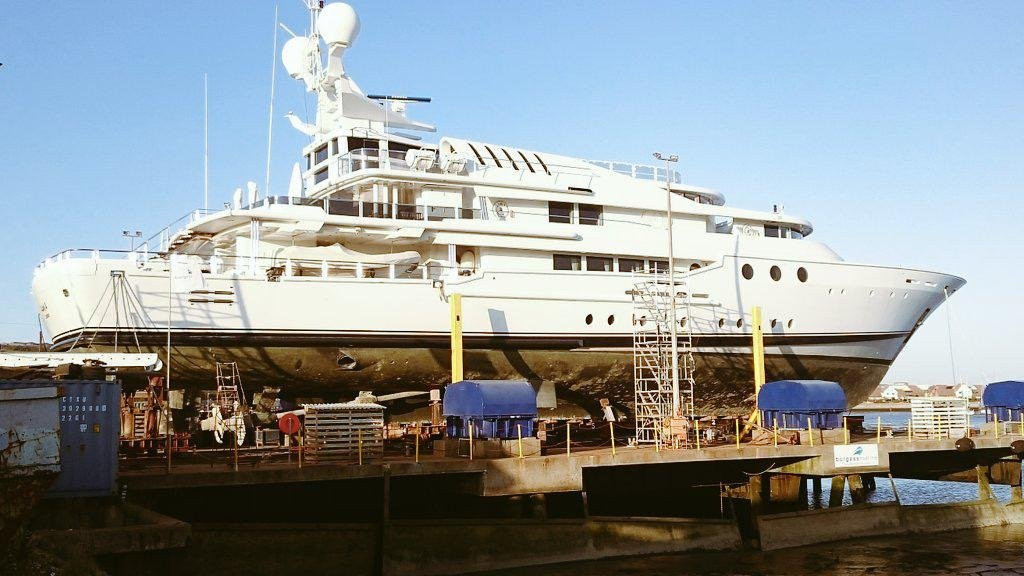 The vessel, (ex Southern Cross III, Emihar Chios and Indian Princess) is owned by Lord Sugar; she was built in 1986 in Japan with interior and exterior styling by Jon Bannenberg. She is 55m LOA, with an 11.8m beam and a 4m draft.

The planned package of works includes minor structural, mechanical and electrical modifications, and the installation of new Naiad stabilisers. The refit will also include modifications and improvements to both the interior and exterior styling, and a new external paint scheme.

Nicholas Warren, the Managing Director of Burgess Marine, comments: “It’s absolutely fantastic to welcome another substantial refit to our Portchester facility. The fact that Lord Sugar, such a well-known entrepreneur, business magnate and self-made man has chosen to bring his boat back to the UK’s South Coast for a refit is great, great news. He’s a very experienced owner and charterer; we look forward to working with the Owners Team and delivering the boat back to the client on time and on budget”.

The project is being directly managed by the Owners Team with Burgess Marine acting as the primary contractor in partnership with Shemara Refit. Design and naval architecture support is being provided by Houlder.

Ray Cutts, the company’s Technical Director goes on to say: “The docking was a complete success with everything going exactly to plan. She’s a big boat for the facility and with Tacanuya here too the site will certainly be getting busy. MY Lady A is a wonderful yacht and we genuinely look forward to working with the Shemara Refit team on another unique and seriously exciting project”.

Simultaneously Burgess Marine is completing refit works on-board MY Tacanuya, in Portchester, and the new build of the eagerly anticipated Glider Yachts prototype.