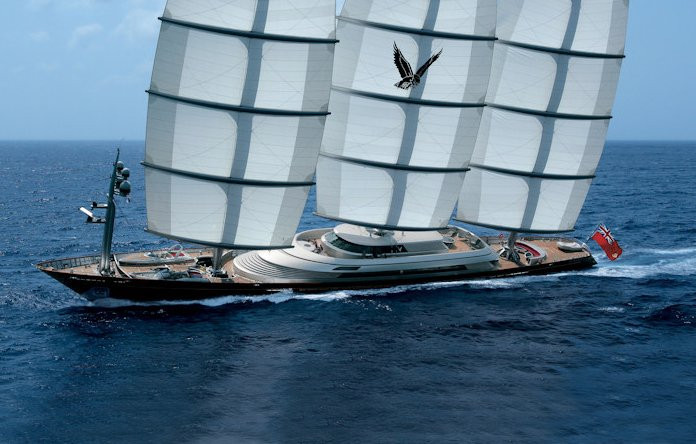 According to Burgess, who represented both the buyer and the seller in the transaction, the year-long sale process resulted in a sale close to the asking price.

The most recent listings for the superyacht put her asking price at €70 million, while a few years ago she was listed as high as €98 million. Bruce Brakenhoff from Perini Navi USA was joint central agent of the sale.

Her new owner has been revealed as Hedge-fund manager Elena Ambrosiadou who runs Ikos Asset Management.

Apparently Ambrosiadou was attracted by the vessel’s cutting-edge technology and “green” credentials that make her one of the most environmentally advanced yachts currently on the water.

Burgess CEO Jonathan Beckett said the sailing yacht “ticked all the boxes” she had specified.

"Aesthetics, technology and sustainability were all very key factors for the buyer,” he said.

Those wishing to experience life aboard the Maltese Falcon will still have their chance; the sailing yacht will remain available for charter under her new ownership and will continue to be handled by Burgess. It’s most recent weekly base rate was listed at €375,000.

Maltese Falcon now joins the illustrious list of high-profile super yachts to be sold by Burgess that also includes the 162 metre Dubai (then called Platinum) and the 133 metre Al Mirqab.

Maltese Falcon boasts a revolutionary DynaRig sailing system aptly called the Falcon Rig, and has three self-standing and rotating masts which host fifteen sails for an incredible total sail area of 2400 square metres, all of which can be controlled by a single sailor.

The sailing yacht is able to accommodate twelve guests in five lower deck staterooms and one upper deck passage cabin with a private cockpit. All of the cabins on Maltese Falcon hold either king- or queen-sized berths.

"Aesthetics, technology and sustainability were all very key factors for the buyer"

"Aesthetics, technology and sustainability were all very key factors for the buyer"