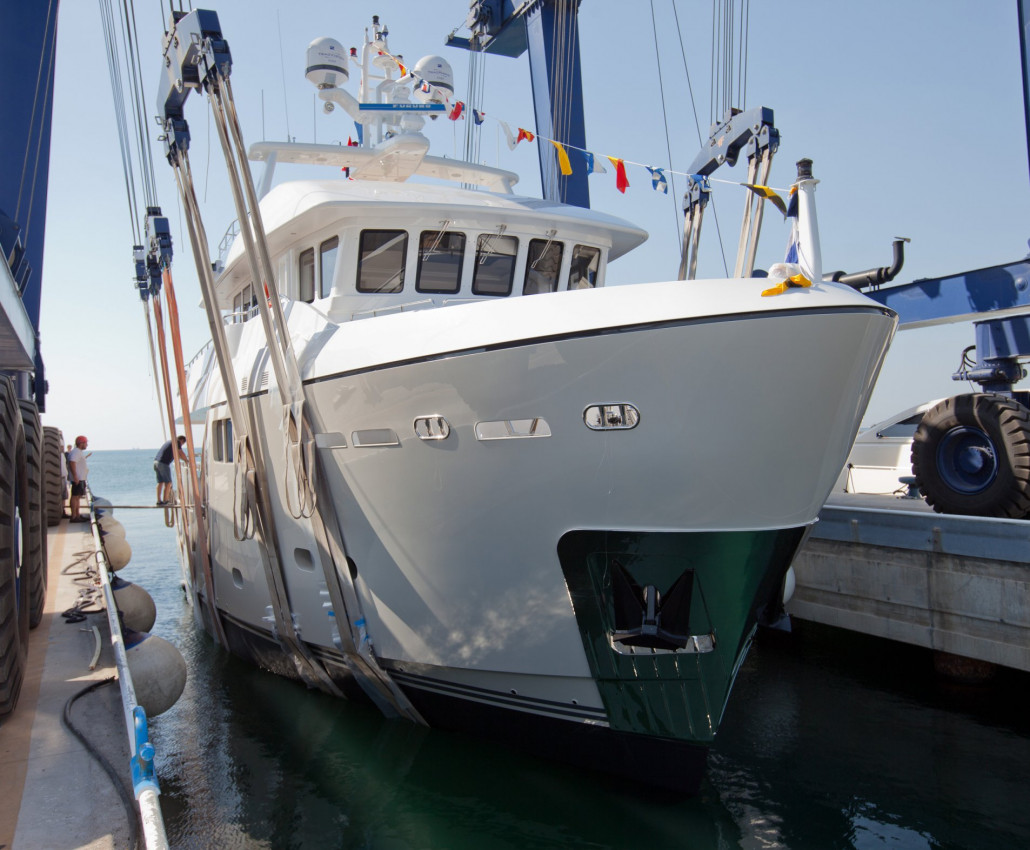 The Explorer vessel is the second Darwin Class 86’ and will be unveiled at September’s Festival de la Plaisance in Cannes before making its way to the US to be showcased at the Fort Lauderdale, Miami and Palm Beach boat shows.

Darwin Class yachts are distinctive for having features rarely seen in vessels of their size, including extra thick steel plates and heavy-duty engines.

Nevertheless, Percheron, which comes in steel and aluminium, boasts an entirely different layout from the original Darwin Class 86 yacht – the 36m “Vitadimare3” which launched in May 2011.

Vasco Buonpensiere, CdM Sales and Marketing Director, said: “The yacht’s interior design distinguish itself thanks to the linearity and lightness of the materials: elm and white lacquer, geometrical details of carpentry, vivid ethnic tissues designed by the Maison Hermès Paris, and a deep attention to the spaces for the children.”

“Everything has been thought considering the personality and the voyage plans of the owners”.

CdM say that Percheron’s owners’ first journey in their new vessel will be to the Galapagos Islands, via the South of France for an official unveiling, the Caribbean, and north and south America.