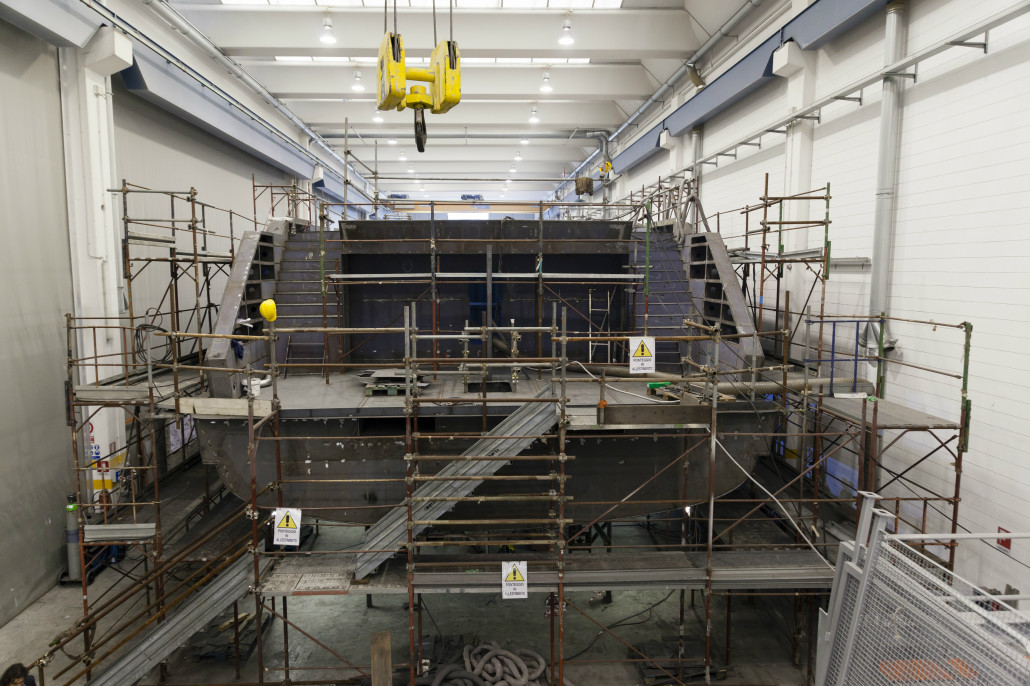 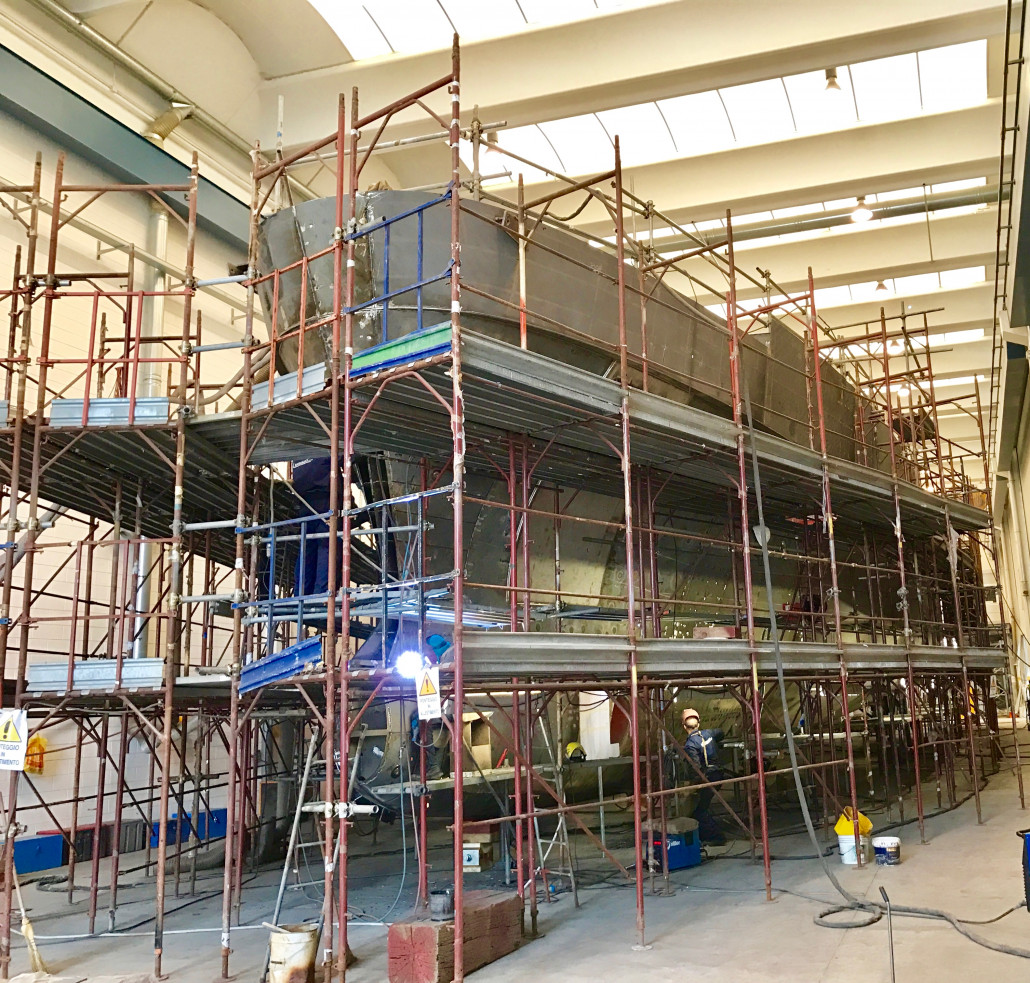 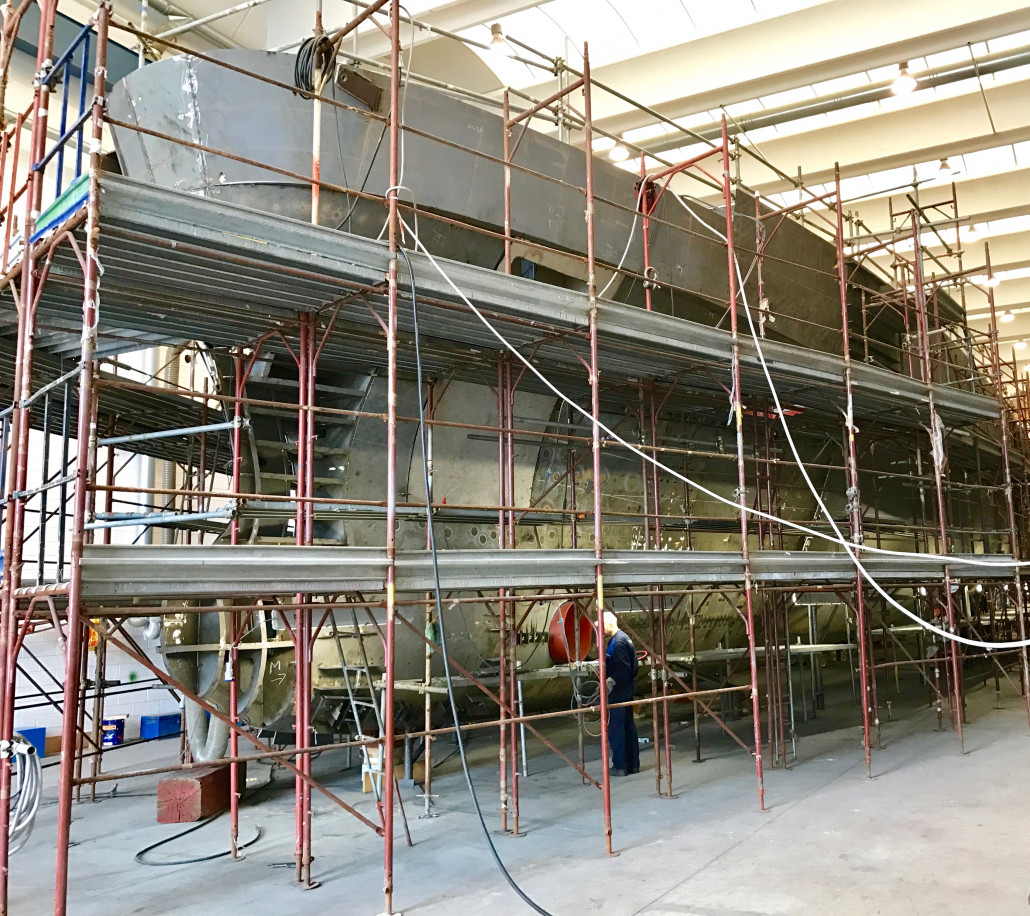 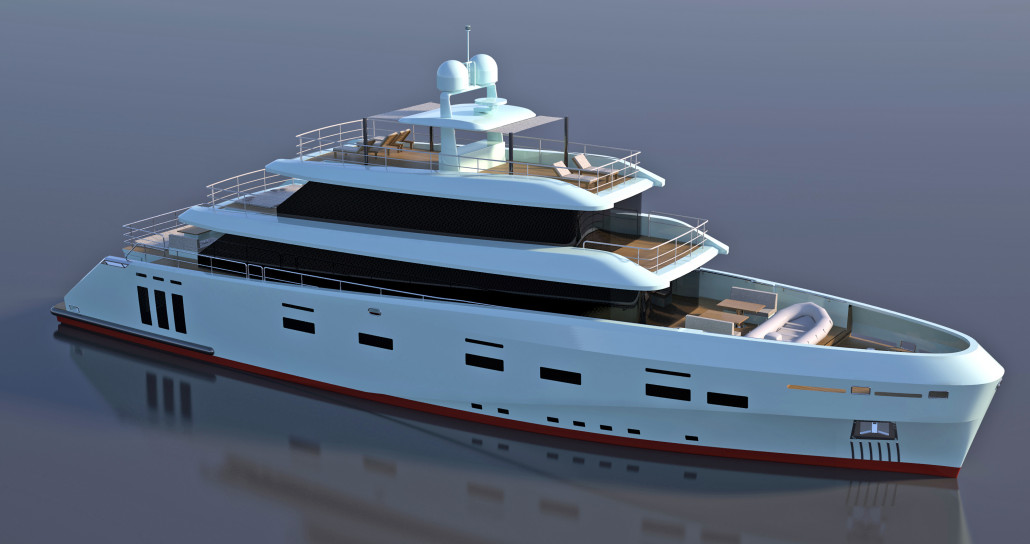 After signing the new-build project known as Kanga just over a year ago, Cerri Cantieri Navali (CCN) and Floating Life are rapidly approaching launch with new construction updates arriving directly from Italy.

Kanga, the first hull of the K series, is a ‘light ice class’ explorer yacht commissioned by an American owner in the later stages of 2015. His goal was to cruise the world and reach the North and South poles with ease, and most importantly, comfort.

Work began in January 2016 and we have today been given an insight into the project’s progression. Precisely one year on from the start of construction, the hull of Kanga has been optimised with internal partitions on the lower deck coming into place. The superstructure has been joined with fitting out works scheduled for the end of December.

With a launch date of 2018, the first of two new K40 projects already sold is set to cruise the waters of the world in style and ease thanks to a length of 41-metres, modern explorer design and high-grade capability.