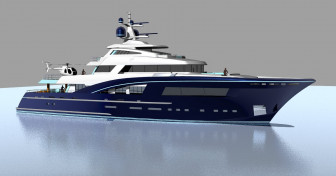 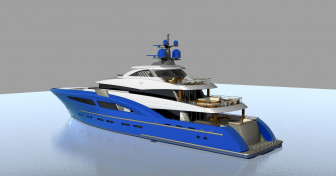 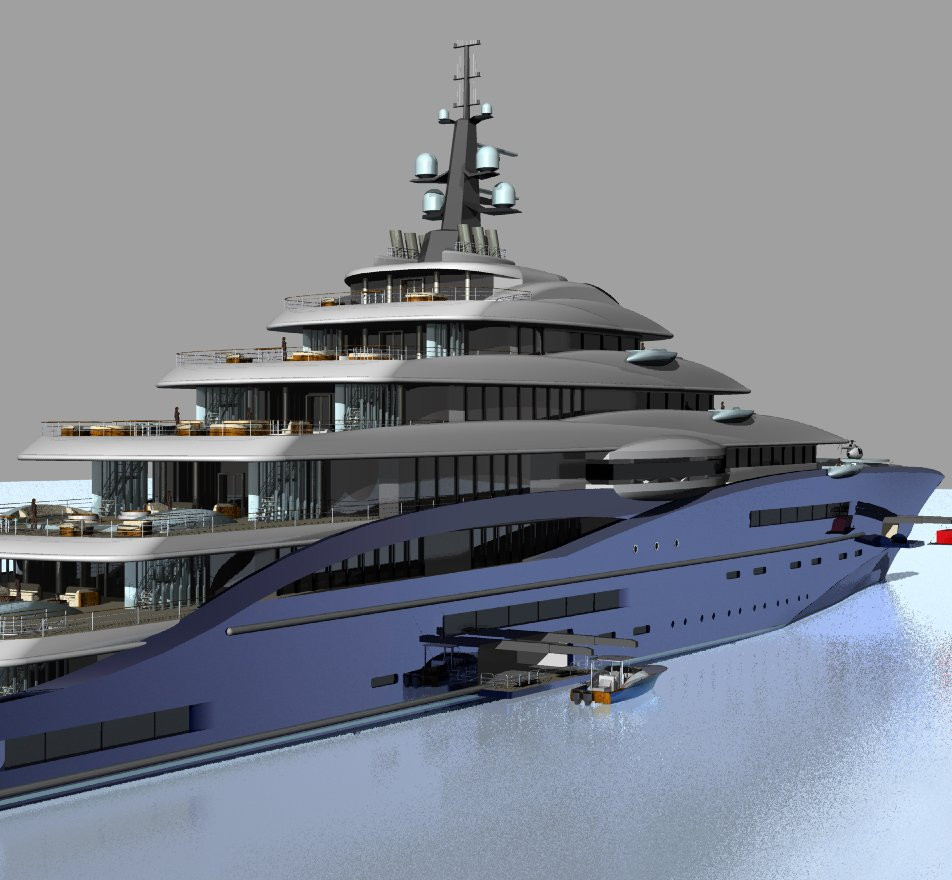 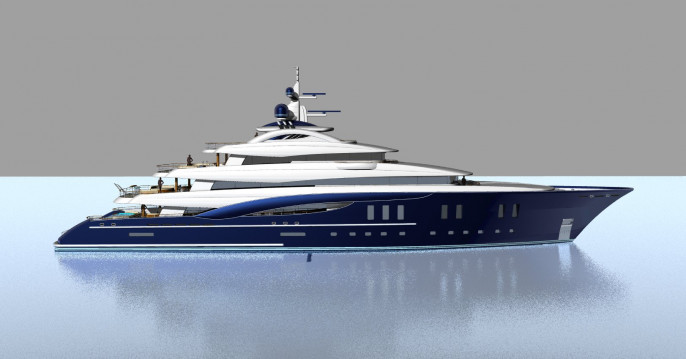 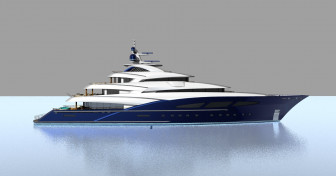 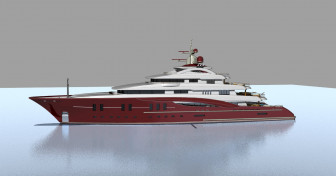 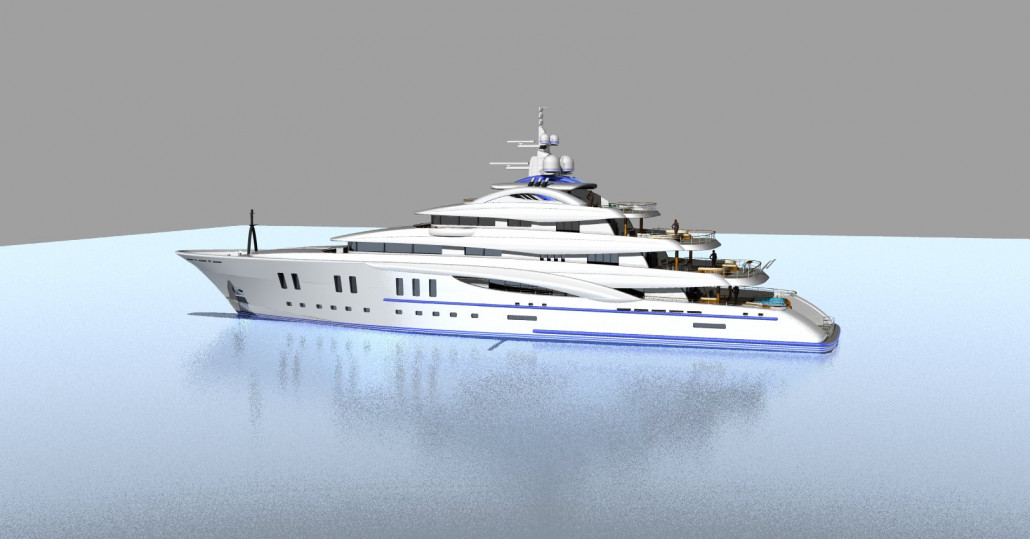 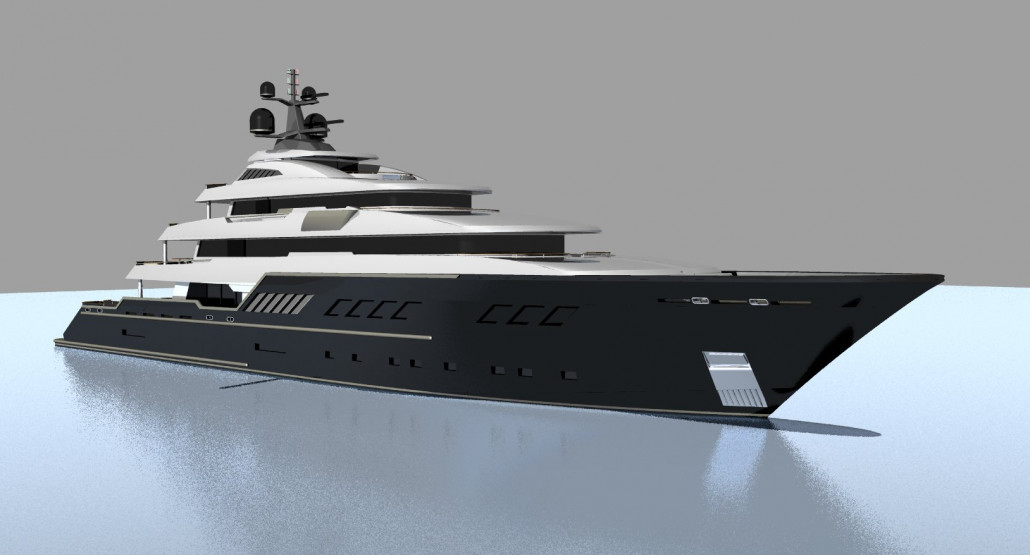 Christopher Seymour is a designer bringing his many years of experience on the water to the unique and exciting designs on his drawing board. With a vast portfolio stretching across all ranges of superyachts, Christopher Seymour talks to us about his new explorer concept range and the 200m Double Century design.

Your new motor yacht range of 60m and over is a contemporary design set, what can you tell us about it?
"The design originally came from a 3 yacht platform called the Ice Collection. But as this concept was very modern in terms of features, it thus increased in build costs and time due to the complex features. So the idea was to then introduce a conservative approach to the same concepts, which brought down build time and costs based on the same design.

The 62m range of concepts is mostly a typical layout, but it includes an extra deck. This allowed the master cabin to come up a deck and be placed where the bridge would usually sit, and obviously the bridge moved up a deck as well - the theory was more for less. A lot of work went into the proportions as well, as the vessel was coming close to height restrictions both in a physical and aesthetics point of view."

What kind of owner are these yachts designed for?
"I’d like to think the client range would vary somewhat, from a client building his/her first custom superyacht who’s not quite confident in building in the 70-80m range just yet. But also an experienced yachtsman wanting a sea worthy vessel, but is planning to step down from the 70-80m range and is a bit reluctant in losing too much space."

The Double Century concept has real gravitas, what makes her different to any other 200m motor yacht design?
"Double Century, as the name hints, is 200m’s long but most importantly doesn’t look it. The hard part was getting her propositions right; she’s about 80% complete. Where she differs is simply in her looks. I feel most superyachts get to around the 140m+ mark and start resembling cruise ships rather than private bespoke superyachts, as they start to lose their sheer and take on too many decks.

With Double Century I wanted to bring some of these features back, and thus the boat will have a presence of a superyacht, like sheer, stem, chines, and deck features. The vessel also has large deck spaces; this will allow some outrageous interior features like theatre/stage, large staircases and elevators. Which I would love to see the world’s best interiors designers show off their stuff.

Logistically the vessel’s layout was also a challenge, as the forward section of the vessel had to carry a majority of her toys – cars, helicopters, submarines, and move most of her luxuries to the aft like deck pools/spas, sun beds and lounges, etc as it became too much of a journey for a guest to have a pool in the foredeck."

Is the release of the E3 explorer design a response to an influx in the explorer yacht market?
"I would have to say yes. The builder that I’m in talks with in regards to a few larger concepts requested an explorer type concept in the 45-50m range, as he was getting a few inquiries in regards to explorer type yachts. E3 was part of another series – E1, E2, and E3. The Explorer Series started off as a fast semi-displacement forward raked bow. E1 is a similar concept to the Sea Axe and Predator vessels - capable of high speeds even when the conditions were not their best. E2 was a plumb bow configuration, and E3 was a conventional bow configuration with a return to a displacement hull.

I think there is a rise in interests in regards to this area simply due to offering a client more than just a cocktail off the coast of St Tropez ... Imagine cruising for a day to a remote reef and spending a few days there, and seeing sea life that only a small handful of people have seen. But the back of the question is a client needs a vessel not only to get him/her there with the right toys, but safely as well, as a lot of vessels aren’t capable of storing a lot of toys and the hull characteristics are only suited to light to moderate sea conditions at best – so an explorer type vessel is needed."

How do you see the design industry evolving over the next few years?
"The industry has kind of stalled due to the small number of orders, but over the next few years, I see more aluminium being used in the hull construction simply due to its weight characteristics. But we have to be careful a vessel doesn’t become to light weight as a hull will lose its underwater form, and thus become unsteady in the heavy weather.

Maybe reusable energy and power plants can take another step forward in regards to efficiency. Possibly more pod units can come into play a bit more as well. Multihulls also seem to be on the rise simply due to their efficiency and deck space."