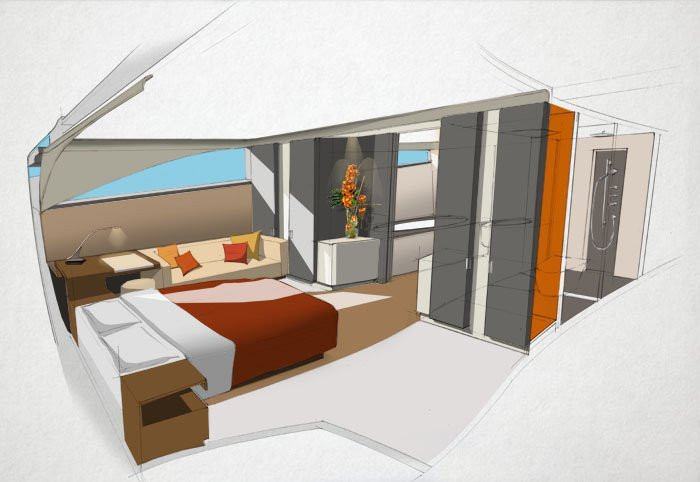 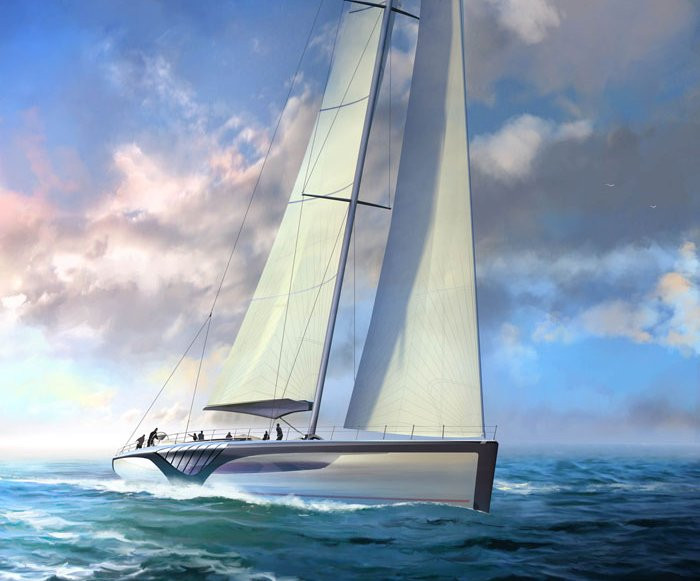 Developed in partnership with Dykstra Naval Architects, Claydon Reeves has introduced a sailing yacht designed to add a whole new element to the experience of performance cruising.

Exo, the striking 46m sailing sloop concept, was designed to provide unparalleled views of the external and underwater environments in order to escape any sense of enclosure on the open water.

In a release from the design studio, the two British designers noted on the influences behind Exo, “We have brought a more organic and natural approach to this project inspired by shapes and forms not usually found in traditional yacht design … The interconnected root structures of large trees seemed like a good starting point as the basis for a yacht.

We also considered the skeletal structure of small but strong creatures. In nature it is the exo-skeleton which provides the ‘chassis’ for these organisms. These exo-skeletons do not employ straight lines but instead have twisting and turning curves which imbue the creature with optimal strength - their forms defined by millions of years of evolution.

By setting aside some of the established thinking of past projects, we strived for a new aesthetic that was both attractive and buildable.”

Her exterior design was put together to integrate all technical and structural elements, meaning her typically engineered solutions such as boom, helm stations and spreader bars are all part the consistent organic aesthetic.

The huge glass windows wrap over into the deck and are framed by the carbon fibre ‘chassis’ that is further accentuated by the bold material breakup. The cockpit maintains the organic form language; the sofas providing undulating islands of soft expansive seating and the table forms appear eroded by the sea.

“Exo’s interior design is perhaps best explored and understood from inside the yacht where one can fully appreciate the implications of the new design approach,” the studio continues. “The main objective with this yacht was to allow far greater amounts of light into the interior and to provide ground breaking views of the passing environments.

“The carbon chassis is apparent internally and the organic mullions that separate the massive glass panels imbue the interior with the sensation of being contained within the ribcage of a large aquatic creature.”