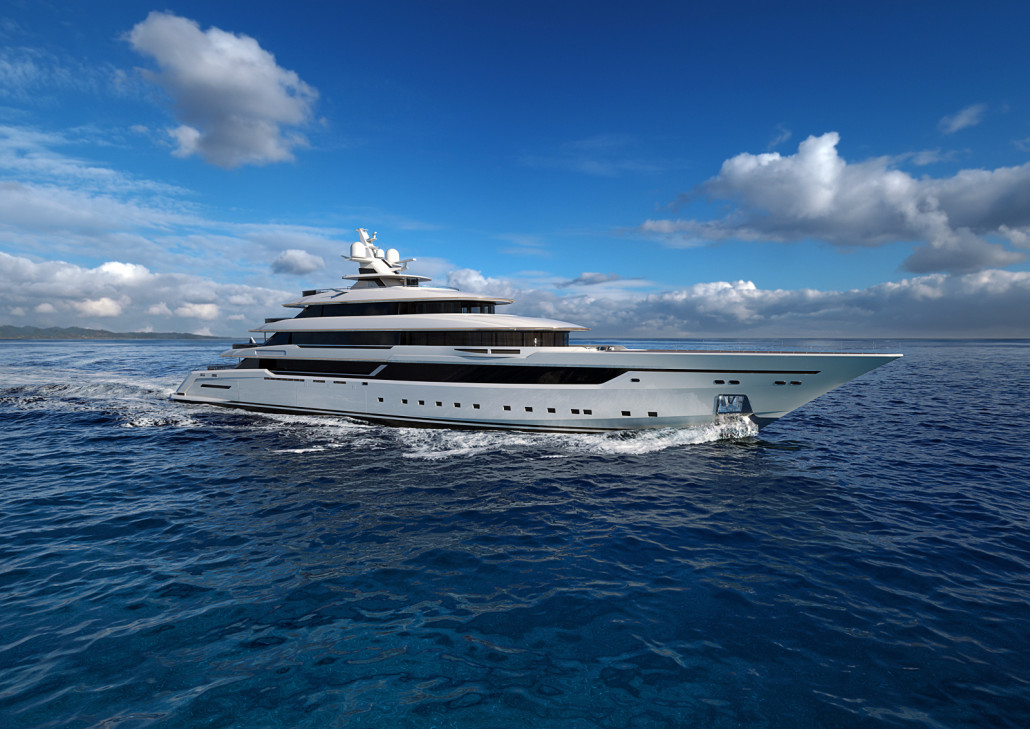 Scheduled for delivery in spring 2019, construction of the Columbus 80-metre motoryacht at Palumbo Superyachts is underway at its shipyard facilities in Ancona, Italy.

The Italian shipyard has announced that the technical and machinery spaces aboard the Columbus 80 are approaching completion, as well as the outfitting of the teak decks, interior and the painting of the exterior. With an exterior design by Hydrotec and an elegant interior from Francesco Guida, the Columbus 80 was commissioned by an experienced owner in 2016 and is Palumbo Yacht’s biggest superyacht to date.

Measuring 79.5 metres in length and a beam of 13 metres, the Columbus 80 has an internal volume of 2,100-plus gross tonnes. With such a large vessel, Palumbo has been able to utilise its experience working on commercial vessels on this project. The two MTU 4000 M63L engines amidships will deliver a top speed of 16.5 knots and a range of 6,000nm at a cruising speed of 12 knots.

The layout of the vessel includes four distinct levels, and the guest accommodation on the main deck comprises four double cabins and a full-beam VIP suite with private lounge. The Columbus 80 also features a massage room, beauty parlour, gym, sauna, private office, and waterfall pool on the sundeck.

Between its Columbus and ISA brands, Palumbo Superyachts has eight projects in build ranging in size from 80 metres to 23 metres. Palumbo Superyachts will be in attendance at the Monaco Yacht Show this September, holding a stand at Quai Albert I, AL16.