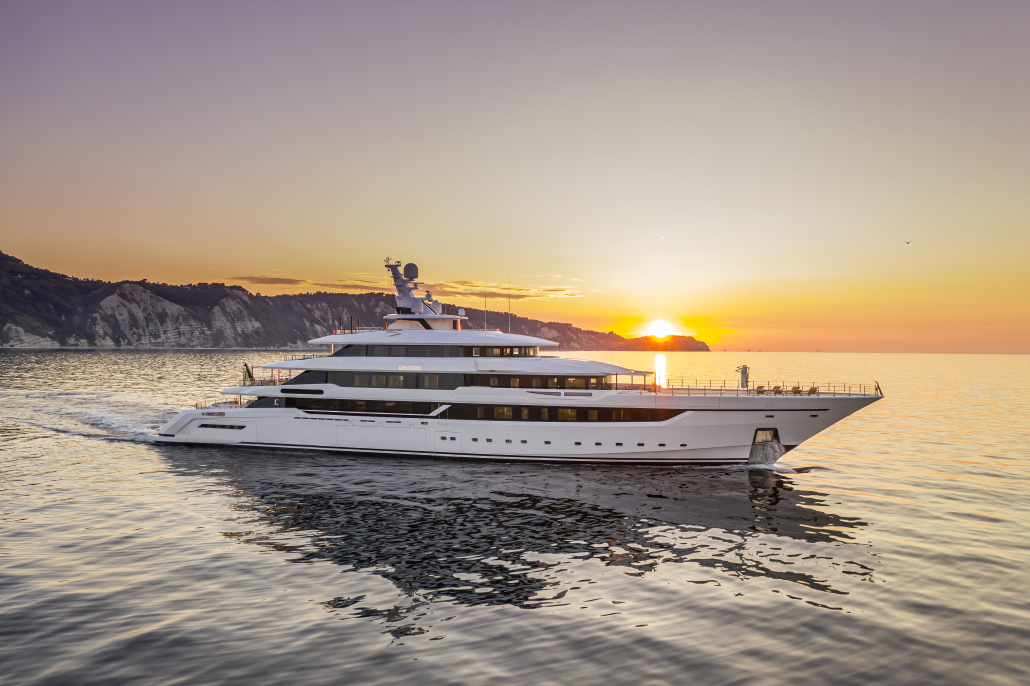 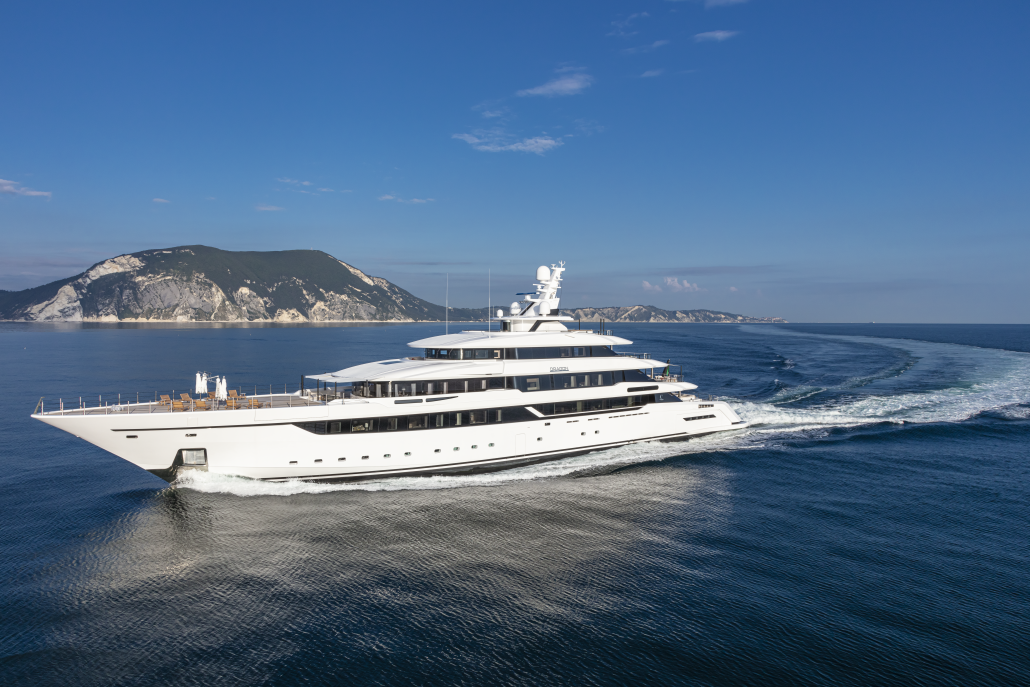 Back in March, Superyachts.com reported on the successful launch of Columbus Yachts', brand of Palumbo Superyachts, largest yacht to date, M/Y Dragon. Weeks later, new imagery, video and further information about the brand’s new flagship have emerged. We take a closer look at the 80m built in just 27 months.

Labelled a contemporary classic by her Italian yard, Dragon has followed in the footsteps of the yard’s increasingly large fleet including 54m Prima and 57m Taiba. However, with the help of advanced naval engineering and exterior design by Hydro Tec Studio, the yard has managed to increase their build by 20+ metres.

Sharp and elegant on the outside, the shipyard and designers worked hard to create a silhouette that won’t age quickly; a requirement that has well and truly been met across all 5 decks. Housing six decks connected by an elevator, Dragon may be large, but doesn’t appear at all clunky on the water.

A 13m beam and colossal 2,300 GT volume ensures plenty of interior room and space to cruise in luxury, designed by Francesco Guida. Revealed to the world in new images seen below, her interior style is sophisticated yet warm, allowing guests to relax in a modern atmosphere which is both soft and sensory. While natural wood and hints of bronze and gold ooze opulence, M/Y Dragon’s interior is anything but stuffy; it’s inviting, providing a space to really relax.

Housed on the lower deck are 10 crew cabins and a garage for 2 tenders (7 and 9.5 metres (the latter built directly by Palumbo Superyachts) and a lobby with elevator access and a guest cabin. But a real head-turner is the 200sqm bridge which includes a bar, a sauna and a Turkish bath, not to mention 3 eye-catching blue agate backlit panels.

Elsewhere, Dragon boasts a large ‘Provencal’-style living room and dining area with custom-made 14 seater table for opulent evenings indoors, while the aft is home to a further 14 seater space for sunset dinners outdoors. At the bow, a second living area provides access to the helicopter platform. Her 80m size further allows a deck to be exclusively reserved for the Owner, with a 110sqm cabin providing 180 degree view of a private deck forward.

Further features include a 50sqm wellness area with Tecnogym, beauty / massage parlour and the sun-deck with 7m pool at the stern. A blade waterfall divides the pool from the whirlpool and making this area truly unique and providing the perfect place to watch the sunset from 12 metres above sea level.

Of course, no yacht could be named ‘Dragon’ without performance credentials. Her twin MTU engines, deliver over 2,240 kW of power each, allowing a maximum speed of 17 knots and a range of over 6,200 nautical miles at an eco-speed of 12 knots.

Dragon will be world-premiered at the upcoming Monaco Yacht Show in September 2019. Until then, we eagerly anticipate updates on the arrival of the 50M under-construction Columbus Sport, due for launch in Spring 2020.