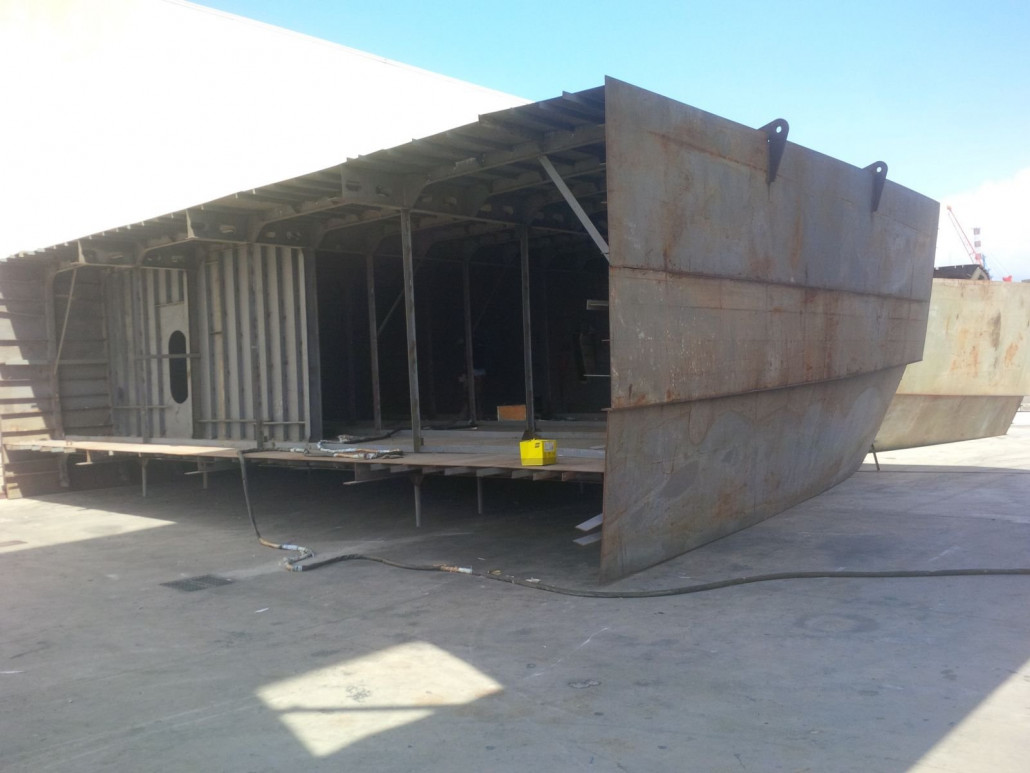 A series of images released by the shipyard show sizeable sections of the vessel’s upper hull completed, with interior bulkheads already in place in several areas.

Designed by Vafiadis and Associates, the Columbus Oceanic 70m will be the largest super yacht built by Columbus to date. When completed, she will have a beam of 13.4 metres and a gross tonnage of around 1950.

In terms of performance, her award winning propulsion system enables a top speed of 18 knots. Additionally, by slowing down to 16.6 knots she is still capable of delivering a 3000 nm range, a figure that increases to 5000 nm at 11 knots.

Notable features on the yacht are expected to include a side-entering floating garage, a central spiral staircase and expansive beach club.

Columbus Yachts is the superyacht division of ship builder Palumbo Group, which was founded in Naples in 1967. In 2008 the Group decided to branch out into luxury yachting and launched their first superyacht in 2011.