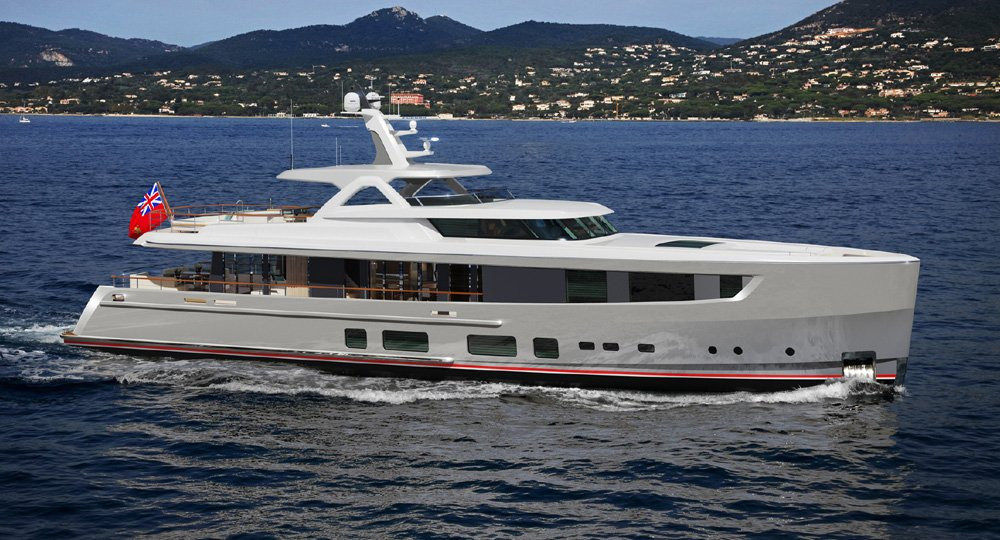 Mulder Shipyard in the Netherlands has started construction on a new 36 metre milestone project, the yard’s largest project to date and the second to be built to exacting new LY3 standards.

Having successfully delivered a 28.65 metre Mulder Voyager and the 34 metre custom-built Solis in 2015, this new 36 metre project is the next step forward for a Dutch yard that is making significant waves in the global superyacht world.

“The basic concept behind this exciting new yacht is to make the most out of a volume not exceeding 300 GT,” explains yard director Dick Mulder. “This will open up excellent possibilities for both private use and chartering, with the possibility of having a relatively small crew on board when the owners are onboard.”

This fast displacement motor yacht will be built with full RINA MCA LY3 certification and have a transatlantic range. “She will be fitted with many features normally associated with far larger yachts in terms of both operation and design,” adds Mulder. “Special features will include a large William Dieseljet 625 tender, a beach club, two Jet Skis, a large whirlpool bathtub and plenty of sun pads. We are convinced that the end result will be truly exceptional for this size of yacht.”

Following a successful partnership on an earlier build, Mulder Shipyard suggested to the client that Claydon Reeves Design and International Yacht Register serve as owners’ representative. The naval architecture will be taken care of by Van Oossanen, ensuring the finest sailing characteristics.

“We enjoyed working closely with Mulder Shipyard during the fast-paced design and build development of Solis,” says Mike Reeves from Claydon Reeves Design. “We share similar values and aim to achieve a high-quality, authentic product. As a result, the new 36-metre yacht will be practical, finely detailed and have a wide appeal.”

“The quality and workmanship of Mulder Yachts speak for itself,” states Stephen White from International Yacht Register. “We look forward to working with all parties to build on that success and help the latest build surpass expectations. Mulder Shipyard is certainly on the move and we are delighted to be associated with them.”

The new yacht will feature a bespoke modern exterior with a sleek aluminium construction and a continuous window line which culminates in a contemporary plumb bow. The design will feature the Van Oossanen patented Fast Displacement Hull Form (FDHF) to ensure comfortable sailing and fuel economy at all speeds. This will not compromise performance as the twin 847 kW engines will ensure a maximum speed of 17 knots.