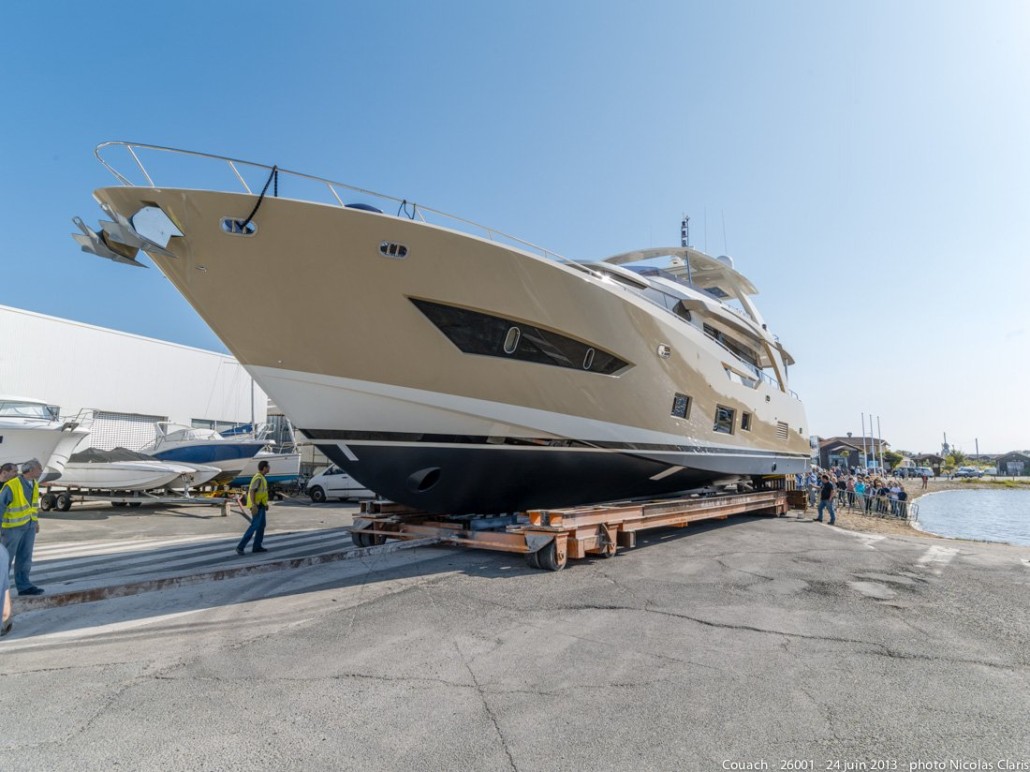 Couach have announced the launch of a new 26-metre 2600 FLY yacht – the first vessel the shipyard has built over 80 foot.

Unveiled on the Arcachon Bay on the southwest coast of France, the new 2600 Fly is billed as a compact, homogeneous and functional yacht, designed for both on-board pleasure and sailing performance.

Particular among the yacht's features created by in-house designer Franck Reynaud are stylistic effects such as the bow layout, which is uncommon on a deep V-shaped hull, as well as the flying bridge layout and the large sliding side doors that open the lounge onto the sea.

The new 2600 FLY is set for its worldwide premiere at the Cannes Boat Show in September.