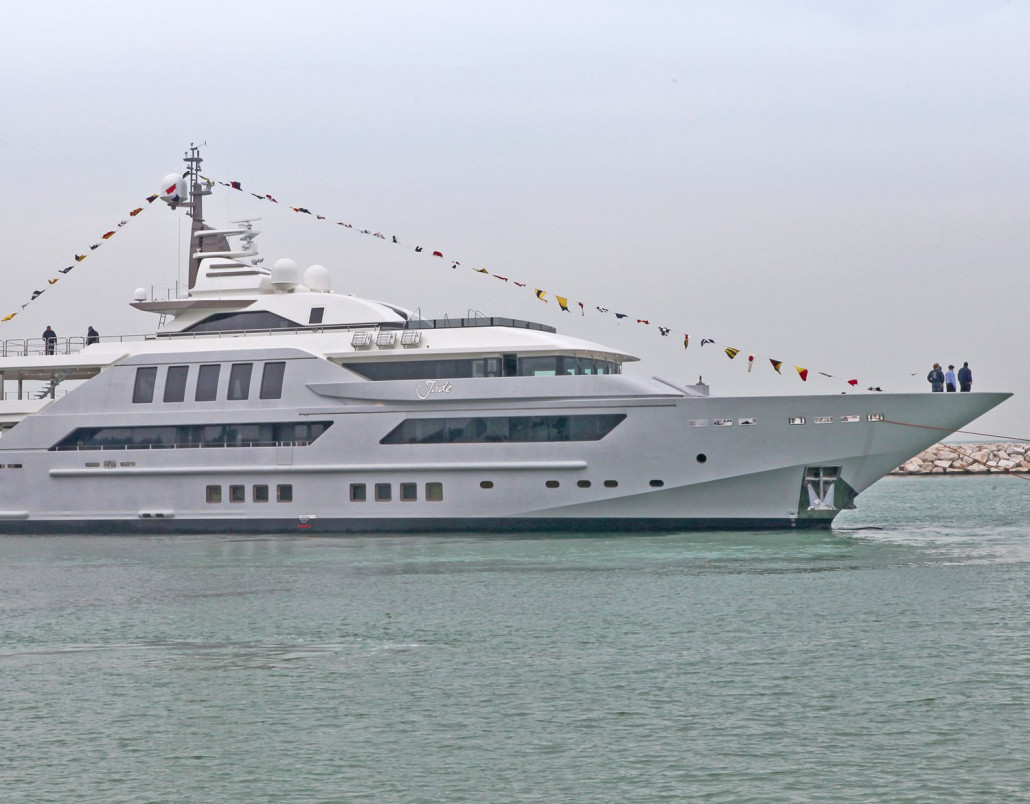 The CRN Shipyard in Ancona, Italy has announced the launch of the CRN 125 “J’Ade”, a 60 metre steel and aluminium megayacht.

The private launch ceremony was held in a private yacht marina and welcomed the owner, the management, CRN and Ferretti Group staff, who all celebrated the seventh 60m yacht launched since 2005; a particularly significant result for CRN.

The installation of the yacht interiors will be completed in the upcoming months and it will be delivered to the Owner in spring 2013.

Lamberto Tacoli, CRN Shipyard Chairman and CEO., gave a speech at the ceremony, declaring: “It is definitely a very important step, just like all the other launches, in which we pride ourselves on the great work carried out and the pleasure of having a ‘product’ representing the company in the most beautiful seas and harbours around the world. My thanks today go to CRN’s skilled workers and team who have made it possible to reach this new milestone, in which we take pride. However, CRN looks ahead and plans a way forward which offers great attention to the client, details and after-sales services”.

“The Shipyard is in full swing and the next launch, that of an 80 metre, will be held in less than two months: all our efforts aim at maintaining CRN’s position in the elite world of shipbuilding”, concludes Tacoli.

Hull number 125 of the Shipyard, made of steel and aluminium, has an overall length of 58.2 metres and a maximum beam of 10.2 metres. Thanks to its four decks and a sub deck, the superyacht can comfortably host ten people – distributed in four guest cabins and a master suite – and thirteen crew members.