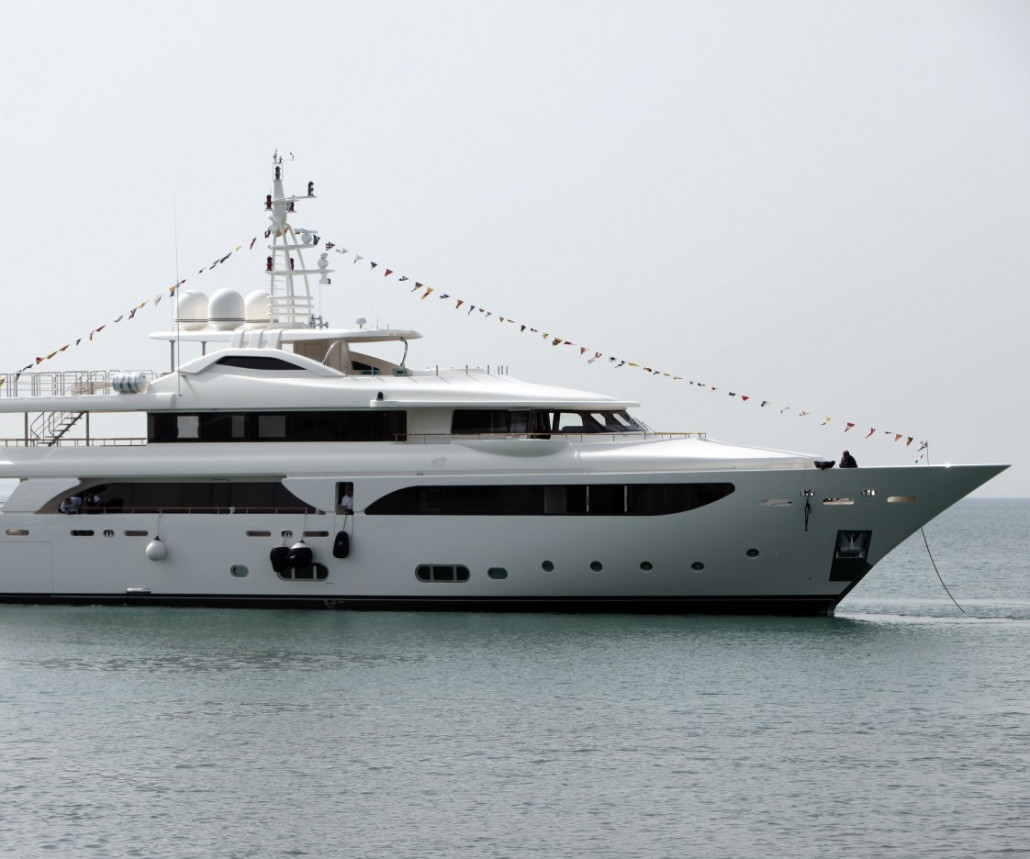 CRN has today announced the launch of the eighth pleasure vessel of the successful Navetta 43 line. Equipped with an internal lift and a new sun deck layout, this yacht stands as the second launch from the shipyard this year.

A private launch ceremony took place this morning at the CRN Shipyard in Ancona, celebrating the launch of the superyacht 43m CRN Navetta 43 “Lady Genyr”. The launching was attended by the Owner's family, the workers and the top management of CRN.

Lamberto Tacoli, Chairman and CEO of CRN S.p.a., claimed “Today's launching is a further important step for CRN in establishing itself among the top players of international yachting. Just three months from the historic launching of the 80 metre ‘Chopi Chopi’, the largest pleasure vessel ever manufactured by CRN, the eighth Navetta 43 was put to sea. This continuity shows the commitment and the productive capacity of the Shipyard that has shown itself capable of combining innovation and tradition, creating tailor-made products for each Client".

Lady Genyr can comfortably accommodate 10 passengers in five cabins (an Owner's suite + four VIP cabins) and 9 crew members whilst holding the capability of sailing in absolute comfort at a top speed of 15.5 knots and a cruising speed of 13 knots. It has a range of about 3,800 miles at 11 knots, therefore, perfectly capable of sailing across the ocean.

With its four decks and hull with bulbous, Lady Genyr, when compared to the other megayachts of the Navetta 43 line, has a new layout of the sun deck, characterized by even wider spaces. Among its special features is the internal lift linking the decks, expressly requested by the Owner.