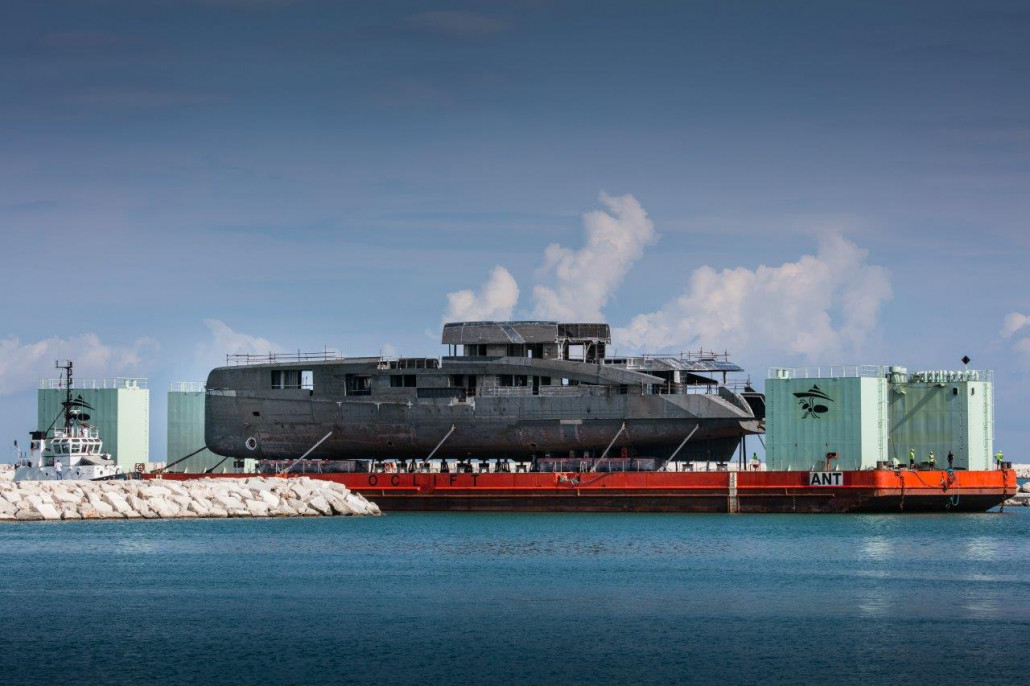 CRN Offer a First-Look at the 137 Superyacht Project

The latest 62-metre under construction at the CRN shipyard in Ancona, Italy, has today seen the light of day as the yacht-builders move project from yard to open-air.

Featuring a large beam of 11.50m, the Nuvolari Lenard design CRN 137 is a voluminous creation with a nascent, but intriguing exterior design hinted in the early stages of construction. The sleek and yet sinuous lines, coined by the builder as ‘shaped by the wind’, work with a vertical bow which maximises style and volume.

Construction charges on and, over the last few weeks, the hull and superstructure are joined with more to be mounted and systems are progressively being installed on board. The preliminary processes which will see the furniture installation - set to complete the Nuvolari Lenard interior - are underway, bringing the five-deck superyacht to life step-by-step.

The layout will include a master suite and 5 VIP cabins, allowing to host up to 12 guests. In particular, the master stateroom facing forward will benefit from a privileged position on the upper deck. This deck, which has become the Master’s Deck on this yacht, will feature a panoramic lounge located at the bow, which can remain private or be accessible to other guests, at the Client’s discretion.

Besides the 62 m CRN 137, CRN is currently working on two more yachts: 79 m M/Y CRN 135 and a 50 m M/Y Superconero. The latest-born at CRN, 74-metre Cloud 9 – a skillful combination of functional exterior & interior spaces and sophisticated interiors - will be presented as a world première at the Monaco Yacht Show.