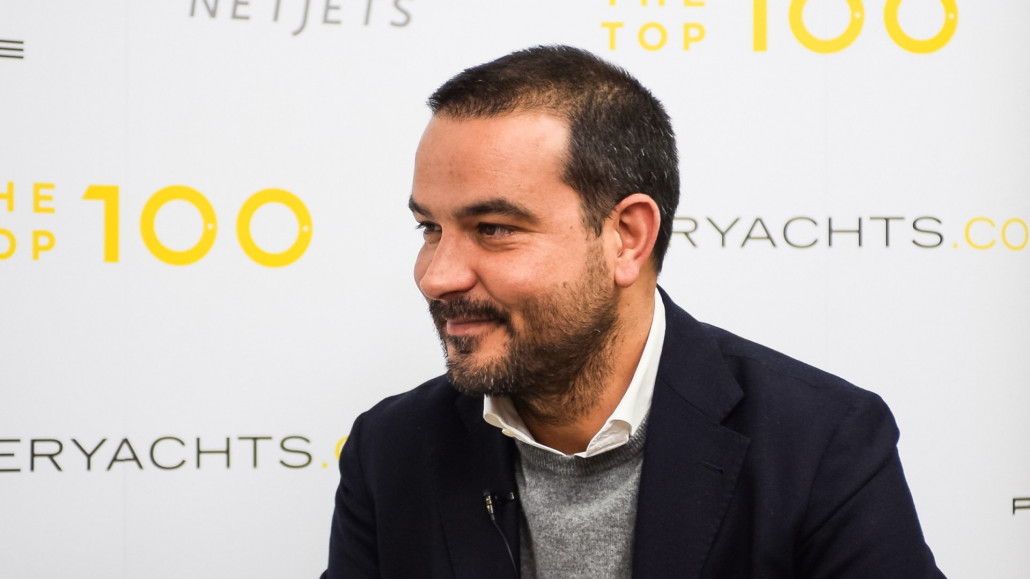 This year is quickly turning into a period of significant change for the superyacht industry, and CRN is enforcing this notion after announcing a new industrial plan. Luca Boldrini, Sales & Marketing Director for CRN joined us at the Top 100 to discuss their new launches with details of the new strategy below.

At the Ancona headquarters of Confindustria (the Confederation of Italian Industry), representatives of the main union met with the company management, namely Lamberto Tacoli, President and CEO of CRN S.p.A., Marco Zammarchi, Responsible for the Reorganization, and Giovanni Sardella, Head of Human Resources.

The company presented its new industrial plan aimed at the re-launch of the shipyard, conveying the key elements of the plan and the effects of the company’s reorganization strategy, related to the workloads and the initiatives in support of the plan itself.

This objective will be achieved through the expansion of product ranges and brands built in the shipyard, building also steel and/or aluminum vessels of the Riva and Pershing brands. In addition to that, the company started the refit of a 46 m CRN ship, thus starting a possible new area of business.

This strategy of re-launch aims not only at generating an increase in the total turnover of the Company, but also at creating more opportunities for the Ancona shipyard, despite a quite complex marketing scenario.

The shipyard has currently two yachts under construction: M/Y 131 74 m and M/Y 134 55 m, as well as the refitting of a 46 m craft. At the end of 2014, the contract for a 77 m vessel – currently undergoing the planning stage – was also signed. The commercial activity of the shipyard continues with several important negotiations, in line with the aforementioned industrial strategy.

While remaining among the largest shipyards in the international segment of mega yachts (vessels over 40 m), CRN operates in a global nautical market strongly declined in the past three years.

The re-launching plan of the shipyard involves a company reorganization aimed at creating a strong production specialization optimizing and consolidating the know-how existing within the company, through important training interventions and investments in the productive areas considered as strategic.

In order to safeguard the occupational levels and its workers, the plan also provides for the opening of an Extraordinary Redundancy Fund for a period of two years, in order to absorb the low workloads expected for the next two years while preserving the present structure of production.

More details surrounding the re-launch will emerge soon, but with the successfully launched Yalla now on the water, watch the above video for more information on the new milestone for the Italian yard.