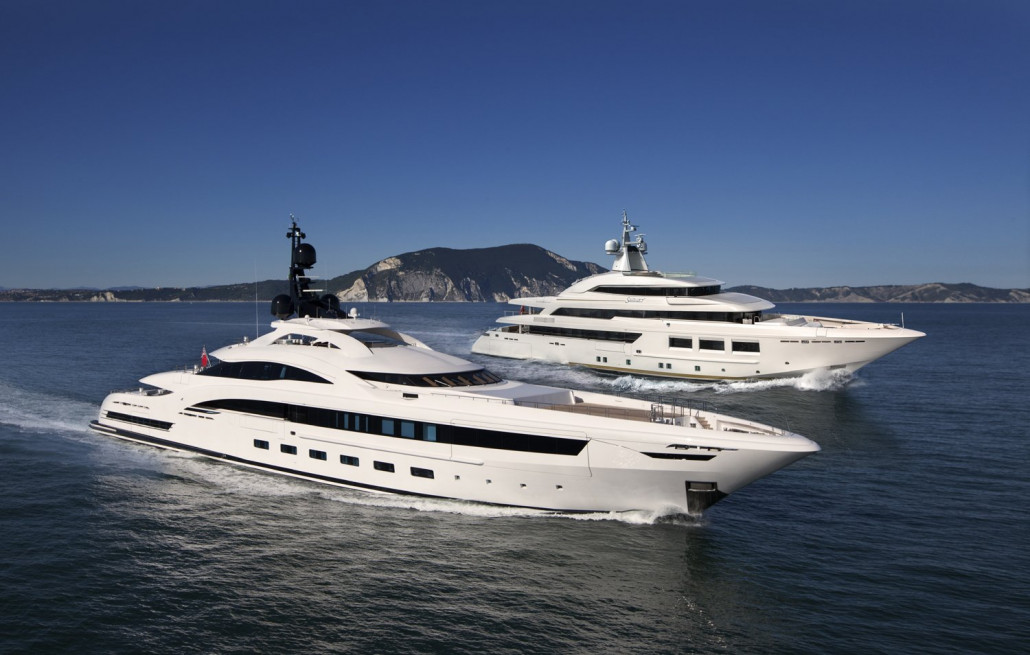 The 61 metre Saramour and the 73 metre Yalla are the two most recent superyachts built by CRN. Both vessels were launched and delivered during the year and cruised across the Mediterranean Sea through the summer, acting as true ambassadors of the unique engineering and design skills, craftsmanship, style and Italian excellence that have always been CRN’s hallmarks.

The two latest jewels built by the Shipyard, the 61m Saramour and the 73m Yalla, have joined another two equally outstanding yachts, which were delivered over the last 14 months: the 60m J’Ade, featuring for the first time ever the innovative float-in garage, and the flagship, 80m Chopi Chopi.

The latter has already won many international awards over the course of last year, like the “Most Achieved Trophy” at the World Yacht Trophies 2014, the “Best Interior Design Award” in the category of superyachts above 60 metres at the “Showboats Design Awards”; the “Judges Commendation” at “The World Superyachts Awards”; and the “Barca dell’anno 2013” award.

The delivery of these two new yachts crowned a very dynamic period for the Shipyard, which recently successfully attended the Monaco Yacht Show. CRN will be at the Fort Lauderdale Boat Show next week to further that success and close the year with a larger fleet and renewed success going into 2015.