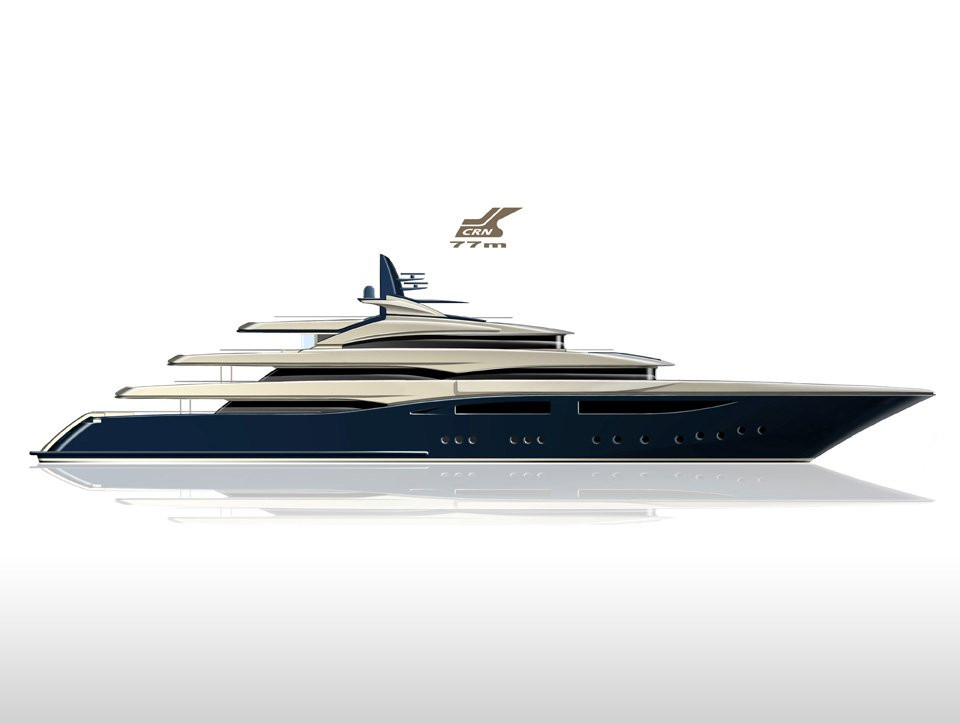 After the launch of CRN’s 80m flagship Chopi Chopi during the last edition of the last Monaco Yacht Show, CRN is ready to produce a new important project: a 77 metres superyacht designed by Studio Zuccon International Project, whose project design was developed by CRN Engineering and the interior design by the architect Laura Sessa.

We look forward to bringing you more information on this sleek and sophisticated superyacht as the project continues.