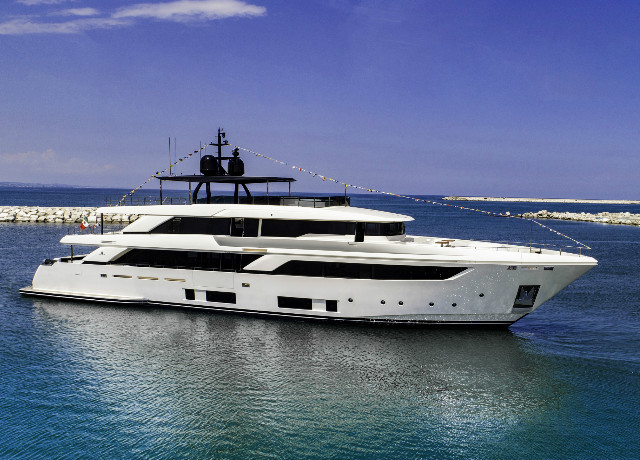 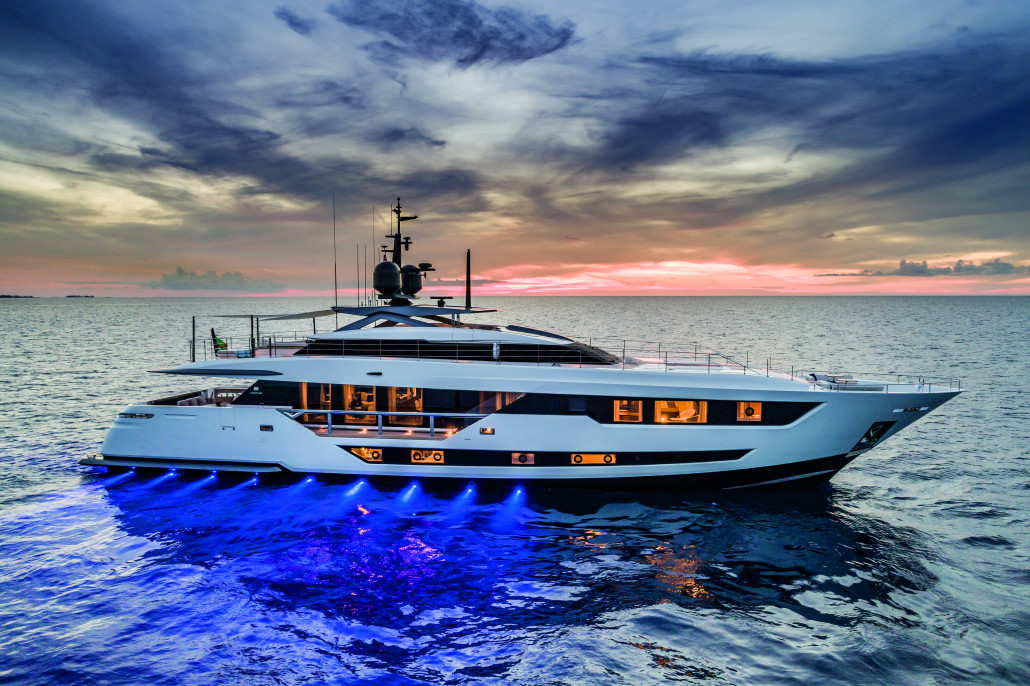 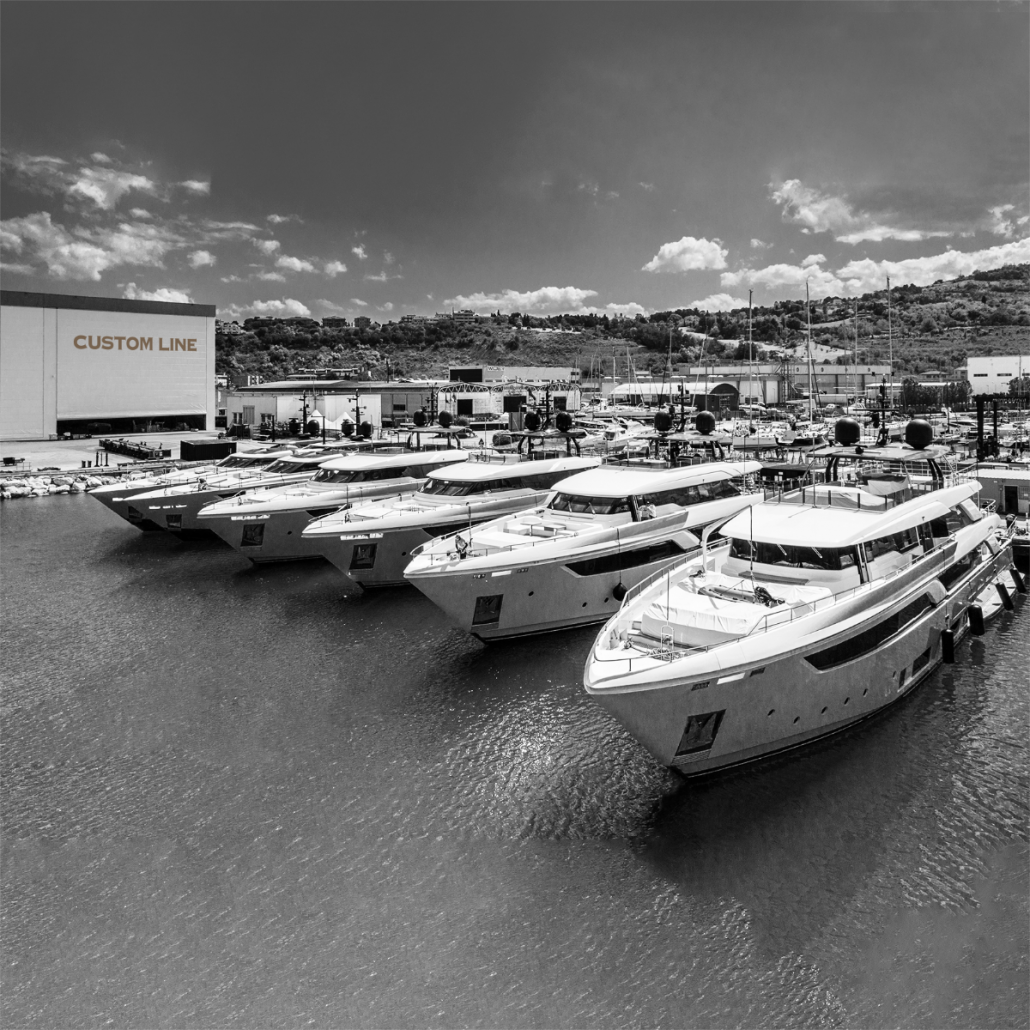 The fifth hull of the Navetta 33 semi-displacement series has now been launched by Custom Line. The Ferretti Group played host to the launch at its shipyard in Ancona, Italy. The 33-metre was custom-built and commissioned by a North American yachtsman. Her owner will enjoy a cruise in the Mediterranean before crossing the Atlantic where the superyacht will be docked in American waters.

The fifth hull was designed in collaboration with the Product Strategy Committee (headed by Perio Ferrari) while Studio Zuccon International Project were responsible for the exterior design and the Ferretti Group’s Engineering Department was in charge of her interior.

The four-deck superyacht consists of a five-stateroom layout including a wide-body master suite located on the main deck and four guest cabins on the lower deck. She can accommodate up to 10 guests and has a range of 2,000nm.

The Navetta 33 series rose to popularity with it’s first hull named Telli, which won the World Superyacht Award. With her debut last summer she was built for Ferretti Group CEO Alberto Galassi.

In conjunction with the exciting launch of Custom Line’s fifth Navetta 33 the Ancona Shipyard has also launched a fifth Navetta 37 and the first Navetta 42 flagship with a gross tonnage of over 300 GT within the same month. Furthermore, with the huge success of the Navetta 33 series, superyachts.com look forward to the 2019 launch of hull number 10.