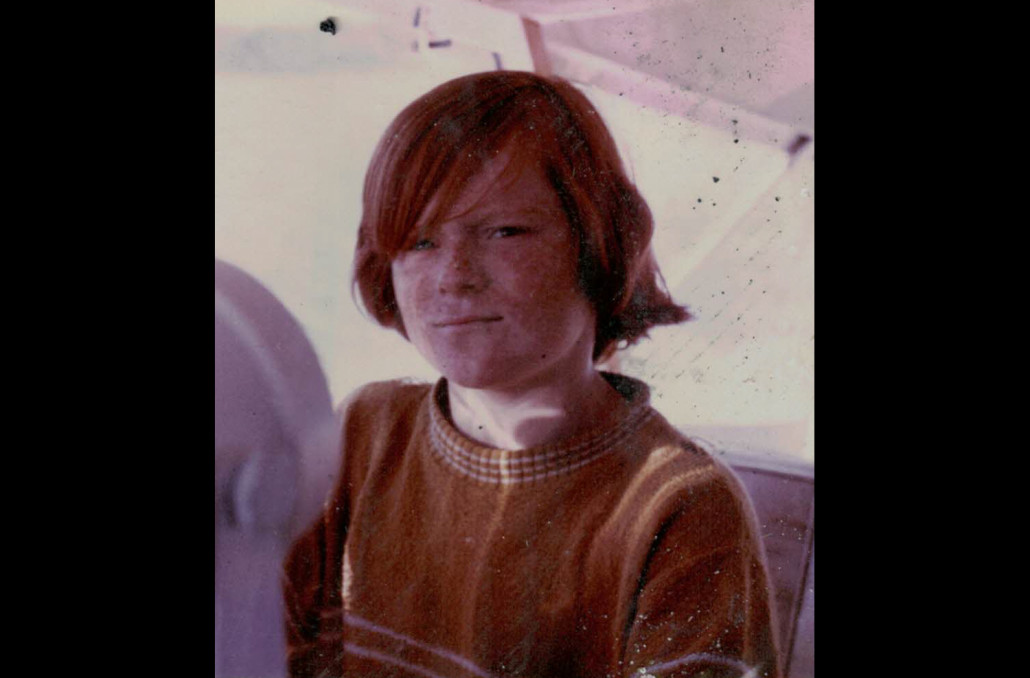 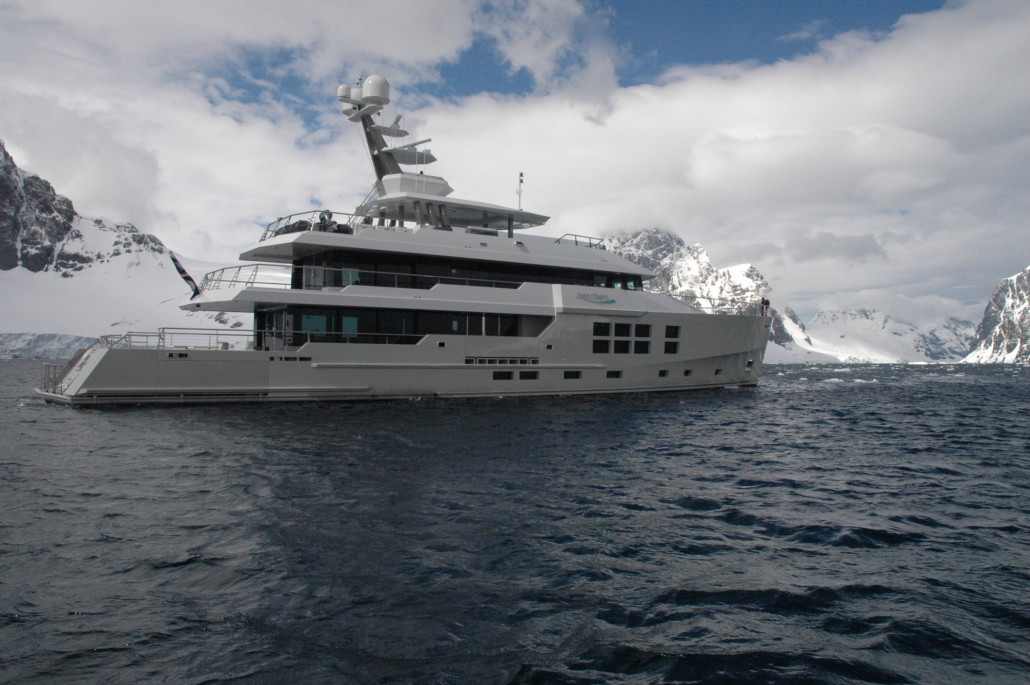 While the United Kingdom may be home to the majority of the world’s superyacht design community, there are a few big names further afield but just the one in Victoria, British Columbia, Canada.

It is there, in a quiet residential area that you will find a farmhouse filled to the brim with busy creative minds led by founder and CEO of Gregory C Marshall Naval Architect studio, Greg (Gregory) Marshall together with vice president Gord Galbraith. The award-winning studio is known for a number of superyacht designs including 45m Big Fish, 50m Star Fish and 34m VvS1.

With a large project under construction in Europe alongside a handful of other builds including a 34m, 35m, 36m and 38m underway in Vancouver, and a couple in build at Westport Shipyard, we take the opportunity to walk down memory lane with Greg Marshall for this edition of Decades of Design.

Who inspired you to become a designer?

I was born and bred in Victoria, BC and was surrounded by boats and water. My dad was an architect so I was exposed to drawing at an early age and was probably genetically predisposed. My parents were casual boaters and would jump on a weekend boat and cruise around the islands. So I was exposed to boats from an early age but something in the wiring has always been boats, and boats only.

In fact I remember drawing from the age of three or four. In elementary school I drew boats all over my desk and every weekend the janitor would erase them. Come Monday I would start all over again.

Where did you study naval architecture?

I worked for Bill (William) Garden from the age of 15, which would have been before I finished High School. Now Bill was a well-known designer from the 50s and had designed a vast array of boats. He had a private island not too far from Victoria island and we’d go by in our boat and I’d marvel at all the different boats tied up to his docks, which got me excited. So I started working for him until I was 24, which was a pretty good start.

From there I went to what is now Memorial University in Newfoundland. At the time it was called the College of Fisheries, Navigation, Marine Engineering, Electronics and something or another… we shortened it to COD college. It was there that I studied naval architecture for three years before graduating in 1985.

The course was mainly about ships and things like that, so it wasn’t to my interest. It was like putting me in a waiting room for a few years.

My very first project was a new build on an empty hull that had been sitting at Feadship. The boat was never built but when I was 15, Bill gave me CAD 500 to sketch my version of what could be done with the boat. I thought 500 bucks for a month’s worth of work, I’m going to be rich!

It was a shell that had started over at the Dutch yard but the owner died part way through, so a Canadian owner took a look at it. In fact I still have the plans laying around somewhere. However, the first one I worked on that was built was a 106ft (32m) sailing yacht that was constructed in Vancouver at Shore Boat Builders for a Swiss owner.

Fast forward to when I set up my own studio and my first project was a 62ft (18.8m) yacht built at Jespersen Boatbuilders for Vern and Linda Scott. The family still owns the yacht after more than 20 years, and they remain amongst my favorite customers and (later) friends. It is still one of my favourite yachts.

What is the balance between the yacht and commercial design work that you do?

While we do get a fair amount of commercial work, the majority of what we do is yachts. I would say that two thirds of what we do is yachts and one third is commercial. Alongside the yachts, we end up doing lots of small commercial boats up to 24m / 25m range, which is perfect for us. This is mainly because it is such a working coast where we are and so we are surrounded by the need for that kind of boat.

As a company we enjoy this kind of work, especially because it is more predictable than yachting as there is no emotion in it but personally, I am a yacht guy.

Looking back over your career so far, what have been the highlights?

I’d say it was either Big Fish or VvS1. These boats have become highlights because you are so involved in them and with these two in particular, we were involved long after they were launched. I spent a lot of time on Big Fish and on VvS1 and the people were enthusiastic and involved. So when you get a lot of feedback, it keeps you excited.

Again, I would have to say Big Fish but one of our current projects is the most dramatic but it has not been launched yet so I can’t talk about it.

Has there been a yacht by another design studio that has really caught your eye, and if so why?

After careful thought I would have to say that my favorite designer is/was Jon Bannenberg for breaking the mold on what a yacht had to look like and how it had to function. He opened the door for so much creativity that has resulted in so many of the spectacular yachts we see today. My favorite yacht by Bannenberg would have to be Mystique built by Oceanfast.

There is one that springs to mind that I keep coming back to and wanting to refine. Somewhere in the design inspiration there is a thread that is stronger than the one we have right now. It is a 55m boat that we progressed with quite a long way but the owner got hit in 2008 by the financial crises and all things stopped. It is a real shame because that project had legs and had it of gone further it would have been quite special. Quite often you go back and look at a design and go, ‘what was I thinking?’ Then there are others that you look at and think, had it hit the market, it would have changed the industry.

What type of client normally approaches your studio?

I would say that we are probably focusing more and more on north America and the northwest of America. I think you often get caught up with the thought of having to be a global company and by the very nature of the yacht business, we are. However, the reality is that we have more than enough UHNWI within 200 miles of our office. The average home price in Victoria right now is a million Canadian dollars, which on the world stage is a pretty expensive place. Typically any wealthy people from Asia often have homes in Vancouver too. And so while we have projects on the go in Europe, there are so many other design studios based over there and when we compared it to here, there is no-one else in our back yard, so we decided to focus our efforts here. As a result, we have visibly fallen off the global stage a little bit but internally we are busier than ever.

The main challenge for all design studios that are relatively small like ours would probably be cash flow. You end up with a large project that requires a lot of people to come on board to help with the work, and these people have to have unique skills and they aren’t people you can find on demand off the street. So maintaining stable cash flow is always a challenge.

What can we expect from Gregory C Marshall Naval Architects over the coming years?

We’ve been talking about moving our office for 20 years and it hasn’t happened yet. We are pretty crammed in our farmhouse here, which you know of course having been here. So we have a big team and we need more space but in terms of boats, we are seeing more and more of our preferred culture coming out in the boats that we are doing right now. And that comes back to the previous question in that we are now feeling more confident about how big our crew is and the ability to keep them going, that now we want to design these boats on our terms. That is not to dismiss the fact that they are for individual clients, however, we are turning down the types of jobs that we are not interested in and we are taking on those that do interest us.

"The boat was never built but when I was 15, Bill gave me CAD 500 to sketch my version of what could be done with the boat. I thought 500 bucks for a month’s worth of work, I’m going to be rich!"

"The boat was never built but when I was 15, Bill gave me CAD 500 to sketch my version of what could be done with the boat. I thought 500 bucks for a month’s worth of work, I’m going to be rich!"