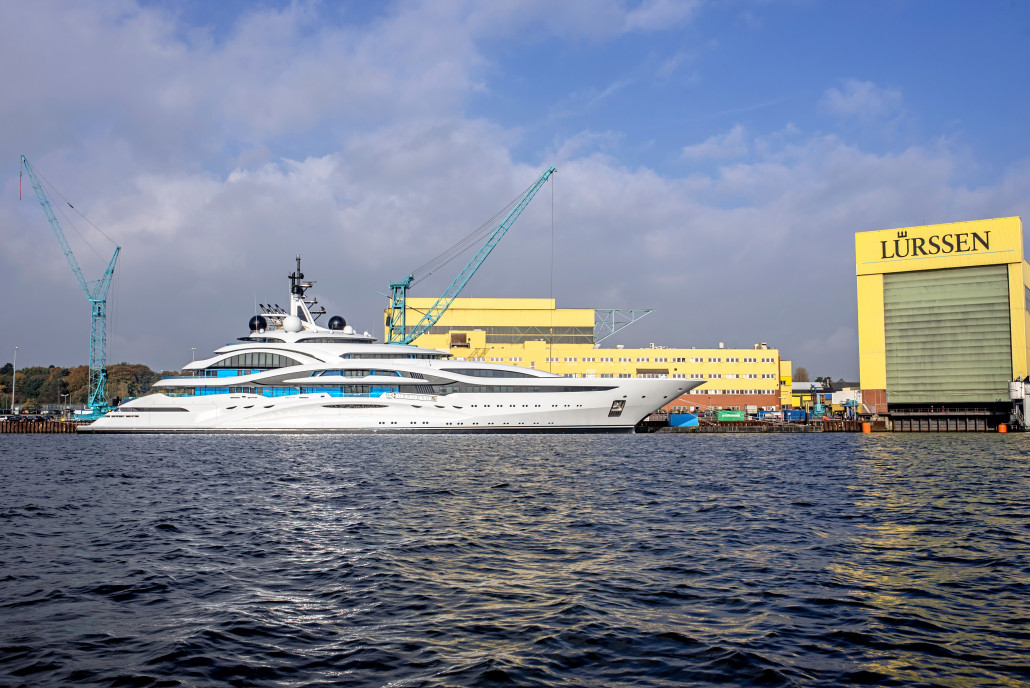 At the end of May we introduced a new feature series called Decades of Design. In it we reflect on the careers of designers who came into the industry as young hopefuls and have now become some of our most prestigious talents.

We continue the series with 1988 Coventry graduate, Jonny Horsfield. The British designer has gone from strength to strength since launching his own studio H2 Yacht Design in 1994. We retrace his journey to that point and ask him what the future holds for the design studio.

It was but we were all there because we wanted to become car designers and it was a lot of fun. I spent three years designing cars and other vehicles as it was a transport design course that included a placement year. It was a great time in life and I’ve been lucky enough to make design my career.

My passion for cars has always been strong and from the age of 16 I wanted to become a car designer. Before the internet (and still to this day), I read car magazines ferociously and saw Coventry in a magazine, as it was talking about certain designers and where they had been and so on. I saw this while at boarding school and it was the only course that existed at the time – most people were planning to go into the city, join the army or do something else sensible. So the careers masters had no idea what I was talking about when I brought this up but they were supportive. That said, I think it might have been to do with them having one less person to worry about because they could see regardless of what it was, at least I knew what I wanted to do. So I built a portfolio of designs and sketches, which included cars and went for an interview at Coventry, and it was a success!

Back in the day it was very much an art-based course and about the ability to draw and sketch using squeaky markers and pencils – it is a skill that is in danger of being lost today. I currently employ two Coventry graduates and hope to employ another soon, and though they can still sketch, they tend to resort to their computer skills so early in the design process, which is a shame.

I realised quite early on that I had the ability to convey ideas that I had on paper, which is something that not many people can do. I wasn’t good at other subjects such as English and Maths but I knew I could draw and visualise things I wanted to design, and so I quickly came to the conclusion that this is what I wanted to do full time.

During my course, my workplace led to me dabbling in product design for a company for three or four months. So when I left university I got a job with another product design company but I hated it and so when I heard about a job opportunity working for Martin Francis in the south of France. One of the guys from my year was Mark Smith who had just got a job with Martin, so I made my way down and secured a job and joined the team.

It was when I joined Martin Francis. The team were working on Eco (renamed Zeus) and I was set to work on the mast. There were some stand out refit projects too – it was just fantastic to be able to work on such amazing projects. Martin was great and gave us a lot of responsibility straight out of the box. I made some great friends while working for Martin including Espen Øino and Mark Smith ­– we were a good little team and I learned a lot. I spent a year there before returning to London, which is where my girlfriend was and so I managed to get a position with Don Starkey doing exteriors. In fact it was during my time with Don that I learned how to do interiors.

Tim Heywood has designed some fantastic iconic yachts, especially early on in his career. It is easy to think of more modern day projects that grab your attention but I really like Pelorus – it is a yacht that I admire more than any other. She is beautiful and elegant and she really changed the market and took yacht design to a subtle new level. If you look at the boat now, she really is timeless and is a project that could have easily been built today. There hasn’t been a lot of design progress in some ways but when you look at certain older projects like her, you can really see where modern styling has come from. I think Pelorus influenced so many designers directly and indirectly, and hence why she looks so relevant today because so many other yachts are in the same genre. She set the benchmark and also the framework for modern yacht design.

When you look at Eco on the other hand, there isn’t much on that boat that anyone has taken on board or used again. She is a fantastic yacht and a one-of-a-kind, whereas Pelorus had a major effect on everybody and there aren’t many yachts today where you can’t see a little bit of Pelorus in it or at least see the influence.

Eco was a very special project and one I was proud to be a part of – it was a great design by Martin and I was fortunate to play a tiny part. When thinking about projects that have come from my studio, Al Lusail (Project Jupiter) is the highlight of my career so far. It was everything I was hoping to achieve in that I created a large superyacht that was built in Germany and it had a fantastic budget. The project came about because the client had been toying with building a yacht for a long time and had seen a number of concepts but they didn’t go anywhere. Then the client saw a 90m project called Mars, which was being built at Fincantieri Yachts but sadly the client pulled out of the project. However, a brochure was made by the yard in the hopes of finding a new client and it caught the eye of my client and they thought it was really radical. We started designing something similar to that but as the project went on it morphed and grew, as is often the case. When it came to the build the owner emphasised how the shipyard was not to change the design in any way as they liked it so much. This was fantastic as the exterior design became the priority, which was a rare experience. It was a pleasure to work on and deliver for the client.

I would love to have finished the Mars project – it would have been so good to have had it built. Looking at the projects that were built, it is hard to say. There are always things that I wish I would have done differently but that is often more to do with the overall learning process – you learn from each project you work on. There are always new techniques and technology to make things better or to realise ideas that were once not possible and so on.

You have to be flexible and I think we are quite lucky because we don’t really have a house style. My whole focus is to try and approach each project differently and to deliver exactly what the client wants, and create something unique for them. It is not about me and I don’t try to put my identity on to the yacht, it is about the client. We are not pigeonholed into one particular area or style and can work for varying clients and meet their style and preference. Being this way means I can jump from an Al Lusail to a Ulysses type of project and it doesn’t seem to impact my reputation or appeal, in fact it broadens my range. This in turn means, as the market demand changes so can I.

Among the projects underway at H2 Yacht Design is the 182m research vessel called REV, with an exterior design by Espen Øino and interior by Horsfield and his team. It is a project that came off the back of Ulysses, which inspired the client to go forward with a project of a similar type. “It is a different way of building a yacht,” says Horsfield as the interview draws to a conclusion. “We are talking to cruise ship outfitting companies for the interior and you have to think in a different way if you want to deliver a good quality interior within the set budget while making the most of it.”