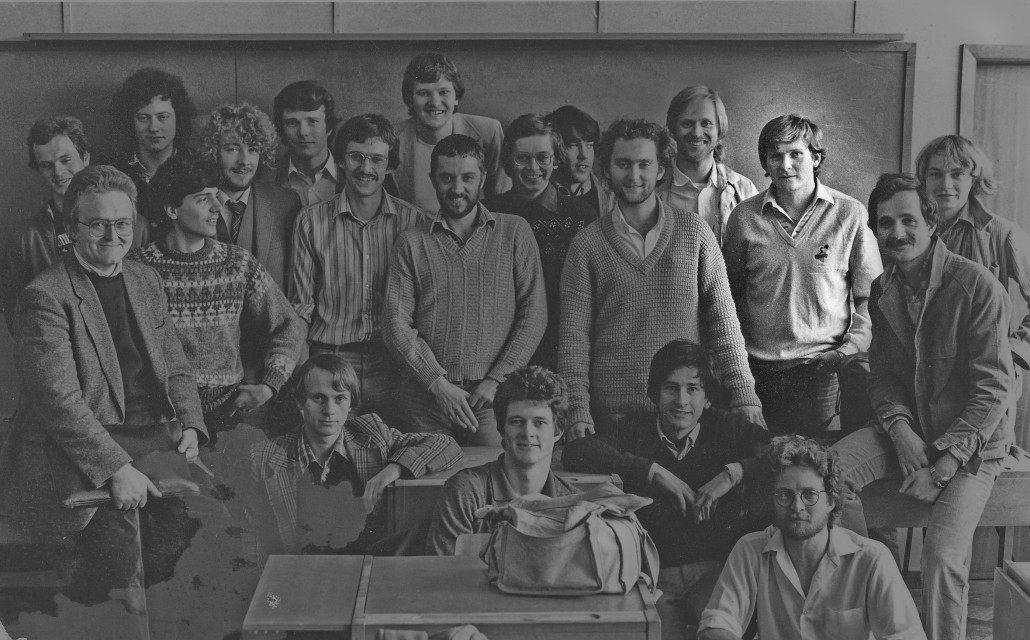 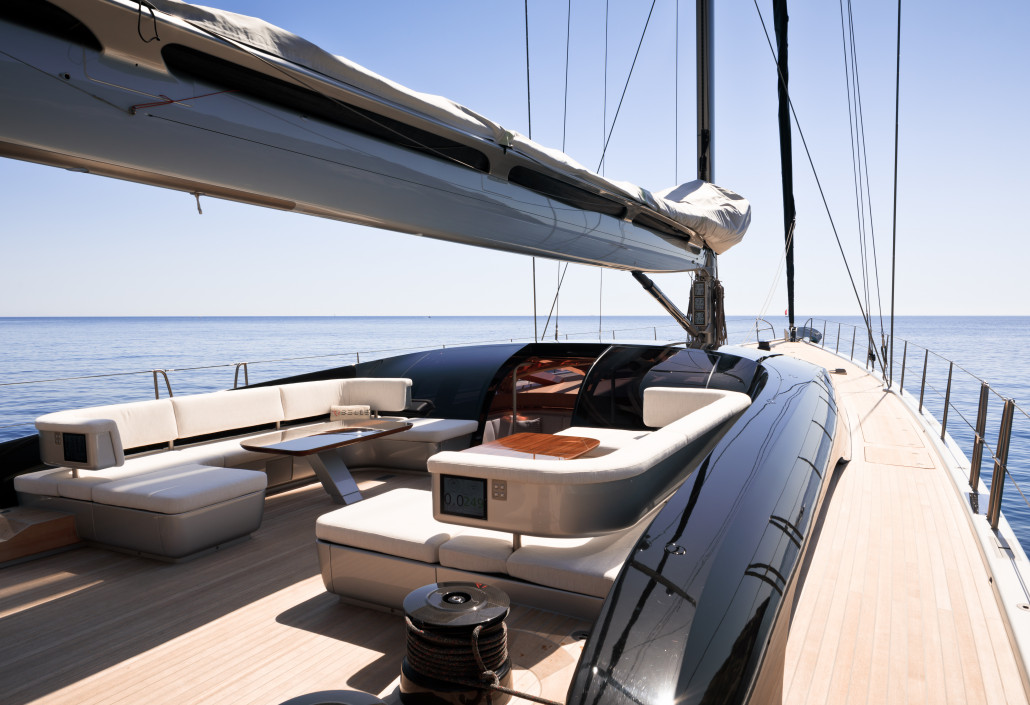 Malcolm McKeon is a name that will be familiar to many if not all within the yachting industry, especially within the sailing community.

The designer made a name for himself at Dubois Naval Architects, working closely with the late founder Ed Dubois. McKeon was a key figure and shareholder of the studio but after 31 years with Dubois as the lead naval architect, he decided to set up on his own at the end of 2012.

Having worked on more than 200 sailing and motoryachts, 50 of which have been 30m-plus, McKeon has extensive experience and plenty to share in this edition of Decades of Design.

What inspired you to become a designer?

I suppose it was my love of sailing, which started at an early age. I grew up in Fiji, in the lovely Pacific Islands, and I took my dad down to the yacht club one day and said I wanted to buy a little dinghy. He didn’t have a boat of his own, so he bought it and I taught myself how to sail, spending all my summer holidays on it. My dad went on to buy a larger boat later on, which we used to tow the dinghy along with and go sailing. It was the perfect place to grow up and learn how to sail.

It must have been stunning to grow up sailing in such a beautiful part of the world?

Yes, it was fantastic. I’m trying to persuade my young children to sail here but it is very difficult because they have to put wet suits on and get muddy. Whereas I just put swimming trunks on and off I went.

Are the rest of the family into sailing?

My parents got into sailing, as did my younger brother and he became much more successful than me in terms of racing yachts but the love for sailing started with me.

I then moved to Hong Kong and carried on sailing as they had a very active sailing club called the Royal Hong Kong Yacht Club where I initially did more dinghy sailing. From those I went on to sail dragons and eventual got into bigger keelboats and later Admiral’s Cup boats, which then brought me to England in 1977. I left school to join the ’77 Admiral’s Cup Hong Kong team and decided to stay on in Southampton after it.

Where did you study and did you enjoy the course?

I went to what is now called the Solent University and studied what was then called Yacht Design, graduating in 1981.

To be honest I loathed the course with a passion. My parents were still based in Hong Kong during my studies so I would fly back and see them two or three times a year on holiday, and I remember very well not wanting to come back to England. The reasons being that I didn’t like the weather and the course was so dull. We were doing things that simply didn’t inspire me, things like business studies, electrics, engineering and so on. I know these all form a basis for designing boats but I thought there was too much on that and not enough on designing.

Even tank testing, the school had such great facilities but we had such limited time that we could spend down there — it was a real shame. At the end of each year they would threaten to kick me off the course because my attendance was so low, but I managed to stay in by the skin of my teeth.

Do you know what became of your classmates?

Some of them are in the industry such as Peter Simpson who is now a senior Cayman Islands surveyor based in the UK and Marc Lombard stayed in design but very few did. I think a lot of people went into the commercial world.

How did your career in yacht design begin?

When I came to England with the Admiral’s Cup team in ’77, I met Ed [Dubois] who had designed the boat we were on. It was that point we started working together during my summer holidays from the University and any spare opportunity I had, I would work with him. As soon as I graduated, he took me on full time as we worked well together.

What was your first major project with Ed Dubois?

In 1982/1983, there was a quarter tonner called Quartermaster that won the Quarter Ton Cup in Melbourne. It was the first success we had with the Ton Cup boats, and from there I got involved with designing many other racing and production yachts and then eventually we got our first break with a superyacht.

What was the first superyacht you worked on?

The first real breakthrough we had was when an American client came to us and said he had always had motorboats but wanted a sailing boat and it was to look like a Riva San Tropez. As I was the only one in the office that knew what one looked like, I sketched up a sailing boat with a large wrap-around windscreen. It looked like a motorboat in many respects, which is where the large wrap-around glass screens started.

We were up against Bannenberg who was also pitching for the project but the client came to us. When it [Aquel] was built in New Zeeland, I think it was the biggest sloop in the world at the time at 122-feet (37m). It was quite advanced — it was the first yacht to have captive winches and the boat was built from aluminium and featured ballast tanks. We saved weight where we could, making the entire superstructure out of kevlar composite, which in the mid 1980s was quite high-tech. It was the project that led to a number of other sailing boats of a similar style.

There have been so many superyachts and Aquel was certainly the first superyacht but there were a lot of great race boats that we did like Eagle. Often the biggest is the best and so I love Aglaia, which was mainly my work and I worked closely with her owner. Imagine was one of the early superyachts and for me was a stepping point with a low profile and a semi-sunk saloon. Then there is Salperton 3 and 4, and more recently Missy and Ribelle — although they are a similar size, they are very different.

Do you think the work you did early on in your career put you down a particular path in terms of style?

Yeah, I suppose I’ve stayed with a more contemporary look. I’ve always been keen to make sure that we don’t do something that doesn’t stand the test of time. When I look back at some of the older boats, they still look pretty contemporary, which has always been my aim.

My mum was an artist and she taught me all about proportions and I think if you get them right, a design will last for many years.

I don’t think there is a project that I’d want to go back to because I feel that you finish a project and then you move on. I think there is always something new you can do and when you start on a new project, it evolves into something different. I never look back in life but prefer to look forward to the next opportunity to develop something new.

The market has been very slow for a while now, although it is picking up slightly. The real challenge is convincing an owner to spend the sort of money to build something special. I’ve been a great supporter of superyacht regattas because in the early days it got the crews and owners out there to see how they could push their boats and to learn the limits. The result of this, however, is that owners are spending more and more on things like sails, rigs, lifting keels and lightweight interiors. So the boats have become very expensive for what they are, which are cruising yachts.

You then look at the second hand market value and many people can’t justify spending that kind of money on a new build and so owners need to have a real passion for sailing to want to build a sailing yacht that will meet their expectations.

What can we expect from Malcolm Mckeon Yacht Design over the coming years?

The next boat we have launching is the 34m Liara, which is coming out of Baltic Yachts. We are also working on two very large sailing sloops and one large sailing cat, which are all at the tender stage. However, we are also looking at some motoryacht projects and have one that will be shown to brokers and shipyards in Monaco this month during the yacht show.

"At the end of each year they would threaten to kick me off the course because my attendance was so low, but I managed to stay in by the skin of my teeth."

"At the end of each year they would threaten to kick me off the course because my attendance was so low, but I managed to stay in by the skin of my teeth."