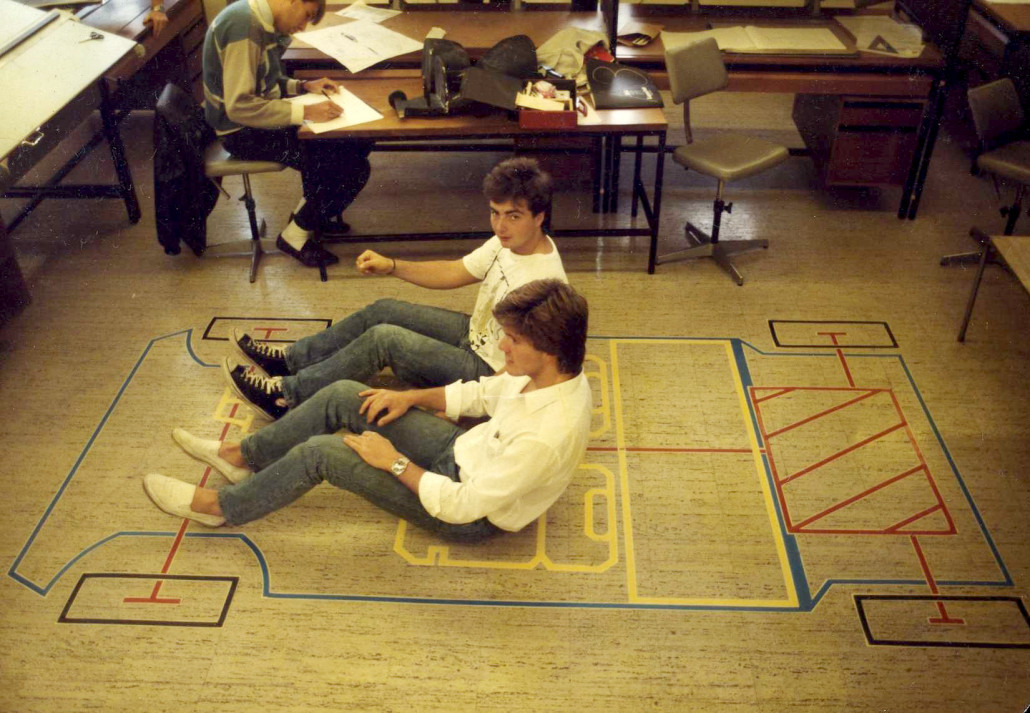 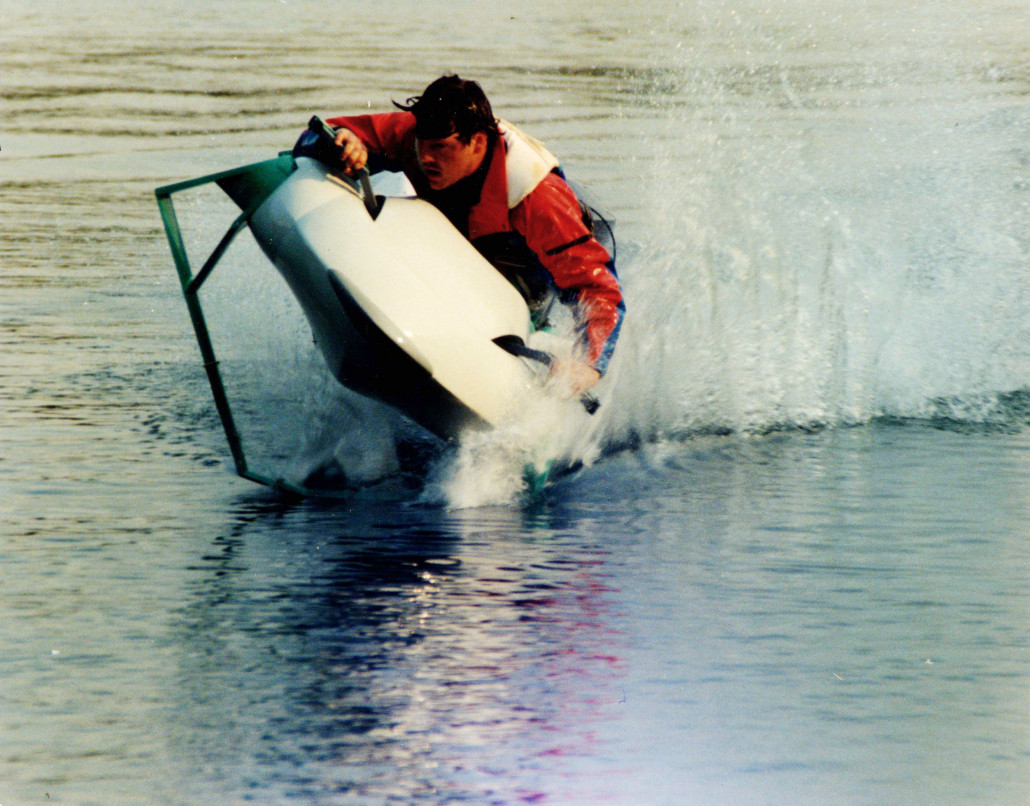 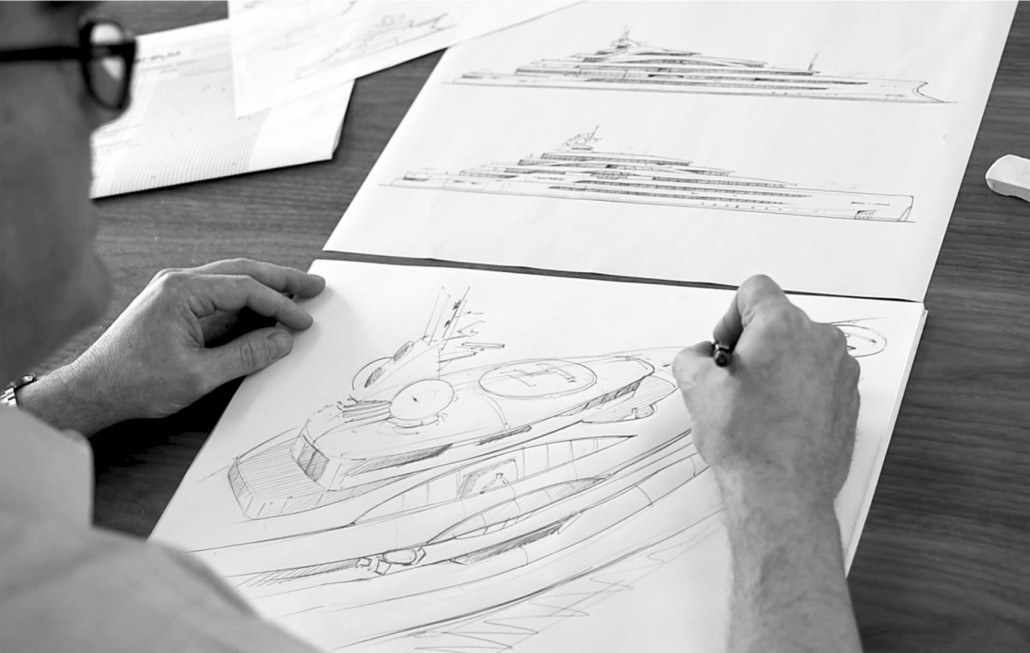 Over the past few years there has been an increase in the availability and exposure of yacht-specific design courses. However, what was it like for those who started their careers 30 years ago? In this feature series, we speak to designers behind some of the biggest projects to hit the water as they take a look back over their careers since graduating.

Design courses that touch on yachts have been around since the ‘70s, when the superyacht industry was still in its infancy. For the large majority of the design community, the real lessons came after working for established studio names, the most famous and respected of which was Jon Bannenberg Design. Bannenberg was, and still is, highly regarded within the industry and is a designer that many looked up to, including our first in this series Steve Gresham, founder and principal of Gresham Yacht Design. This British design studio, which recently relaunched its website, has worked on a number of projects ranging in size from 30m – 155m.

I studied Transport Design at Coventry University and graduated in 1988, making this year my 30th anniversary, which is amazing when I think about it. My time there was all I hoped it would be — we all worked hard and played hard. There was always something fun on that we’d be involved with and the projects we were set were interesting, so there were many great times and good memories.

For example, I remember having to get an internship but didn’t want to do it in the UK, so I packed a tent and sleeping bag before flying out to Florida over Christmas in 1986. I slept in the everglades opposite Chris Craft factory and knocked on the door in the morning. It was a gamble but it paid off as I secured a job with Wellcraft, and this was in the days before the internet, where you had to rely on the old fashioned way of getting a job.

I decided to set up my own company and designed and built a single person hydrofoil called the Manta Foil. It took two years of prototyping and testing to get it to work and we managed it. Unfortunately it didn’t go into mass production but I still have the original prototype, which I have hanging in my garage.

There weren’t many single person hydrofoils around back in 1988 when we came out with this. I recall that Yamaha had produced one and that was basically it, and we were the only company to produce one with an outboard engine. The idea was that it would be cheap to manufacture like a surfboard using a mould and then you add your own outboard or buy one off the shelf.

I was born in the Bahamas so I’ve always been close to the sea and boats, and so they have always been in my life. However, working on yachts compared to the more traditional route of most Conventry graduates which is car design, provides more freedom over the design. That’s not to say that cars aren't great to work on but the designers can be quite restricted and the majority of car projects are quite mundane. As a yacht designer you get to design the whole thing and make something spectacular.

Looking back over the past 30 years, what have been the highlights?

I was lucky enough to work with Williams Grand Prix Engineering develop racing cars, and spending a lot of time in their wind tunnel. It was a great experience but so too was our most recent superyacht launch MY Victoria, and the current designs we are working on — I always love the next design challenge.

Motoryacht Eco by Martin Francis is way out in front for me because it really was different from anything else out there at the time of launch. The Oceanfast Yachts that Jon Bannenberg designed were also groundbreaking and really made an impression on me.

I would have to say motoryacht Al Lusail, which I designed for H2 Yacht Design because it pushes the design envelope. The transition of the surfaces was a challenge, and I particularly like the concave hullside which people said could not be done. And of course the balconies and relationship between interior spaces and exterior were all stand out achievements.

If I had the chance I would like to do another high speed turbine vessel like the 24m Oci Cornie. However, it would be a new design, as I wouldn’t change Oci Cornie — she is a gem!