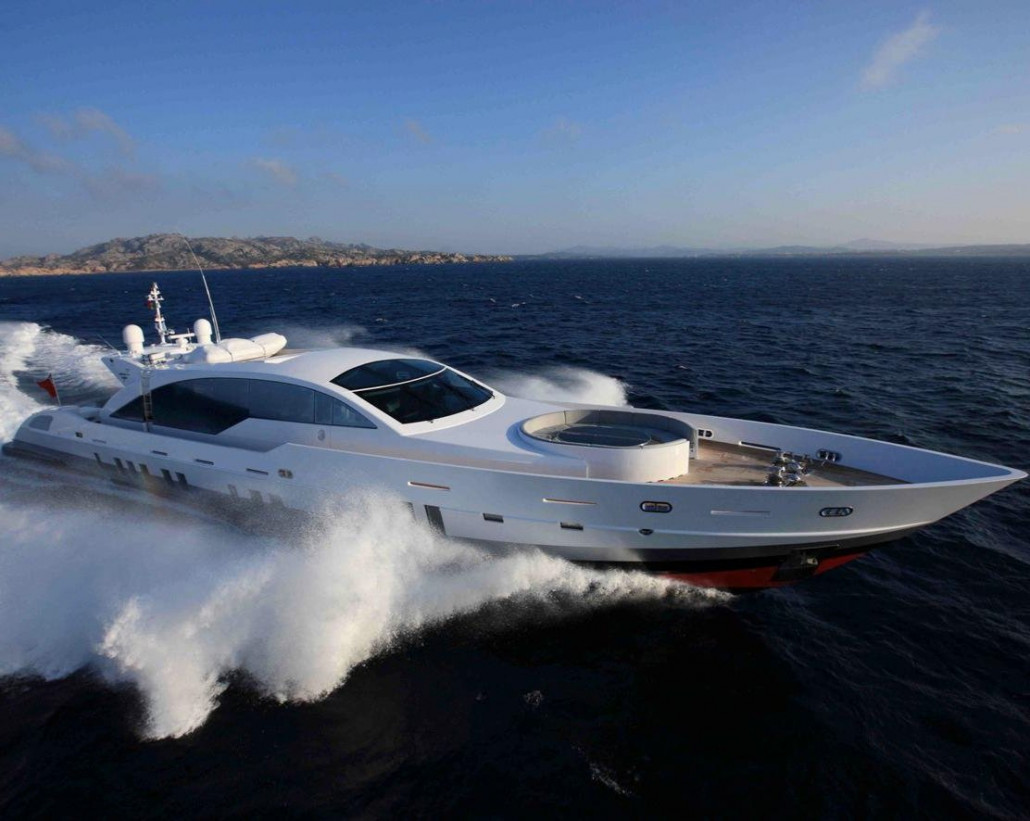 Denison Yacht Sales has proudly signed an exclusive, multiple year contract as the exclusive North American representative for Tecnomar, one of Italy’s most distinctive yacht builders.

“We are in a unique position with offices in Florida, California and now Mexico, which makes Denison Yacht Sales the clear choice to grow the Tecnomar brand in North American which holds huge potential in the near future as the market continues to recover and grow” says Denison Broker, Alex G. Clarke. “US buyers are now looking at different styles and options away from the more conventional American products and with Tecnomar’s new ownership and vision we are confident that this will prove to be a very successful relationship for all those involved, well into the future.”

“A major marketing campaign is to start immediately and will be accompanied by a large boat show presence in South Florida. Each yacht is completely customized for the individual client and offers an incredibly short build time whilst maintaining top pedigree finishes at great value when compared to the competition,” continues Alex. “A prime example of this is the newly launched 2011 Tecnomar Velvet 36m that has a base price of €7.5m. We have already met with numerous potential buyers and feel it will be a short amount of time until we announce the first signed contract.”

Tecnomar is a shipyard which offers five distinct lines of superyachts, ranging from the Velvet Series, Nadara, Regales, Impero and Maxima lines which cover the most sought after variations of modern superyachts.

The custom built 36m Tecnomar Velvet was launched earlier this year and features some of the most striking design features seen on a sports yacht. Constructed with a light weight GRP hull and superstructure, M/Y Double Shot can achieve a top speed of 32 knots whilst comfortably accommodating for up to 8 guests in 4 suites.

For more information of the new and exclusive North American representation of Tecnomar by Denison Yacht Sales, click here.