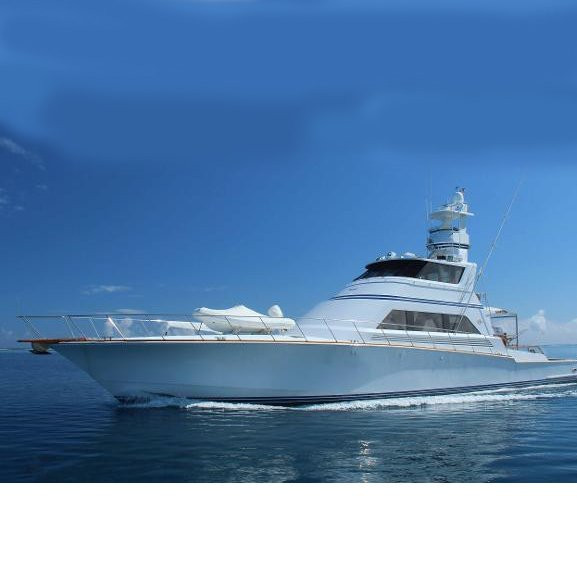 Custom built by US shipyard Knight & Carver in 1993, the vessel has had just one owner and has been maintained to extremely high standards, according to David Johnson at Denison Yacht Sales.

It boasts accommodation for six guests in a Master Stateroom and two twin cabins, whilst the interior joinery comprises exotic Koa hardwood from Hawaii with interior design by Joseph Artese.

Powered by two MTU V16 2000's, Golden Osprey has a cruising speed of 25 knots and a maximum speed of 28 knots. Other notable features include a fibreglass hull, and a fuel tank capacity of 4,800 gallons.

Currently en-route to Fort Lauderdale with an expected arrival date of April 1st, Golden Osprey has an asking price of $2.95 million.