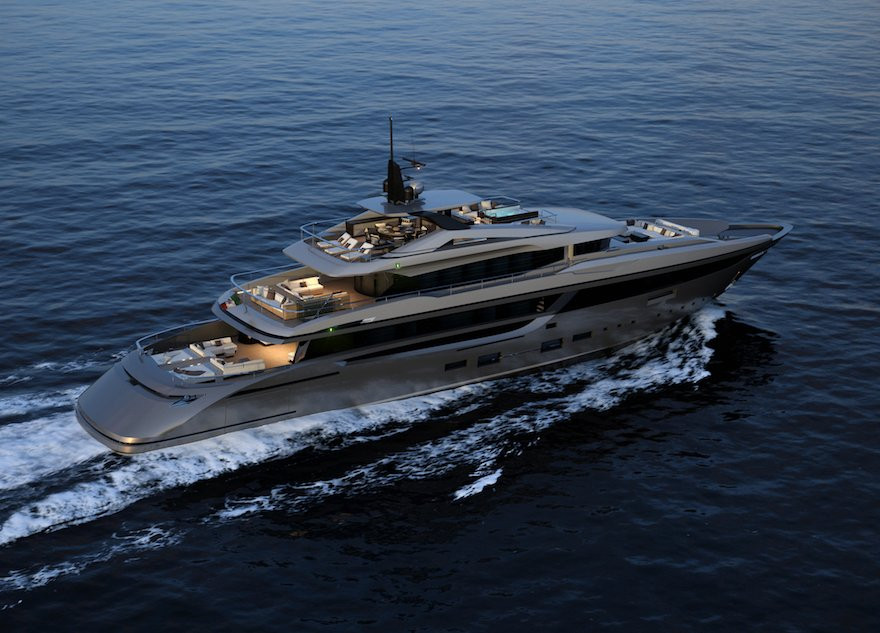 Having just returned from Italy, Alex G Clarke is pleased to announced Denison Yacht Sales' appointment as Mondo Marine North America and will act as a direct representative for the shipyard which will look to expand its presence in the US market.

Alex comments, "This is an excellent opportunity to work with a well respected member of SYBAss and a financially strong shipyard. Currently we are working to finalize 2 additional new construction contracts so the yard is extremely busy with our order book almost at maximum capacity. The vision that Roberto Zambrini has for the future of the Mondo Marine is very special and something the Denison team and I are proud to be a part of."

Since joining Mondo Marine in 2012, Managing Director Roberto Zambrini has endorsed the construction of 4 new-builds including two 42 meters, one 50m and a 54m. Attached is a rendering of the M50 designed by Hot Lab that is scheduled for delivery in 2014. In addition to the new construction projects the Savona, Italy Shipyard with its 820 ton travel lift (one of the largest in the Mediterranean) currently has 18 yachts totaling over 700 meters in length under refit.

During the 2012 Monaco Yacht Show Mondo Marine announced it has joined SYBAss thus solidifying its reputation as one of the 24 premier builders in the world for completely custom motor yachts over the 40 meter length. Boat International just announced 'MY Okko' (2012 40.80m Mondo Marine) as a Finalist for the World Superyacht Awards in the Three-deck Semi-displacement or Planing Motor Yacht Category.

Mondo Marine has recently opened offices in Milan, San Paolo- Brazil, now in Fort Lauderdale along with London in the near future. Additional announcements are soon to follow with more news about growth at Mondo Marine including upgrades to its facility & additional orders.