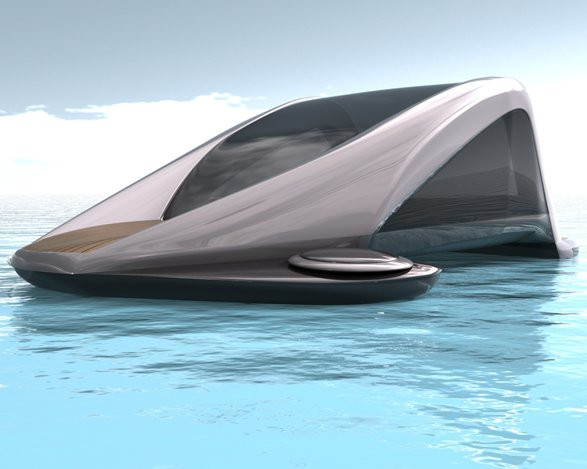 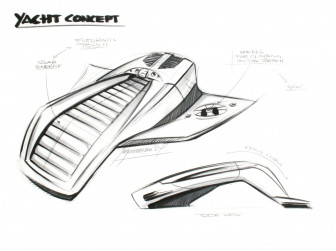 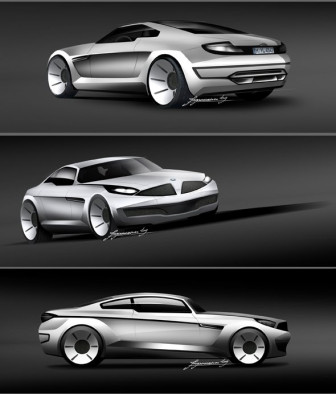 Dennis Ingemansson is a designer whose talent has been sourced by the mysterious League of Extraordinary, bringing his superyacht concept, The Princess Natalia, to development. The Princess Natalia project, an ultra-modern concept far beyond traditional designs, is one in a list of Ingemansson’s innovative and futuristic yacht designs.

Dennis Ingemansson, a young up-coming Swedish born designer, holds vast experience in luxury designs for the superyacht and automotive industry. He was selected by the League of Extraordinary for the exemplary nature and talent of his concepts; in particular Princess Natalia.

Princess Natalia, is claimed to be unlike any traditional yacht concept. The League of Extraordinary stated that the superyacht offers a bohemian and raffish exterior design inspired by organic rythms in nature, paired with the strength and elegance of military aesthetics.

The design of the mysterious Princess Natalia’s futuristic design paints an image which is more super-villain than superyacht. Princess Natalia will show absolute individuality and sovereignty in layout and technology, with focus on becoming an overall lifestyle concept, acting as a pioneer amongst established designs.

The centre of the yacht’s modern interior is a spacious lounge which, due to its height, provides an extraordinary atmosphere. Superyacht Princess Natalia also offers a sky-lounge, master suite, two VIP suites and guest rooms whereas the aft plays host to a swimming pool and separate Jacuzzi in the front. Chosen by a company called League of Extraordinary, of which little is known, it promises to be a revolutionary idea, however, this is only one of several innovate yacht designs to be penned by Ingemansson.

Upon closer inspection of his designs you begin to form an idea of the talent behind this man, with ideas spanning from cars, superyachts and even sea-based limousines. The Sea Limo itself is a concept inspired by ‘The World' in Dubai. The concept is a futuristic island hopper, which allows the owner and guests comfort and luxury whilst aboard the solar powered and satellite navigation driven vehicle, meaning that no pilot is needed.

Dennis Ingemansson’s ground-breaking design style fits best in the superyacht industry, the 68.9m Solar Gem is another striking concept, which features a hybrid electric system powered by solar and wind energy. Solar Gem offers a luxurious interior with an owner’s suite, two VIP suites and 10 guest suites. Outside, there is a Jacuzzi forward and an aft deck swimming pool. The superyacht concept also has room for an EC135 helicopter, Dubai Sea Limousine and four Jet skis.

Another of Ingemansson’s concepts that defies conventional design is the 103m superyacht. The sketches show a futuristic, curved mega yacht with a natural shape that sits on the water like an ethereal sea-monster.

Dennis Ingemansson is a truly talented individual who has been chosen by an elite development team for his innovative style. We look forward to bringing you more on his promising designs.