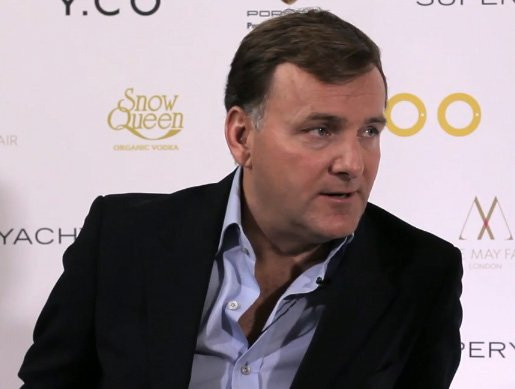 Espen Oeino is a legend of the yacht design world. Responsible for some of the most outstanding vessels to have been created over the past 20 years, his enthusiasms remains unabated and just last year saw the arrival of the eagerly awaited 85-metre Solange. It did not disappoint.

Speaking to us at the Superyachts.com Top 100 event in London last month, Mr Oeino talked to us about that project, as well as another world renowned vessel, Octopus. He also gave us his thoughts on the challenges of yacht design as well as the direction he thinks the design sector is heading.

“Well there’s about 10 years between the two,” he began. “With Octopus we started the design in 1998 and delivered in 2002 so she’s had about 10 years in service. She is one of the most widely travelled yachts we’ve ever been involved with, going to very interesting places like the Arctic, the Antarctic and anywhere in between.

“I think she was one of the first big bespoke explorer yachts, with submarines, helicopters, hangers, big tenders and toys, and I think she was like the fourth biggest private yacht in the world when she came out.”

He continued: “Solange is a completely different story, completely different boat, 85-metre. She was conceived in 2007/08, we had quite a long design development time because at the time she was signed up with the yard there was a queue, with the pre-financial crisis state of affairs, and she was delivered just last year as per original schedule.

“But there was six years between original contract signing to delivery, which was how it was at the time. So we were working very closely with the owner to make a design that would still be relevant six years later. She’s kind of curvaceous, but at the same time a bit aggressive.”

So what would Mr Oeino say are some of the main challenges he faces designing yachts of this scale?

“When you design bespoke yachts you’re trying to satisfy the client and making sure he is happy with the result”, he said.

“Most of them would like to have something very distinct that’ really sets them apart, but at the same time a lot of them make references to yachts we have done or that others have done. So you’ve got to get a nice balance between inspiration and taking it a step further, and it’s not always easy.

On that note would he say large yacht design is moving in a particular direction right now?

“I think there’s some really wild concepts out there and some are more realistic than others”, he said.

“The [Zaha] Hadid project, which is very futuristic, I don’t think it’s going to be mainstream as such but it does represent a certain openness in the design and lateral thinking which I would welcome, and I think it’s good.

“A yacht doesn’t need to look like a ship necessarily. Today we have materials, we have tools to produce structures that couldn’t be built safely 50 or 100 years ago, so let’s make use of them.”

You can watch the full video interview with Espen Oeino above this article.