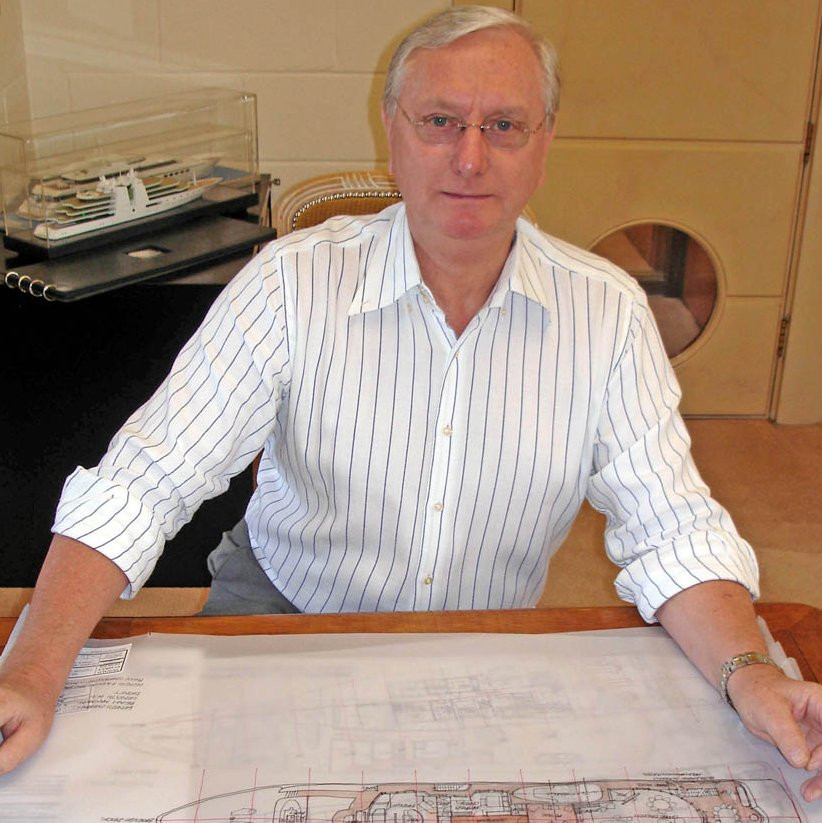 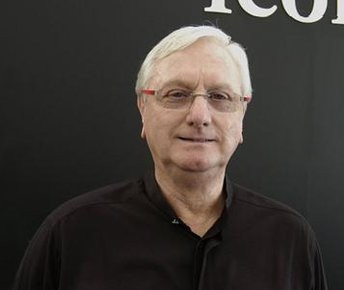 Donald Starkey is one of the most celebrated designers in the industry, having conceptualised some of the finest yachts in the world since 1989. He entered the industry after training in architecture and has been decorated with 26 Design Awards for his work over the last 20 years. We met with the Dubai based designer to hear what he had to say about the world of superyacht design.

Being an awarded designer, what are your thoughts on modern yacht concepts?
A lot of them ignore the fact that these vessels are supposed to be used on water; I see a lot of very good model designs. What a lot of young designers ignore, this may sound ungraceful coming from an older designer but I mean no disrespect, is that these things have to function properly, be operated properly, be crewed properly and serviced properly. It’s all very well to conceptualise a beautiful looking creation but a lot of the designs I see currently ignore these basic requirements.

So do you believe most contemporary works try to break out as revolutionary designs before first of all thinking about functionality?
Yes of course, one has to acknowledge that these things are on the move, they’re on the water, and they should be ready at any time to face a force seven gale. Some of the recent yachts that have been designed and built, I would possibly be scared sitting in a saloon which has sharp glass corners, sofa’s with hard edges, interesting materials yes but nothing to grab onto should you be in adverse weather conditions. There is also this idea that everybody wants to race around at 25, 30, 40 knots which is absolute nonsense to my mind, the joy of being on a yacht is to enjoy home comforts in a stylish, luxurious space and be able to move it wherever you want. Get a small boat if you want to race around.

Designing yachts takes a lot of creative flair but also a lot of training as well, how did you begin?
I think the thing that helped lead to my success is that I had formal training in architecture where you have to respect structural engineering requirements. When I first got involved in yacht design, it was some time ago and since then things have changed, but I was really quite shocked at what was being offered by naval architects. I was startled at the waste of space, I remember asking why do they put the engine in the middle as it’s the most comfortable part of the boat and why put the sleeping areas over the propeller which is where a lot of the noise comes from. It seemed so stupid when looking at it from a planning point of view. It was about looking at how to use the space efficiently. Subsequently I have spoken to crew who like working on my yachts because they recognise that the running of the yacht was simpler and easier on them as a result of the yacht being properly planned.

Is the functionality and expertise of your designs why you're one of the most awarded designers in the industry?
Well I just take a very simple and practical approach, if these yachts are going to be successful; they have to be designed to be built. A lot of the stuff I see just doesn’t do it.

Do you have any advice for those starting off in the superyacht design industry?
That’s a big question... don’t think that just because you can organise CAD and use 3D that you’re a good designer. It’s as simple as that, if you have talent it will show in your presentations. I’m on the judging committee for the Boat International Awards for Young Designer of the Year which means going through 45 submissions and, whilst having no desire to knock young designers, they should realise that they’re not designing boat models or shoes, although a lot of them look as if they are, they’re designing a vessel which is meant to be built. It’s built to safeguard lives and has to be maintained, it has to be cleaned, etc. but designs showing these vast areas of glass on the sides of big yachts just aren’t possible. A lot of these designs are obviously created to be dramatic. I may be putting too much of a practical note on too many things, but practicality can not be ignored if the design is to get even close to being built.

Out of the new and established designs or designers are there any concepts that you respect at the moment?
Again, I don’t want to name names but there are one or two people who I have the utmost respect for but there are also those that seem to get away with designing the same thing no matter what size the project is ... it may be good business but to my mind it doesn’t follow that it is good design. This cut and paste approach to design is not necessarily the right way to go about it. I try and open a new project as a new project, I try and forget what has gone on with the last one so as to give it a completely new look.

What’s the proudest of your work?
I’ve always enjoyed certain works, I like what I do anyway, but I enjoyed developing the Lady Marina, the first and the second. That was for an owner who had chartered yachts, he knew what he wanted and he told me when it was over “What I liked about working with you, is that you actually listened to what I had to say” which is what I consider is my role as a designer, to listen to and interpret the owners wishes. I also enjoyed doing the Excellence as I was given a pretty free hand by the yard and the owner came along, bought the yacht when the design was complete and changed hardly anything. It became, and still is, one the most successful yachts going... so I must be doing something right.

So would you agree with the fact that the recent slump in sales and new orders has affected design commissions?
It certainly has, for example I had three major projects just stopped, not that the owners didn’t like the designs; it was just that the economical situation didn’t work for them. I go back to what I said earlier, we will have to see which designs will come through as we are all in similar situations where whether designers or yards we all face the prospect of chasing the same few potential clients.

What’s next for you?
I will continue, I’ve been through one of these lulls in the early 90’s and it can be endured, I will try and maintain my high quality of design. I think that I will ride the storm as planned future meetings and evidence of recent days may lead to new projects.

Do you have any new designs at the moment?
Yes, I’m designing a new 50-odd metre, a 140-odd metre. I’d rather know that these things are going to happen before I tell you the specifics, because if magazines pick up on a design and it’s taken out of context if it’s not a real project, it doesn’t really have any value other than as another pretty picture.

Donald Starkey has worked on multiple influential superyachts throughout his career, most of which feature in our Top 100. Ranging from the 57m Excellence III, 64m Lady Marina, 65m Trident, 72m Queen K, 73m Laurel and the stunning 136m Savarona, his portfolio of previous and current works alongside with 20 years of experience stand behind his words, as evidence that this designer is one of the most prolific and sought after in the industry.

"I just take a very simple and practical approach, if these things are going to be successful; they have to be designed to be built. A lot of the stuff I see just cannot do it."

"I just take a very simple and practical approach, if these things are going to be successful; they have to be designed to be built. A lot of the stuff I see just cannot do it."

Donald Starkey
By B. Roberts