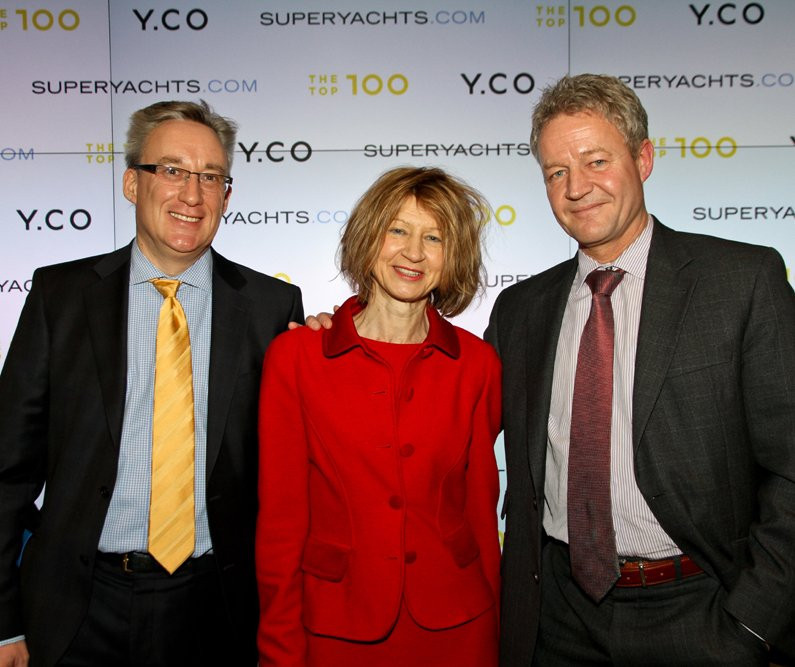 After launching Eclipse, the world’s largest yacht, and Palladium in 2010 CEO of Blohm + Voss Dr. Herbert Aly joined us at the preview launch of the Top 100 Forecast in London to discuss why Blohm + Voss are one of the forerunning shipyards in the world today.

Commenting on the magnitude of the Eclipse construction project, Dr. Aly commented; “It’s hundreds of people who contributed to this stunning vessel over a period of five or six years … it’s a lot of time going in, plenty of people contributing. If you’re aware, I would say 80% of all value to be seen in the vessel as of today has come from sub-contractors. It creates a lot of jobs.”

The creation of Eclipse (162.5m) brought a lot of attention to the superyacht market through the display of the complexity and size of the yacht and the mystery surrounding the largest yacht in the world. However, a new largest yacht is on the horizon and is already creating a stir across the world.

Blohm + Voss has also announced the upcoming launch of the 82m superyacht project Graceful in collaboration with H2 Yacht Design which will be entering the Top 100 soon. You can view our latest predictions on the 2013 Top 100 Forecast which is has now been launched.