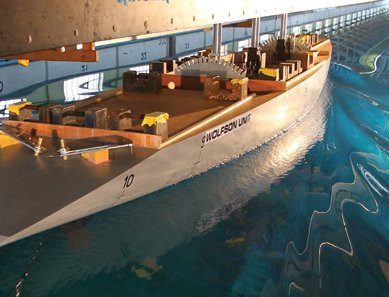 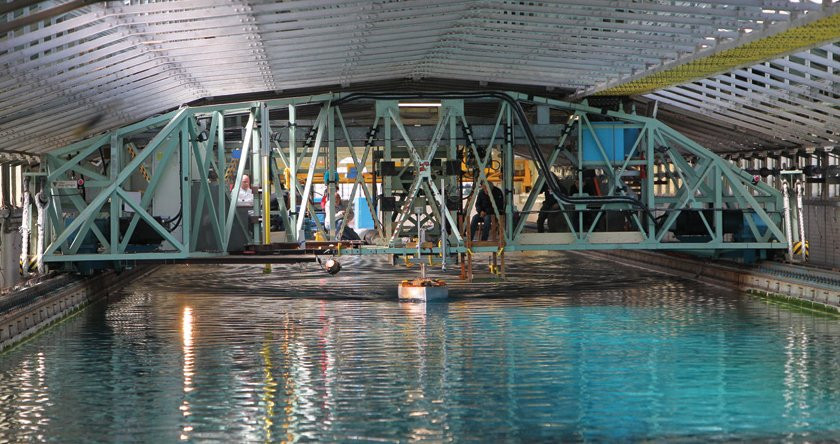 The Wolfson unit – probably the world’s most experienced research establishment with regards to sailing yachts – were approached to conduct the large model tank testing.

The Haslar tank (measuring 270m long) was used with a 1:17 scale model (5.88m in length – 19ft) which was towed at scale speeds of up to 26 knots. The test itself is an invaluable tool for yacht designers; offering a sense of visual calculation on top of accurate computer predictions as well as allowing amendments to balance, centerboard design, rudder design and other vital areas.

A release from Dubois stated, “The tests confirmed our expectations of this yacht’s performance. Also tested was the specialist 16m high-speed tender. Again our computer predictions were confirmed. This model was also run in waves as it is a requirement that the vessel should be dry and comfortable in a wide range of sea states.

With naval architecture by Dubois, interior design by Josep Juanpere Miret of GCA Arquitects Associats, and project management by Klaus and Sebestian Allebrodt, this project is progressing in fine style!”