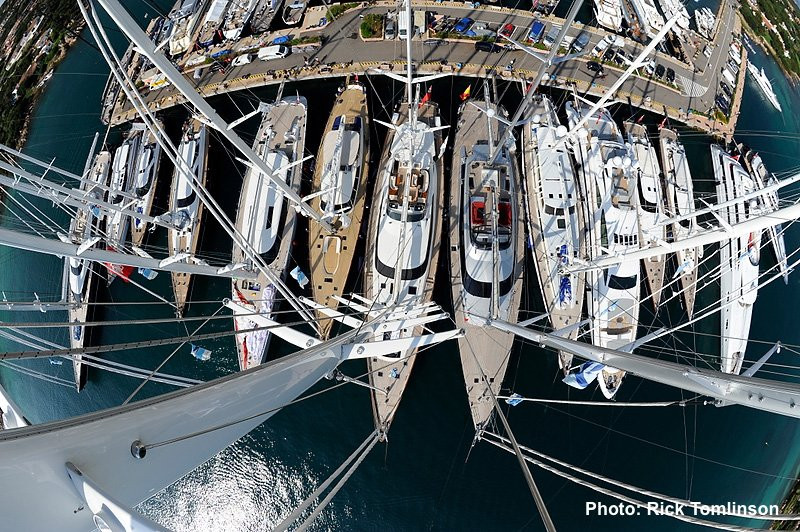 The 2011 Dubois Cup came to a close yesterday, with the 44.8-metre ketch Timoneer emerging as victor.

The 30-metre Nostromo took second place in the overall classification ahead of the 49.7-metre fast cruising sloop Zefira.

The Sardinia event saw a total of nine sailing superyachts competing as well as a spectator fleet of sail and motor yacht. In total, 14 Dubois-designed vessels lined the quays of the Porto Cervo Marina.

Competing yachts were set a 17 nautical mile course which took them up along the coast of north-east Sardinia, through the strait between Capo Ferro and the Isole delle Bisce islet before an upwind beat to Monaci island and a downwind run to the finish line off Porto Cervo.

The 2010-launched Zefira was the fastest yacht around the course but Timoneer's handicap rating saw her claim overall victory.

"We were lucky after the windward mark - we gybed and came inshore as the wind shifted in our favour - just as we hoped it would!" says Timoneer's skipper and helmsman Phil Wade.

"And then at the end we were lucky again - I was sure Nostromo was going to beat us across the line, and Zefira was also close. So we chose to split with them again - and again we got the breeze."

Proceedings culminated with a prize giving ceremony during which every yacht received a hand-engraved black crystal bowl as a memento of the third Dubois Cup.

Those placed first, second and third in the racing were also presented with trophies from the YCCS. Overall winner Timoneer received the Dubois Cup, a sculpted carbon-fibre sail designed by Dubois Naval Architects.

There followed a barbecue and dancing at the Yacht Club Costa Smeralda's Clubhouse.

As has become tradition at the Dubois Cup, Ed Dubois, founder and CEO of Dubois Naval Architects, made a personal appeal to support research into childhood illness. The Dubois Child Cancer Fund was recently set up to fund research into the childhood cancer Neuroblastoma.