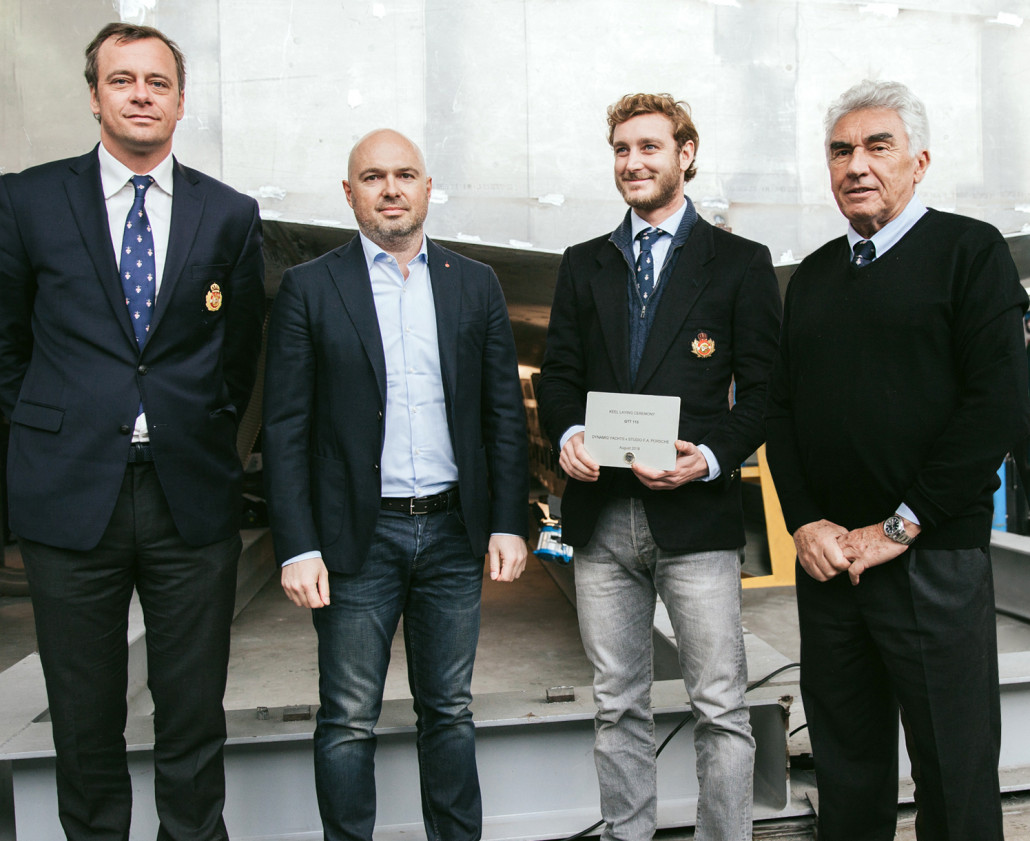 Following the traditional keel-laying ceremony, where Dynamiq CEO Sergei Dobroserdov was honoured to host Pierre Casiraghi, a member of the Monegasque royal family, and Bernard d’Alessandri, Secretary General of the Monaco Yacht Club, at the yard where the GTT 115 is now taking shape in Viareggio, Italy

The new-build project has been kept top secret, but Dynamiq has now revealed that the aluminium hull and superstructure have been attached, and mechanical outfitting and exterior fairing is under way. We look forward to delivering more information on the project as it emerges in the coming days.