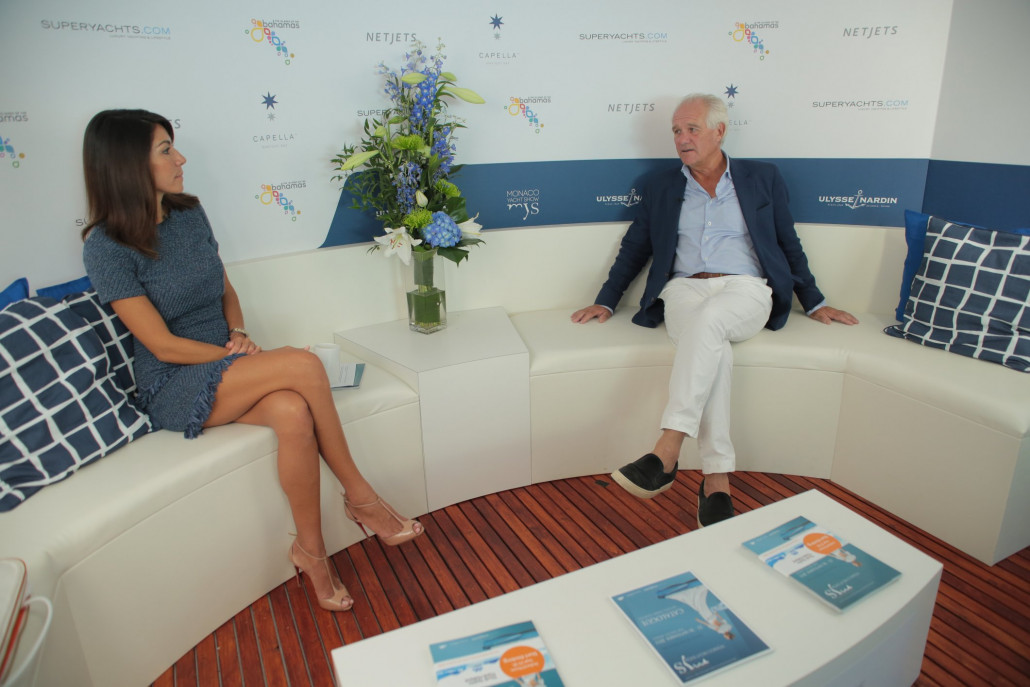 With six yachts flying under the Dubois banner at the Monaco Yacht Show, we caught up with revered designer Ed Dubois to find out more about the boats on display as well as the projects on the drawing board as they celebrate 40 years in business.

“In 1975 I got my first commission to design a yacht for a guy I sailed with,” explains Ed Dubois, “He took a big risk I guess but happily his risk paid off and we designed a racing yacht which won quite a few races and all of a sudden I found myself in business.”

This year, after four decades of high-grade design, Dubois launched their latest motor yacht KISS with Feadship. Ed Dubois explained about the future projects under way at the studio as well as the upturn in market attention sailing yachts are receiving.

“I think the sailing yacht market is smaller than the motor yacht market [...] It’s still there, we’re designing a 58 metre which is being built by Huisman in Holland which is a great project and we have two other projects underway which are going out to tender right now. So the market is still there but it’s not as big.”

The 58m Huisman project in question is otherwise known as The Beast, an exciting project which came on the scene last year and has been under construction with Royal Huisman.

“[Huisman] has turned the hull the right way up on July 17th this year, so she’s been upright for two months. She won’t go in the water until February 2017 so she still has a year and a half to go. Delivery is in the Mediterranean after trials in Holland on May 1st 2017, we’ve been very lucky to build a project with Huisman.”